Implicitly challenging the weak 2016 Paris Agreement, scientists say climate change is part of the broader global emergency and any responses must reflect that. 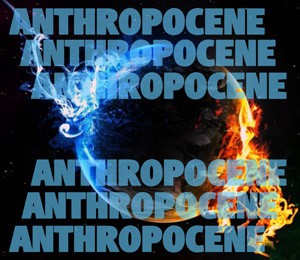 This week’s special report on global warming has been widely reported in the mainstream media, but no account I’ve seen has mentioned that for the first time the Intergovernmental Panel on Climate Change has explicitly linked climate change to the broader implications of Anthropocene science. The IPCC says that  the Anthropocene provides a framework for understanding the scope of global change, and shows that some proposed measures to reduce emissions may cause worse harm in the global south.

This is an important advance in the IPCC’s approach to climate change, going beyond that single (very important) issue to viewing it as part of the global emergency that threatens society’s metabolic relationship with the rest of the Earth System. Although the report is written under the auspices of the 2016 Paris Agreement, this emphasis is implicitly a strong challenge to that toothless accord.

The report’s discussion of the Anthropocene appears below.  To improve readability, I have added paragraph breaks and omitted citations, and inserted some explanatory notes in square brackets. For the original text, download Chapter One of ‘Global Warming of 1.5°C’ (pdf).

There is no single answer to the question of whether it is feasible to limit warming to 1.5°C and adapt to the consequences.

Feasibility is considered in this report as the capacity of a system as a whole to achieve a specific outcome.

The global transformation that would be needed to limit warming to 1.5°C requires enabling conditions that reflect the links, synergies and trade-offs between mitigation, adaptation and sustainable development.

These enabling conditions have many systemic dimensions—geophysical, environmental-ecological, technological, economic, socio-cultural and institutional—that may be considered through the unifying lens of the Anthropocene, acknowledging profound, differential but increasingly geologically significant human influences on the Earth system as a whole.

This framing also emphasizes the global interconnectivity of past, present and future human–environment relations, highlighting the need and opportunities for integrated responses to achieve the goals of the Paris Agreement.

The overarching context of this report is this: human influence has become a principal agent of change on the planet, shifting the world out of the relatively stable Holocene period into a new geological era, often termed the Anthropocene.

Responding to climate change in the Anthropocene will require approaches that integrate multiple levels of inter-connectivity across the global community.

The Anthropocene: Strengthening the global response to 1.5°C global warming

The concept of the Anthropocene can be linked to the aspiration of the Paris Agreement.

The abundant empirical evidence of the unprecedented rate and global scale of impact of human influence on the Earth System has led many scientists to call for an acknowledgement that the Earth has entered a new geological epoch: the Anthropocene.

Although rates of change in the Anthropocene are necessarily assessed over much shorter periods than those used to calculate long-term baseline rates of change, and therefore present challenges for direct comparison, they are nevertheless striking.

The rise in global CO2 concentration since 2000 is about 20 ppm/decade, which is up to 10 times faster than any sustained rise in CO2 during the past 800,000 years.

Since 1970 the global average temperature has been rising at a rate of 1.7°C per century, compared to a long-term decline over the past 7,000 years at a baseline rate of 0.01°C per century.

The geological dimension of the Anthropocene and 1.5°C global warming

(i) the Anthropocene has a geological merit;

(ii) it should follow the Holocene as a formal epoch in the Geological Time Scale; and, that

(iii) its onset should be defined as the mid–20th century.

Potential markers in the stratigraphic record include an array of novel manufactured materials of human origin, and “these combined signals render the Anthropocene stratigraphically distinct from the Holocene and earlier epochs.”

The Holocene period, which itself was formally adopted in 1885 by geological science community, began 11,700 years ago with a more stable warm climate providing for emergence of human civilization and growing human-nature interactions that have expanded to give rise to the Anthropocene.

The Anthropocene and the challenge of a 1.5° C warmer world

The Anthropocene can be employed as a “boundary concept” that frames critical insights into understanding the drivers, dynamics and specific challenges in responding to the ambition of keeping global temperature well below 2°C while pursuing efforts towards and adapting to a 1.5°C warmer world.

The UNFCCC [United Nations Framework Convention on Climate Change – IA] and its Paris Accord recognize the ability of humans to influence geophysical planetary processes.

The Anthropocene offers a structured understanding of the culmination of past and present human– environmental relations and provides an opportunity to better visualize the future to minimize pitfalls, while acknowledging the differentiated responsibility and opportunity to limit global warming and invest in prospects for climate-resilient sustainable development.

The Anthropocene also provides an opportunity to raise questions regarding the regional differences, social inequities and uneven capacities and drivers of global social–environmental changes, which in turn inform the search for solutions as explored in Chapter 4 of this report.

It links uneven influences of human actions on planetary functions to an uneven distribution of impacts  as well as the responsibility and response capacity to for example, limiting global warming to no more than a 1.5°C rise above pre–industrial levels.

Efforts to curtail greenhouse gas emissions without incorporating the intrinsic interconnectivity and disparities associated with the Anthropocene world may themselves negatively affect the development ambitions of some regions more than others and negate sustainable development efforts.