BP statistics show we are far from meeting the emission reduction targets adopted in the Paris Agreement. In 2017, we took a step backwards. 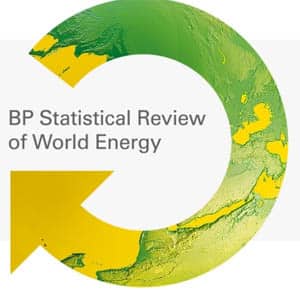 BP statistics show we are far from meeting the emission reduction targets adopted in the Paris Agreement. In 2017, we took a step backwards.

Last June 13, the British Petroleum company presented, as they do every year, their Statistical Review of World Energy 2018. This is one of the reports often used by agents and analysts to understand the evolution of the energy sector at the global level, and their database is a customary reference point for researchers. The report is quite exhaustive and contains not only information from last year, but also historic data on consumption and production of all energy sources over recent decades.

The principal conclusion that can be reached from a review of the data presented for last year is that we are far from fulfilling the goals of reducing the threat of climate change according to the objectives of the Paris Agreement. In 2017, we have taken a step backwards with respect to the timid advances that appeared in the two preceding years: the use of fossil fuels continues to grow, the increase of the share of renewable resources is much lower than what is needed and the emissions are increasing rather than decreasing.

After three consecutive years of relative stabilization of global carbon emissions derived from the consumption of energy – a motive for hope in the previous BP report – these emissions began to increase again in 2017, due to the increase of global energy demand and especially to the increased consumption of coal, a fuel that was believed to be in decline. The world energy consumption grew 2.2% last year – the greatest increase since 2013 – and carbon emissions were 1.6% greater than in 2016. In the words of Spencer Dale, the head Economist of the BP group, the report is both “striking and worrying.”

Many of the strategies for reducing the emissions of carbon rely on converting the greatest quantity possible of final uses of fossil fuels to electricity. The electric automobile is one of the paradigmatic examples of these new strategies. But the electricity sector is not becoming “cleaner.” The electricity generation sector is at present the greatest demander of primary energy – more than transport or industry – and represents a third of the carbon emissions of the energy sector. That is to say, the measures of conversion to electricity can only reduce emissions if electricity comes from renewable sources. If the contrary is true, the result could be the opposite of the goal.

What Dale finds striking and worrying is that in spite of the extraordinary growth of renewable energy and all the efforts to substitute cleaner sources for electricity generation, “there has been almost no improvement in the power sector fuel mix over the past 20 years.” According to his analysis – as born out in the data in the report – the percentage of carbon in the electricity sector in 2017 was 38%, the same proportion as in 1998. With the aggravating factor that, since electricity consumption is far greater, in absolute terms the 38% of present consumption is markedly greater than the 38% of twenty years ago. And in general, the share of fossil fuels continues to be as high as when the Kyoto Protocol was signed in 1997. “I had no idea that so little progress had been made until I looked at these data,” Dale says.

“To have any chance of getting on a path consistent with meeting the Paris climate goals” the economist continues, “there will need to be significant improvements in the power sector. But this is one area where at the global level we haven’t even taken one step forward, we have stood still: perfectly still for the past 20 years.” This is an even more striking and worrying affirmation given that it comes from an enterprise whose business is based on the sale of hydrocarbons.

The consumption of petroleum, in particular, continues to grow, according to the report. The demand for crude oil grew by 1.7 million barrels per day (mdb), an increase significantly greater than the average of the last ten years (1.1 mdb). To put this fact in context, the average growth of the past five years is at its highest level since the height of the commodity super-cycle in 2006-07. This happened even with all the advances in efficiency in the use of energy, the reduction of energy intensity, and the growth of renewable energy, etc. All these factors are real and are happening, but the increase in oil consumption continues apace. In the opposite direction, the percentage of modern renewable energies such as solar, wind and geothermal, remains at a level of barely 4%.

Nevertheless, this world tendency has not been the same in Latin America. According to the report that we have been analyzing, in South and Central America the participation of petroleum and of natural gas has decreased by 1% each, this space has been filled by an increase of 1% in hydroelectricity and a further 1% in other renewable sources. Similarly, the growth in demand for energy has been less than in the rest of the world – with a 0.8% increase in contrast to the world average of 2.2% – and energy emissions have been reduced by 1%. These differences are more related to the fall of the regional GDP than to measures of efficiency or energy planning. One should not forget that the GDP of Latin America has fallen over the past three years while the global GDP has increased and that economic growth is the principal driver of electric energy consumption and of emissions.

In the case of electricity generation, in 2017 there was a 3% greater participation of renewables, matched by a decrease of the same percentage for electricity from fossil fuels. The presence of hydroelectricity in the region continues to be an exception in the world, with 55% of all the electric energy produced. In spite of this, three-quarters of all the energy consumed in the region still comes from non-renewable sources.

The production of petroleum in South and Central America, taken as a whole, continued to fall for the second consecutive year in 2017 and is practically at the volumes of ten years ago. Nevertheless, there are notable differences between countries with extremes that go from an increase of 4.8% of petroleum production in Brazil – compared to 2016 – to a reduction of 11.6% in Venezuela. Something similar occurs with the production of natural gas that increased by 12.4% in Brazil but decreased by 6.5% and 6.9% in Colombia and Peru respectively.

One novelty in this year’s BP report compared to similar past reports is the inclusion of data on reserves and prices of four raw materials that are important for the production of renewable energies: lithium, cobalt, graphite and rare minerals. The availability and cost of these necessary inputs for the manufacture of batteries, solar panels and aero-generators, begins to be indispensable for evaluating future trends. In particular, cobalt and lithium for the production of the batteries of electric automobiles have already begun to signal a rise in prices due to the growth of demand. The production of cobalt has grown at a rate of 0.9% annually since 2010 and its price more than doubled in 2017. The production of lithium has increased by 6.8% annually over the same period and its price grew 37% during the past year.

Often one loses sight of the fact that, while the source of energy may be renewable, such as sun or wind, the technology necessary for its capture is not. The minerals, metals and other raw materials necessary for making photovoltaic cells, windmills and batteries are finite, not renewable and in some cases are rare. Their exploitation brings growing economic and energy costs – in addition to environmental damage – and data on reserves and prices has become necessary. The appearance for the first time of this information in the annual BP report is a clear signal that these factors are beginning to preoccupy energy planners