Will the EU ban technology that electro-shocks fish into nets before bottom-dwelling fish in the North Sea are driven to extinction? 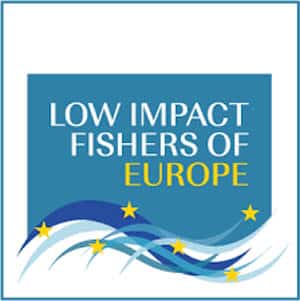 Low Impact Fishers of Europe (LIFE) aims to provide a voice at EU level for European fishers who are smaller scale and who use low impact fishing gears and methods.

In January this year, the parliament of the European Union voted to begin the process of banning electrical pulse fishing from its waters. Each member state will now have to discuss whether it should become law. A ban would be a real victory for fishers from France, Belgium, Britain and the Netherlands who have campaigned against pulse fishing, which sends electrical charges down cables to stun sole and plaice off the seabed. Brown shrimp are caught with similar gear.

Boat owners from the Netherlands have led the lobbying for pulse fishing which meant in 2007 that five percent of the beam trawl fleets of all member states were allowed to fish using electricity in the southern North Sea. Permissions have been extended since then and around 100 boats working in the North Sea now use electrical pulse fishing gear, of which at least 76 are based in the Netherlands.

These boat owners stand to lose most from a ban because they have invested heavily in fitting boats with electrical trawl. The refits are expensive—around £300,000 each but the gear is so much lighter than the older beam trawls that it needs half as much fuel. This is why last month the Netherlands government appointed Cees Veerman, former minister of agriculture as its chief lobbyist to try to halt the ban. If he succeeds, pulse fishing will remain attractive as long as owners have access to enough quota to make it profitable while repaying loans taken to pay for the gear.

But how long that remains is one of the big questions because fishers campaigning against electrical pulse fishing argue that it is destroying fish stocks.

The main target species for pulse fishing in the North Sea are sole and plaice—evolutionary wonders that have adapted to hunt their prey by lying on their blind side on the sea bed. In their larval stage flatfish are very similar to round fish but as they metamorphose into adults one eye migrates across the top of the head and onto the other side of the body. The fish becomes blind on one side, loses its swim bladder and sinks to the mud or sandy seabed to wait for its prey.

The proponents of electrical pulse fishing argue that this method causes less by-catch or unwanted species in the nets, because other fish are less susceptible to the electrical charge than sole or plaice.  This isn’t true of the mature cod found in the pulse fished areas with backbones snapped by electric shocks. They also argue that it is less damaging to the environment than the beam trawling. But again this isn’t saying much, since beam trawlers use “ticklers,” heavy chains beneath the trawl that “tickle” flatfish into nets, often smashing up the seabed as they go.

An organisation of fishers working with gillnets, rod and lines, and small boats called,  Low Impact Fishers of Europe (LIFE) produced a report last year on the current state of the fisheries its members work and the damage done since pulse fishing was introduced in their areas. It contains statements of fishers from Belgium, Britain, France, Ireland and the Netherlands.

The amount of electrical current is regulated but one fisher reports finding, “dead fish with burns, dead sole and broken cod,” another who fishes from Nieuwpoort in northern Belgium says that his sea bass catches have been reduced by 60 percent and that he won’t find any fish within a mile of pulse fishing.

Dead and dying cod and whiting have been found in the wake of the pulse boats and as more boats are equipped with electrical equipment they have spread out across to North Sea up to 12 miles from the coast of Britain. These boats are working soft and hard ground and there is less space for the sole to hide. The sole’s spawning areas are also under pressure from dredging.  The report concludes that electrical pulse fishing practically guarantees overfishing because so few sole escape.

The International Council for the Exploration of the Sea (ICES) is the internationally recognised body of scientists which provides governments with advice on fish stocks and sustainability. ICES has advised that catches of Sole in the North Sea in 2018 should be no more than 15,726 tonnes. This is because its figures from 2017 show that while the strength of the sole stock to resist collapse has improved since 2007, it is a species that does not recover quickly when it is overfished.

The North Sea, like the rest of world’s seas and oceans, is under pressure from warming water linked to climate change that disrupts feeding and spawning areas. Fish stocks are also being undermined by pollution and environmental degradation.

But there are competing pressures to fish beyond sustainable limits, overseen by the committee set up to develop the European Commission’s Common Fisheries Policy, the Scientific, Technical and Economic Committee for Fisheries. The STECF is meant to ensure, “fishing and aquaculture are environmentally, economically and socially sustainable” while it works to “foster a dynamic fishing industry.”  But this encapsulates the contradictions and problems with the EU’s plans for fisheries. It talks about sustainability for the fish stocks, the environment and for the people who live by them but it is committed to developing capitalism—a system driven by its end product—profit.

The EU’s Commons Fisheries Policies for more than 40 years have institutionalised overfishing and environmental destruction by handing quotas, subsidies and loans to the relatively few owners and companies that could “maximise efficiency.” The results have been systemic overfishing and illegal fishing while tens of thousands of small boat owners in fleets around the coasts of the EU were driven out of business because they could not compete.

Subsidies since 2015 have included at least 5.7 million Euros of public money given to develop the pulse fishing fleet in the Netherlands under the guise of “innovation” and “better practises.” These are huge amounts of public money that could be supporting low impact fishing, training and sustainable innovation in fisheries rather than another technology that could be even more destructive than beam trawling. Instead EU policies underpin a system that where boat owners and businesses need over growing profits to compete with other companies. Increasing numbers of boats are looking to use electrical pulse equipment now to maximise profits despite long-term decline in fish stocks which will only get worse. We need a different approach to fishing instead of this race to the bottom.

Many countries have stopped fishing with electricity including China, which banned it from the East China Sea in 2001 because it proved so destructive. It is time the European Union banned electrical pulse fishing or we can expect similar levels of destruction of fish stocks here very soon.