For social movements and climate justice campaigners, the US abandonment of the agreement is disappointing, but there is also a unity in understanding that the future of humanity on this planet does not rest on leaders alone. 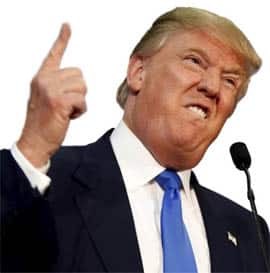 Withdrawing from the UN Paris Climate Accord is one of more than a hundred electoral campaign promises that Donald Trump made. By delivering on that promise, the US now joined Nicaragua and Syria, the only countries that did not sign the agreement. Nicaragua did not sign due to indifference or denialism of climate change, it’s reason was the contrary. Nicaragua’s decision was based on its view that it is not enough to address the climate crisis. Syria is in the middle of civil war and under US and European sanctions.

Trump’s decision to pull out of the Paris Agreement is undeniably wrong, narrow-minded, irresponsible, and destructive. It is right that concerned people all over the world are appalled and world leaders are condemning the normalization of climate denialism by the current United States administration. But, let us also be reminded of the important facts about the UN Paris Agreement and look at how this affects the status of the US as a world leader.

Climate justice campaigners in the global south, alongside many in the US, know that the US, even before Trump’s election, is quite far from being a “climate leader.” The US is the biggest historical greenhouse gas emitter and source of almost a third of the global carbon emissions. Despite that, it has weakened the Kyoto Protocol and has consistently used its power in the climate negotiation, together with other rich countries, to water-down or reduce the ambitions of the process. The market mechanisms and the overall climate politics of the process favored climate profiteers or global corporations and the interests of rich countries.

The Paris Agreement is non-binding and falls far short of what must be done to even reach the already-weak target of keeping global average temperature increase to under 2 degrees or even the more ambitious 1.5 degrees in the preamble of the agreement. The international climate regime perpetuates the subordination of the global south and many solutions that comes out of it at best, do not match the scale of the problem or at worst, are false solutions. Telling the rest of the world that the US will no longer do what it intended to do as its contribution in the 2015 accord is the height of irresponsibility and arrogance.

The UN climate process has been frustrating for many developing countries who attend it in the hope of pushing for globally-binding and appropriate solutions to climate change. Poor and vulnerable countries that have contributed very little to the current level of greenhouse gasses are already experiencing tremendous climate-related catastrophe. The people of Carteret Islands of Papua New Guinea have already been dislocated and have become the first climate refugees, while farmers in many countries in sub-saharan Africa are already finding it difficult to farm and are losing their livelihoods. Archipelagic countries like the Philippines are increasingly visited by severe storms. Many cities are facing the possibilities of sinking under the increasing sea level rise. Even the US is not spared from flooding.

Trump’s action on the climate front definitely disturbs the climate regime, however, the ecological equilibrium of the planet does not rest on the current process as it is now, nor on the success of the Paris Agreement. The bigger implication of Trump’s action is on how the world should now see the US. For better or worse, the world looks up to America’s leadership in problem solving. It is the cornerstone of current global economic, political, financial, and climate regimes. Trump’s short-sighted and ill-informed reasons for walking away from the climate accord is an aggressive act of shattering the very world order that it has painstakingly built. In its anxiety of losing its status as the world’s richest economic superpower, it is retreating to insularity.

An insecure superpower is a dangerous superpower. Diplomacy is about harmoniously using power and ethical credibility. Under the Trump presidency, the US is fast losing its credibility to lead. Trump’s action reveals his total disregard for the fate of humanity. His refusal to understand facts and accept scientific findings about climate change expose his limitations and weakness.

Theresa May has been strongly criticized for her earlier refusal to join European leaders in a chorus of condemnation of the US withdrawal from the Paris Agreement on climate change while the leaders of Germany, France and Italy jointly expressed their stronger views.

For social movements and climate justice campaigners, the US abandonment of the agreement is disappointing, but there is also a unity in understanding that the future of humanity on this planet does not rest on leaders alone. In the US, big protests are already happening and the scientific community has already collectively criticized their president’s lack of regard to science. It is expected that massive protests in different countries will continue to express opposition against Trump, as well as the more important efforts to propose alternatives.