John Bellamy Foster: This administration is not just a cabal of ignoramuses. Behind the right’s climate denial is the economic reality that seriously combating capitalism’s war on the planet requires the defeat of the system.

This administration is not just a cabal of ignoramuses. Behind the right’s climate denial is the economic reality that seriously combating capitalism’s war on the planet requires the defeat of the system.

John Bellamy Foster is editor of Monthly Review and a professor of sociology at the University of Oregon. He is coauthor, with Paul Burkett, of Marx and the Earth (Haymarket, 2017). 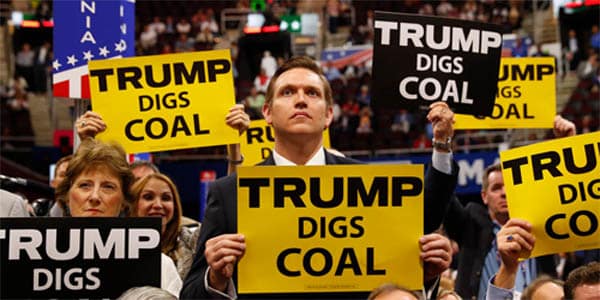 This is the lead article in the February 2017 issue of Monthly Review.

The alarm bells are ringing. The climate-change denialism of the Trump administration, coupled with its goal of maximizing fossil-fuel extraction and consumption at all costs, constitutes, in the words of Noam Chomsky, “almost a death knell for the human species.” As noted climatologist Michael E. Mann has declared, “I fear that this may be game over for the climate.”

The effects of the failure to mitigate global warming will not of course come all at once, and will not affect all regions and populations equally. But just a few years of inaction in the immediate future could lock in dangerous climate change that would be irreversible for the next ten thousand years. It is feared that once the climatic point of no return—usually seen as a 2°C increase in global average temperatures—is reached, positive-feedback mechanisms will set in, accelerating warming trends and leading, in the words of James Hansen, former director of NASA’s Goddard Institute for Space Studies and the foremost U.S. climate scientist, to “a dynamic situation that is out of [human] control,” propelling the world toward the 4°C (or even higher) future that is thought by scientists to portend the end of civilization, in the sense of organized human society.

Although the United States currently contributes only about 15 percent of global carbon-dioxide emissions, a failure on its part to act to reduce emissions would push the world more decisively toward the 2°C tipping point. Moreover, in the apparently likely event that the principal per-capita global emitter and the hegemonic global power chooses to bow out, any worldwide effort to reduce carbon emissions will be severely jeopardized. For this reason, climate scientists are increasingly turning from the United States to China as the main hope for leadership in combating climate change.

At this critical moment in history, three questions need to be answered: