Climate and Capitalism, ”an ecosocialist journal, reflecting the viewpoint of environmental Marxism,” was born on January 29, 2007. Ten years and 2500 articles later, C&C’s second decade has begun. 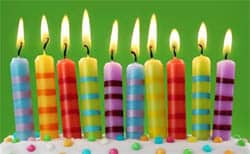 Ten years ago, I wrote an article on the movement against climate change for the webzine Socialist Voice. It finished: “echoing Marx and Engels and Luxemburg, we must say that humanity’s choice in the 21st Century is Ecosocialism or Barbarism.”

While preparing the article, I realized two things.

The first rather obvious point, was that there was much more to be said about the connection between capitalism and ecological destruction than would fit in one article.

The second was that although a growing number of people viewed themselves as ecosocialists, there were no blogs or websites devoted to ecosocialism and ecological Marxism. Some dealt with those subjects among many others, but none gave it the full attention it deserved.

Those observations led directly to the launch, on January 29, 2007, of Climate & Capitalism, “an ecosocialist journal, reflecting the viewpoint of  environmental Marxism.” The first article, cross-posted from Green Left Weekly, was “Carbon Trading: A Corporate Scam.” The second was my article, “Confronting the Climate Change Crisis.”

And so it began.

In ten years, C&C has published some 2,500 articles, statements, reviews, interviews and talks from around the world. 250 a year, on average. Exactly five years ago, Climate & Capitalism joined Monthly Review‘s  group of websites. C&C has remained editorially independent, but the relationship with MR has provided invaluable political collaboration and technical support, as well as exposure to their worldwide audience.

I simply cannot imagine a more satisfying way to spend my time than working with and learning from the ecosocialist activists and writers on six continents who have contributed the articles, ideas, criticisms and compliments that make C&C possible.

I’m looking forward to another decade. Thank you all!