A three-week discussion of ‘The World in 2050: Imagining and Creating Just Climate Futures’ has begun on a computer screen near you. 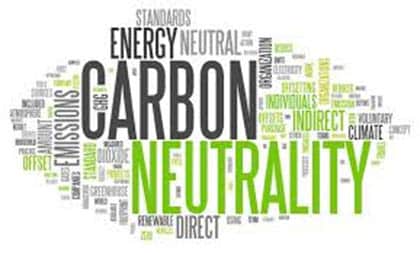 A three-week discussion of ‘The World in 2050: Imagining and Creating Just Climate Futures’ has begun on a computer screen near you.

What if we held a conference and nobody came? And what if that is what made it a success?

This is the story of an idea that is taking form in a sleepy little university town on the west coast of the United States called Santa Barbara.

Once upon a time, there was a professor of English, Ken Hiltner, who thought that the humanities can and should do more to help humanity deal with the biggest threat humans have ever faced.

Nearby lived a sociologist who had come to believe in the quaint idea that academics who studied radical social change had an obligation – or at least he felt he did – to leave the academy and get involved in the streets and communities where ordinary people wanted much the same things that he meant by radical social change: adequate shelter, nutritious food, meaningful occupations, education for their children, enough to live on, cultural diversity and creativity, and to be on good terms with all their neighbors. Oh, and also to have a say in the affairs of the land. And have clean water. And air.

One day, the two got together, and thought about it. The climate crisis that was bearing down on the world and the planet was going from bad to worse, and neither the scientists who had discovered it nor the politicians who were supposed to fix it nor the big corporations who had caused it nor, for that matter, many of the environmentalist organizations that they knew of, could or would do much about it. And sadly, not that many professors, either.

They had a chance to act on this idea when they got put in charge of a program called Critical Issues in America (naturally they had said that climate change was at the top of that list), and came across a petition by a group of mostly British climate scientists saying that people who study and know about the climate crisis shouldn’t be flying all over the world to tell each other about it.

Ken, who was a little nerdy and quite handy with computer stuff, realized that relatively cheap, high quality videos, even those produced with just a phone, could be sent around the world without using so much fossil fuel as flying somewhere to give a fifteen minute talk in a hotel room with seven other people that would leave no trace as soon as it was over.

John, who was an incurable romantic, immediately thought that that was a brilliant idea, and so the two got together and cooked up a conference where anyone could give a talk, no one had to fly to, and which anyone could attend and even participate in wide open discussions about the talks.

They thought that asking people to think about what the world would be like in 2050 would get a conversation going, and so they called the conference “The World in 2050: Imagining and Creating Just Climate Futures,” and they invited the whole world to attend for three weeks starting on Monday, October 24 by going to a website at http://ehc.english.ucsb.edu/?page_id=14895 to see what was going on.

Then they stayed home and waited to see what would happen.