Canadian activists are finding ways to use t 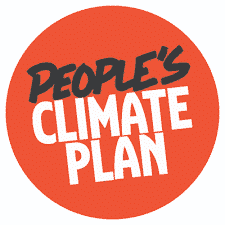 The first two public consultations on climate action organized by Canada’s national government in Toronto, gave strong support to the demands of the People’s Climate Plan (PCP), an alternative to federal climate-related proposals. [1]

The two concepts most frequently voiced at the gatherings, held June 17 and June 24, were support for Indigenous rights and opposition to further expansion of fossil fuel infrastructure. Participants listened attentively to the government’s presentations but offered no congratulations for its initial proposals.

At a related Toronto consultation on June 15 on the Trans-Pacific Partnership (TPP) trade deal, also held by the federal government, was met by sharp and near-unanimous opposition from an audience of several hundred. If ratified, the deal would place further legal barriers in the path of meaningful climate action.

The People’s Climate Plan is a tool to promote public engagement with these government initiatives and formulation of an alternative. Judging by the first two Toronto consultations, it provides a useful starting point.

The federal government proposes to hold climate action town halls in individual constituencies across the country. So far, initiatives have been taken in few of the 338 constituencies. The Toronto meetings were announced with only a week’s notice and little publicity apart from Liberal Party email lists. At the first Toronto event, sponsored by three MPs, capacity was limited to 250. Participants had to pre-register, and after a couple of days tickets were unavailable. The second Toronto event, which drew 60 participants, aimed to encompass those excluded from the first.

The format makes it hard to present a coherent alternative. However, PCP supporters in Toronto had carried out educational and training sessions that prepared them well to make their message heard.

The climate action town halls are an outgrowth of Prime Minister Justin Trudeau’s project of presenting a national plan for climate action by year-end. The government has presented its framework on a federal climate action website, which acknowledges in general terms the facts of climate crisis and the need for action. (For a more satisfactory treatment of these issues, see We Are Not All in This Together by Ian Angus.)

The government’s website picks up some concepts of the climate action movement, such as eliminating subsidies to the petroleum industry (albeit gradually) and putting a price on carbon. It proposes that federal, provincial, and territorial governments join to “set a truly national target” for climate action but does not replace the totally inadequate targets of the previous administration. It does not suggest any restriction on expansion of fossil fuel extraction and infrastructure.

The website invites comments, which the Environment and Climate Change Canada ministry, is diligently recording. But we should not imagine that Ottawa’s policy decisions will be significantly influenced by such comments in themselves. The “National Climate Plan” will be shaped mainly by negotiations with provincial governments and business interests. However, strong advocacy of a meaningful alternative to Ottawa’s proposals helps to build the Canada-wide movement for climate justice. And this movement has a proven capacity to affect government policy, most dramatically by delaying and blocking pipeline construction projects.

The ministry’s initial presentation acknowledged the urgency of climate action but was otherwise light on specific commitments. Two statements of Environment and Climate Change Minister Catherine McKenna in the first assembly were noteworthy:

The government would not address specific targets for carbon emissions reduction.

Rallying for an alternative

The presentations from breakout groups in the two town halls, while brief, hammered at some key points: support Indigenous rights, leave tar sands in the ground, no more pipelines, no subsidies to oil corporations, a just transition for oil workers, and Canada’s global climate responsibilities. Mention of these points often sparked applause and cheers. The assemblies became animated rallies for a climate alternative.

In the second consultation, the last reporter from breakout groups wound up by calling for a standing vote of all those who wanted fossil fuels to stay in the ground to stand. Everyone rose amid great enthusiasm.

A listing of the points made at the two town hall meetings is appended below.

Lessons from the Town Halls

The People’s Climate Plan has proven an effective tool in engaging with the government’s moves on climate. Still, experience in the Toronto consultations suggests two topics where there is perhaps something to learn.

For an emissions reductions schedule The second pillar of the PCP calls for a plan that “builds a 100% renewable energy economy by 2050.” At the Toronto consultations, this point did not come through strongly. There were only six mentions of some type of prioritization for energy transition. This may be because the 2050 target is too distant; it does not demand anything of the present government. The meaning of the renewables goal can be clarified by pointing to the need to adopt specific targets for yearly reductions of at least 5% in total carbon emissions, starting immediately.

Canada’s global responsibilities One of the six most frequently mentioned themes in the Toronto consultations was, “Protect victims of climate change worldwide.” This concept is not in the PCP. Granted, the PCP consists of only three sentences and cannot say everything, but we can globalize the PCP’s scope by inserting four words into this point. The final phrase of the PCP calls for a climate plan that “takes leadership from those hit hardest by the climate crisis.” We should amend this by adding the words both nationally and globally. We should seek opportunities to discuss all global barriers to effective climate action, from militarism and the arms race to global trade pacts.

It is not clear how far the Liberal government of Justin Trudeau will proceed with its town hall project. PCP supporters may wish to call their own events, as in Winnipeg on June 25. When a Winnipeg MP cancelled a consultation at the last moment, PCP supporters held their own town hall at the same time and place. But no matter how the town halls evolve, the next six months will provide many opportunities to present an alternative, including through rallies, union meetings and demonstrations.

More generally, such initiatives form part of building a movement for what the Leap Manifesto calls a “great transition” to a society based on “caring for each other and caring for the planet.”

John Riddell is a member of East End Against Line 9 and has taken part in presenting the People’s Climate Plan at Toronto town halls.

Tally of group responses at the two Toronto consultations

[1.] The People’s Climate Plan calls for these principles to be at the core of the National Climate Strategy: