Climate & Capitalism is taking a short break. To help you avoid painful withdrawal symptoms, here are five books and a pamphlet that should be in every ecosocialist’s book bag this summer — or winter, if you are in the southern hemisphere. 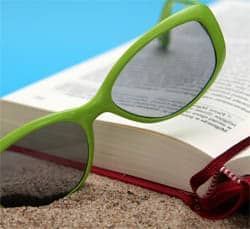 Climate & Capitalism is taking a short break. To help you avoid painful withdrawal symptoms, here are five books and a pamphlet that should be in every ecosocialist’s book bag this summer — or winter, for readers in the southern hemisphere.

In each case I have linked to the publisher’s website, but the books should be available through any good bookseller.

This is a classic, the one book you absolutely must read if you want to understand what Marx actually thought and wrote about humanity’s relationship to the rest of nature. Foster demonstrates that Marx’s work is deeply relevant in this age of environmental crisis. It’s not an easy read-on-the-beach book by any means, but it is truly essential. If you have read it before, read it again: I learn more each time I open it.

It’s clear that corporations would rather destroy the world than reduce their profits – but how do the top executives in those organizations make decisions about climate-related policies? Based on original research and interviews with corporate decision-makers, this unique and very readable study shows how self-destructive decisions are made, and how they are implemented, by the world’s most powerful social organizations.

Empson doesn’t use the word ecosocialism, but the first edition of this pamphlet has long been one of the best short introductions to the subject. The second edition is even better. Buy two – one to read and consult yourself, and one to give to a green friend who thinks socialism and environmentalism are incompatible.

Why, when and how did manufacturers switch from water, wind and muscle power to coal-fired steam engines? This brilliant Marxist critique of capitalism and the origins of the fossil fuel economy avoids the technological-determinism of most histories, showing how class and class struggle in nineteenth century led to a system whose addiction to fossil fuels has brought the world to the brink of disaster. (Update, June 28: Fossil Capital has been shortlisted for the prestigious 2016 Deutscher Prize.)

We were promised a world of universal abundance and equality: what we have is the biggest gap between rich and poor in all history. Michael Yates explains why that is and what the effects are, in clear, hard-hitting prose. Fully documented but very far from academic, The Great Inequality can inform and promote radical action by working people and all the world’s dispossessed. It deserves a wide audience.

Of course I have to include my own book, but don’t depend on my obviously biased recommendation. Michael Lebowitz, author of The Socialist Imperative, says: “In this crucial political intervention, Ian Angus combines the work of natural scientists with socialist political economy to produce a synthesis far greater than the sum of its parts, one that can give us the weapons we need. Facing the Anthropocene makes quite clear what is to be done.”