The first draft of history: An annotated guide to thirty-four of the best articles on the COP21 Paris Agreement on climate change.

The first draft of history: An annotated guide to thirty-four of the best articles on the COP21 Paris Agreement on climate change.

John Foran is professor of sociology and environmental studies at the University of California, Santa Barbara. He is a co-founder of the Climate Justice Project  and is member of System Change Not Climate Change, the Green Party of California, and 350.org. 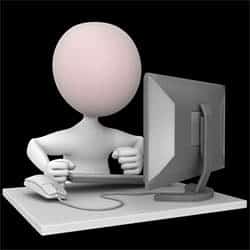 The recent COP 21 UN climate summit is something of a political, social, and climate justice Rorschach test. Opinion is as all over the place as for any historic event I can think of. And make no mistake, Paris was historic.

We knew it was likely to be historic going into it; we just didn’t know what that history would look like. And that, of course, is one of the hallmarks of the hinges of history – we don’t know who will make it, or how it will turn out, until it happens.

Everything seems to be at stake. And no one is in control of the outcome. The outcome, in fact, is the sum of all the vectors of force put on the object itself: in this case, the meaning of what happened in Paris between November 29 and December 12, 2015.

And no one knows where things stand today. Powerful forces met on the ground in Paris, and things after now look different, if still completely up in the air (NPI – no pun intended).

And if Zhou Enlai actually uttered the words “It is too soon to say” when asked what he thought of the outcome of the French Revolution, it’s even more true, and waytoo early to tell “what happened in Paris.”

But it’s never too early to begin the telling. And this is what started even before the joyful (or relieved) applause died down after Laurent Fabius gaveled COP 21 to a conclusion.

This collection, then, aims to explore the outcomes less than one month on by presenting the best pieces I could find in my obsessive ongoing archive of opinion. Though I have grouped them in section titled Outcomes, Judgments, Interpretations, and Advice for Movements, it should be clear that these categories blur into each other and many of the pieces fit easily into more than one of them.

I make no pretense to presenting here a “balanced” spectrum of opinion on the Paris outcome. These are personal choices, the ones that brought me the most from reading them. If anything, taken as a whole, they “balance” the mainstream press on the outcome, which generally starts by accepting the self-congratulation of the makers of the Agreement as its opening premise. Here the opposite principle holds.

And remember, what happened in Paris doesn’t stay in Paris. It radiates outward (NPI) and will resonate in the days and years to come. It was history – to be sure – but nothing began or ended there.

The next chapters will be ours to write with our passion, imagination, creative actions, and movements.

My own assessment of Paris can be found in the blogposts at the Climate Justice Project website, as well as the last piece in this collection, previously published in Resilience.

In a nutshell, my judgement is that nothing new was agreed, except for a hollow promise to keep warming as far under 2 degrees as possible. In exchange, almost everything else of value was jettisoned.

Frankly, we have no advance on Kyoto, with its legally binding emissions cuts for the wealthy nations. Or Copenhagen, with its promise of $100 million annually to be placed in a Green Climate Fund by 2020 for mitigation and adaptation efforts by the global South (in fact, there was regression on this pledge, since no countries have stepped up to make their contribution known).

And the whole Paris Agreement is an obscene regression on the founding principles of the United Nations Framework Convention on Climate Change, which promised to deal forthrightly with the scale of the crisis, and to make sure that those responsible for global warming pay their fair share of the costs of the effort. All that is pretty much out the window.

The can was kicked down the road, as it always is at the COP. It’s a scandal. But it will backfire.

For at the end of the day, of course, we’re as badly off as ever. And with each passing day, even more so.

Paris is a capitalist agreement to extend a capitalist crisis forever. And if we can’t see beyond capitalism, we’ve had it.

“The Paris Agreement is being hailed as a great success. But will it deliver climate justice?” Danny Chivers and Jess Worth of The New Internationalist put it to the test. P.S. Chivers’s No-Nonsense Guide to Climate Change is still the best starting book on the crisis that I know of.

2. Talk Nation Radio, “David Swanson interviews Chris Williams on How Paris Set the Earth on a Course to Burn“ (December 22, 2015)

3. Raymond Clémençon, “Two Views of the Paris Climate Conference Outcome” (December 13, 2015) [this is available in the e-book version]

Professor and former Swiss climate negotiator Raymond Clémençon, my colleague at UC Santa Barbara, offers a measured assessment of the good, the bad, and the ugly from Paris.

The title gets us to the bottom line very quickly.

The wrinkles are in the details: “The headlines from the Paris climate talks tell an inpiring story…. Unfortunately, however, the main text of the agreement is long on rhetoric and short on action.”

The author, an excellent ecosocialist analyst, gets the math about right in his title…

Leading Green Party thinker and author of a great book on the climate justice movement – Toward Climate Justice – Brian Tokar weighs in with another telling title, which he answers in detail.

9. Hilal Elver and Richard Falk, “What Really Happened at the Paris Climate Conference” (December 31, 2015) [this will be available in the e-book version]

10. Climate justice groups, “The lack of ambition in this room is palpable,” or, “The Great Escape of the developed world comes at the expense of real lives, real bodies in the South” (December 12, 2015)

This is the final speech given by civil society inside the COP, delivered powerfully by College of the Atlantic student Aneesa Khan. Withering, scathing, powerful words.

This is an invaluable compendium of movement reactions to the Agreement, all issued within twelve hours of the final gavel.

Get out your French dictionaries, because Maxime Combes, one of the organizers of the Climate 21 Coalition that so valiantly worked on behalf of civil society during COP 21, lowers the boom and gives Attac’s perspective on the outcome.

13. Eric Mann, “The Paris Climate Talks: A Victory for President Obama, A Defeat for the Planet, and a Challenge to the Climate Justice Movement” (December 2015)

Los Angeles-based social justice activist Eric Mann provides a very nuanced account of what Paris means from various angles, including, most importantly, communities on the frontlines of environmental racism in the United States.

The delegate who brought the 2013 Warsaw COP 19 to tears after a cyclone hit the Philippines, now inside the climate justice movement, delivers a devastating critique of what did and didn’t happen in Paris.

Another former negotiator, Bolivia’s Pablo Solón, put global elites on trial for crimes against Mother Earth in Paris. His was one of the few voices for the position that no agreement would be the best outcome of Paris argument; here he sums up the actual result.

The well-known and highly-regarded radical climate scientist Kevin Anderson offers a sobering analysis of how we can’t deliver a livable planet if the root cause of the climate crisis – capitalism – is taken off the table.

If you’re one of the few Resilience readers who doesn’t know the work of John Michael Greer (aka the Archdruid), this will be a fair introduction to the way his mind works – unlike anyone else, but in a good way!

I’m a sucker for a great title, but this one is strong all the way through…

20. Avi Lewis and Rajiv Sicora, “Why Most of What You Think You Know About The Paris Climate Deal Is Wrong: An Annotated News Story” (December 16, 2015)

This piece is a refreshing send-up and deconstruction of the mainstream reportage on Paris. If we need this to get the real story, imagine how few people have got a sense of what really happened in Paris. This is the antidote to complacency.

James Hansen, never one to mince words, gets down and dirty here. One has to love his passion, and when Hansen gives an opinion on the severity of our predicament, we would do well to listen (except for the nuclear power stuff).

I really liked this set of short video interviews with scholars at the meetings of the American Geophysical Union that took place in San Francisco right after Paris ended. Maybe there’s hope for the climate science community getting more political in the near future?

Carl Pope, eminence grise of the new, more radical Sierra Club that is being birthed, goes a tad overboard in this ode to the Agreement.

Jess and Danny, who opened this collection on a properly downbeat note, go into happy mode in their concluding piece, taking me along with them both times.

John Roulac, a leading light of the coming agricultural revolution focuses on the glaring wrong turn that the Agreement takes for one of the most important problems of our future lives – sustainably feeding the world.

Kate Aronoff is one of my new favorite writers on climate justice, and here she brings the adventuring spirits and new tactics of the Climate Games into view for us.

Charlotte Du Cann takes us behind the scenes into many of the most interesting actions that took place outside the COP on the streets of Paris.

I heard Naomi deliver this speech on the Saturday afternoon the Agreement went down, and, as usual, she hit a pitch perfect register for my needs and mood at that moment.

This duo at Popular Resistance always put things in a hopeful, strongly empowering way, and their takeaway for movements is right on the money (bad image)…

30. Ben Adler, “Paris Agreement represents progress on cutting emissions, but not so much on climate justice” (December 21, 2015)

From the chief writer on Paris at Grist, one of my favorite climate change websites, here with a darker (and to my mind more accurate) assessment than the generally rosy picture from Grists’s many other pieces on Paris.

Points for most beautiful title on Paris so far. Oh, and the rest of the piece is worth reading, too!

A hard-hitting set of questions for 350.org and others on the cancellation of the November 29 climate march. Food for thought.

Some sharp advice on the issues that should be “taken more seriously” by the climate justice movement going forward into 2016.

It’s hard to argue with this view of the outcome. I couldn’t have said it better myself.

[Reposted, with the author’s permission, from Resilience.org]