Experts agree: Changes since 1950 rival those that ended the last ice age. The Holocene is over, and the Anthropocene has begun. 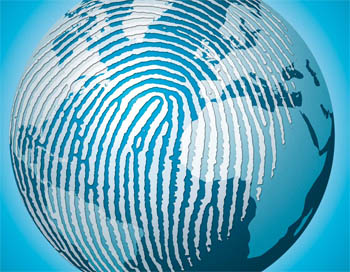 The “Welcome to the Anthropocene” exhibition at Deutsches Museum in Munich has been extended to September 16, 2016.

Repeatedly, over hundreds of thousands of years, glaciers expanded south and north from the polar regions, covering much of the Earth with ice sheets several kilometres deep. Twelve thousand years ago, the Earth warmed and the ice retreated — the relatively warm and stable time since then is known to geologists as the Holocene epoch. It’s the time when agriculture was invented and all great human civilizations were formed. Holocene conditions, as Johan Rockström of the Stockholm Resilience Center likes to say, are the only ones in which we know for sure that humans can survive and prosper.

Is the Holocene now over? Has human activity changed the Earth System so much that a new epoch has begun? Are we now in the Anthropocene?

That idea, first proposed by Nobel prize winning atmospheric chemist Paul Crutzen, has been the subject of intense research and debate among Earth Scientists for 16 years. From a strictly physical science point of view, the most important discussions have been centered in the Anthropocene Working Group, created in 2008 by the International Commission on Stratigraphy to consider: (a) whether a new geological epoch has begun; and (b) if so, when it began. It plans to present its conclusions for a vote at the conference of the International Union of Geological Sciences in South Africa, this coming August. (I discussed the AWG and its work last year, in When did the Anthropocene begin, and why does it matter?)

This month, two-thirds of the members of the AWG published their strongest statement to date. The title of their paper, published in Science magazine on January 8, is unequivocal: “The Anthropocene is functionally and stratigraphically distinct from the Holocene.”

Interviewed by The Guardian, the lead author of the paper describes the global shift as “a stepchange from one world to another that justifies being called an epoch. What this paper does is to say the changes are as big as those that happened at the end of the last ice age. This is a big deal.”

A particularly frightening observation: even if emission levels are reduced, by 2070 Earth will be the hottest it has been in 125,000 years, which means “hotter than it has been for most, if not all, of the time since modern humans emerged as a species 200,000 years ago.”

Much of the paper focuses on a key issue for geologists: is human activity leaving a stratigraphic signature in sediments and ice that is distinct from the Holocene? It turns out, contrary to the doubts some expressed at the beginning of this process, that future geologists will have a wealth of indicators to identify the beginning of the Anthropocene.

Anthropocene ice and sediments are also marked by unique concentrations of chemicals, such as lead from gasoline, nitrogen and phosphorus from fertilizers, and carbon dioxide from burning fossil fuels. Of all the possible markers, however, “potentially the most widespread and globally synchronous anthropogenic signal is the fallout from nuclear weapons testing. . . . Aggregate yields from thermonuclear weapon tests that began in 1952 CE and peaked in 1961−1962 CE left a clear and global signature.”

These stratigraphic signatures are either entirely new or outside of the Holocene range of variability—and the changes are accelerating. The paper argues that the International Commission on Stratigraphy should accept the Anthropocene as a new epoch.

On the question of when the Anthropocene began, the authors’ analysis is “more consistent with a beginning in the mid-20th century” than with earlier proposed dates. They do not make a specific mid-century recommendation, beyond noting that a number of options have been suggested, ranging from 1945 to 1964.

Finally, they leave open the question of “whether it is helpful to formalize the Anthropocene or better to leave it as an informal, albeit solidly founded, geological time term, as the Precambrian and Tertiary currently are.”

“This is a complex question, in part because, quite unlike other subdivisions of geological time, the implications of formalizing the Anthropocene reach well beyond the geological community. Not only would this represent the first instance of a new epoch having been witnessed firsthand by advanced human societies, it would be one stemming from the consequences of their own doing.”

There is still a strong possibility that the generally conservative geological community will reject or decide to defer any decision on adding the Anthropocene to the geological time scale, but as the AWG majority wrote a year ago, “the Anthropocene already has a robust geological basis, is in widespread use, and indeed is becoming a central, integrating concept in the consideration of global change.”

In other words, a failure to win a formal vote will not make the Anthropocene go away.