The fall in oil prices exposes the absurdity of tar sands economics and the need for green job alternatives to both the economic and the climate crisis. 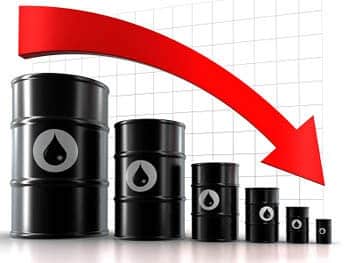 All of a sudden the 1% are in a panic over the tar sands—not its toxins that poison Indigenous communities, or its emissions that are pushing the climate to the tipping point, but its profitability. As a portfolio manager at a Toronto-based asset management company said, “The velocity of the downturn (in oil prices) has led to profound shell shock.”

The price of oil has fallen from $100 to $60 per barrel, which challenges tar sands economics. Financial analysts at Carbon Tracker explain:

“Nine out of every ten barrels of potential oil sands production from discovery stage projects require over $95/bbl … Several high cost projects have already been shelved by majors including Shell, Total and Statoil.”

The drop in the price of oil has exposed the absurd economics on which the tar sands depends. As Canadian Prime Minister Stephen Harper said:

“Digging the bitumen out of the ground, squeezing out the oil and converting it in into synthetic crude is a monumental challenge. It requires vast amounts of capital, Brobdingnagian technology, and an army of skilled workers. In short, it is an enterprise of epic proportions, akin to the building of the pyramids or China’s Great Wall. Only bigger.”

Not only is the rising climate justice movement challenging tar sands expansion, but even capitalist economists are questioning its future. As Jeff Rubin, former head of CIBC World Markets, wrote recently:

“At today’s oil prices, the expected doubling of oil sands production over the next decade just isn’t in the cards. If oil sands output isn’t going up then where exactly is the impetus to break ground on a new pipeline? Indeed, the more relevant issue facing oil sands investors at the moment isn’t about how production from northern Alberta might be expanded, but whether the industry’s current level of production is sustainable… I didn’t divest from the oil sands to save the world. I did it to save my portfolio.”

This is in sharp contrast to just a few years ago, when Naomi Klein wrote: “Alberta and Iraq have been connected to each other through a kind of invisible seesaw: As Baghdad burns, destabilizing the entire region and sending oil prices soaring, Calgary booms.” Now, despite another Iraq War and more destabilization, oil prices are in free fall.

The profit-squeeze on the tar sands is, unfortunately, not because oil demand has been decimated by a shift to a green economy or massive demilitarization—and low prices won’t automatically put an end to the tar sands. Despite myths of the “free market,” the tar sands only emerged with government intervention. The Globe and Mail explains:

“In the mid-1990s, with oil prices at depressed levels, the Liberal government of Jean Chrétien had to provide tax breaks to rescue the industry, in particular the two major oil sands producers, Suncor and Syncrude Canada Ltd. It wasn’t until international crude prices began to soar in 2003–reflecting war in the Middle East and the rise in China’s demand–that the oil sands sector found firm economic footing and expansion began in earnest.”

High oil prices led capitalist economists to make ridiculous claims about how the market that created climate change could also prevent it. As Jeff Rubin claimed a couple of years ago:

“We’re not going to be able to afford to cook ourselves to death. If you look at what the IPCC is forecasting in terms of carbon-emissions, in terms of coal and oil consumption in the next 20 years…We’re not going to emit half of the carbon that the IPCC says we are. Not because of ecologically-conscious governments. We’re going to not be able to afford the fuel. So for people concerned about what we’re doing to the sustainability of the planet, for people concerned about temperature increases that could totally devastate our environment, I think this is a very hopeful story, because it takes the future out of our hands.”

Now we can once again afford to cook ourselves to death, and part of the squeeze on tar sands is coming from increased supply from other sources: the US has had a surge in fracking, doubling production in less than a decade, while Saudi Arabia has refused to cut its output to maintain prices. While a rational response would be to shift to green alternatives that don’t destroy the planet, the economy is out of our hands and the logic of capitalism leads in the opposite direction. According to Harvard economist James Stock, “There will be more demand (for fossil fuels) and less incentive for alternative technology. In the long run it is unambigiously bad to have low oil prices from an environmental perspective.”

There are also imperial motives behind the fall in oil prices. Venezuelan president Nicolas Maduro said of the US, “The oil they’re taking from (shale deposits) and the gas. They’ve flooded the international market to batter the Russian economy…, Iran and to hurt us.” Saudi Arabia has its own interests to lower prices to push back against US fracking and to challenge its regional rival.

The Financial Times points out:

“The Saudis have never abandoned the use of petrodollars for political ends; it is its principal diplomatic weapon. But now they and their Gulf allies appear to be using the oil price itself as a political weapon—aimed principally at Iran… Riyadh, sitting on foreign exchange reserves of more than $750bn, can ride out lower oil revenues. Iran, which needs the price to be twice the current level to make ends meet, is haemorrhaging.”

But if growth in China was one reason for the rise in the price of oil, falling prices are symptomatic of stagnant growth across the world—including China whose growth is slowing, Japan (which just re-entered recession), and Europe. This is especially hitting countries dependent on oil, with Russia’s currency in crisis and Venezuela on the edge of defaulting on its debt.

The drop in the price of oil is both a symptom of weak recovery and a potential harbinger of another crisis to come. Marxist economist Michael Roberts warns:

“What inflation of prices there has been has mainly been due to the sharp rise in energy prices. Non-energy price rises have been minimal. Now, with the sharp fall in energy and other commodity prices (metals, food etc), deflation is the spectre haunting the globe. Some argue that this is good news. This is the line of some neoclassical economists and the Austrian school. Falling prices, particularly in energy and food, will raise consumer purchasing power, and help boost demand and thus economic growth. But for profitability, it is bad news. Inflation of corporate producer prices is another temporary counteracting tendency to falling profitability. If it disappears, then the downward pressure on profitability from any new technology investment will be greater as falling prices squeeze profit margins. In that sense, deflation is not good news for the capitalist sector, especially if it is burdened with heavy debts (small businesses in particular). So the crisis brewing for Russian businesses may be followed by others. It could be another factor leading to a new global slump, this time based in the non-financial productive sector of capitalism.”

Deflation is also a risk for Canadian capitalism, which is sustained by consumer demand. Despite low interest rates, household debt has reached a record high of 162 per cent of household income. Deflation has the effect of making debt more expensive, which discourages the borrowing and spending that are maintaining the economy. At the same time governments that have made themselves dependent on oil revenues are responding to the fall in oil prices by promising more austerity. As the Globe and Mail reported, “(Alberta) Premier Jim Prentice has a new message for the province: Expect spending cuts soon, since plummeting oil prices could cut provincial revenue.”

The fall in oil prices exposes the absurdity of tar sands economics and the need for green job alternatives to both the economic and the climate crisis. According to a recent report by Clean Energy Canada, there are now more people employed in green energy than in the tar sands, despite the lack of interest from the federal government: “Every major industrial sector in Canada—from the aerospace industry to the oil sands—has gotten off the ground with support from the federal government. But in the clean-energy sector, the federal government is really missing in action.”

But falling prices also reveal a surge in fracking and increasing inter-imperial rivalry, and the failures of austerity measures to end the economic crisis. We need to demand the government invest the “vast amounts of capital” that prop up the tar sands into green job alternatives that don’t cook us to death, while supporting Indigenous communities defending their land from tar sands and fracking.

Ultimately we need to replace the market that “takes the future out of our own hands,” with a world of democratic control over the economy, putting people and the planet above profit. There are no market solutions to climate crisis, the market itself—that reduces everything to a resource to be profited from—is the problem. Under capitalism the price of oil will rise and fall, but a world of climate justice would be priceless.