Paul Street: A shift from fossil fuels to renewable energy is technically achievable. The barriers are economic, social and political. 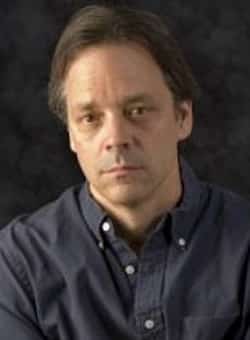 Paul Street is an independent, journalist, historian, author and speaker. His latest book is
They Rule: The 1% v. Democracy.

“The hand-mill,” a young Karl Marx once wrote, “gives you society with the feudal lord; the steam-mill society with the industrial capitalist.”  The sentence has often been cited to show that Marx was a “technological determinist.”  One can certainly see why.

In reality, for what it’s worth, Marx was no technological or “productive force” determinist. Across his career he argued that class and “social relations of production” critically shaped what productive forces were used and how and for whose benefit they were employed in different historical eras. Marx was well aware that there where hand mills long before there were feudal lords and that capitalist social relations (characterized above all by the widespread exploitation of wage labor) predated, and provided social context for the advent of the steam mill. He knew that the steam mill would never have taken widespread root under feudalism, which relied on landed peasant labor. And Marx expected to live to see a socialist revolution, one that brought the social ownership of steam mills and other productive forces developed under capitalism.

Clearly, he did not see productive forces and technologies as determining social class relations. He leaned more in the opposite direction.

With the little slice of intellectual history as background, let me advance what might sound like a technologically determinist proposition regarding present day forces of energy extraction and production: humanity has perhaps 20 years, maybe less, to move off fossil fuels and onto renewable sources or it will ruin all prospects for a decent future.

This is not merely the judgment of apocalyptic cranks and “catastrophist” worry warts. It is the consensus finding of a vast scientific literature on the environmental cataclysm that is certain to take hold in coming decades and centuries if Homo sapiens does not get off fossil fuels. For many years now, the preponderant majority of earth and climate scientists have been telling us that the planet we all share is being made progressively uninhabitable for human and other sentient beings (and living things) by global capitalism’s relentlessly wasteful, growth-addicted burning of fossil fuels.

According to the latest and last report from the Nobel Peace Prize-winning Intergovernmental Panel on Climate Change (IPCC), grave consequences will follow if nothing is done to slow the anthropogenic global warming (AGW) that is already well underway thanks to the mass extraction and burning of hydrocarbons. The report cites food shortages, refugee crises, flooding, mass extinction of plants and animals and dangerously high temperatures as the effects of global warming at its current pace. The panel also warns that dying forests, melting of ice worldwide, rising sea levels and devastating heat would come if emissions continued on their current pace.

The findings and judgments of the best contemporary Earth science are clear. As the Tyndall Centre for Climate Change Research (UK) concluded last year, “we face an unavoidably radical future…We either continue with rising emissions and reap the radical repercussions of severe climate change, or we acknowledge that we have a choice and pursue radical emission reductions. No longer is there a non-radical option.”

Particularly worrisome is the strong possibility that AGW will quite soon pass an irrevocable tipping point past which human efforts to manage and cap planetary heating become irrelevant.  A report earlier this year from the American Association for the Advancement of Science (the world’s largest scientific society) warns that “pushing global temperatures past certain thresholds could trigger abrupt, unpredictable and potentially irreversible changes that have massively disruptive and large-scale impacts. At that point, even if we do not add any additional CO2 to the atmosphere, potentially unstoppable processes are set in motion. We can think of this as sudden climate brake and steering failure where the problem and its consequences are no longer something we can control.”

Depressing as such reports and warnings might seem, there’s also some very good news, technically speaking. Two US academicians– Stanford engineering professor Mark Jacobson and University of California-Davis research scientist Mark Delucchi – have shown that humanity could convert to a completely renewable-based energy system by 2030 if nations would rely on technologies vetted by scientists rather than those promoted by Big Carbon. Jacobson and Delucchi show that homo sapiens could have 100% of the world’s energy supplied for all purposes by wind, water, and solar (WWS) energy by 2030 if it produces (among other things) millions of wind turbines, water machines, and solar installations. Jacobson and Delucchi’s plan includes fully feasible transformations in transportation and heating and cooling as well as power generation.

“The numbers are large,” Jacobson and Delucchi write, “but the scale is not an insurmountable hurdle: society has achieved massive transformations before. During World War II,” Jacobson and Delucchi noted in Scientific American five years ago, “the U.S. retooled its automobile factories to produce 300,000 aircraft, and other countries produced 486,000 more. In 1956, the U.S. began building the Interstate Highway System, which after 35 years extended for 47,000 miles, changing commerce and society.”

The great transition required for a decent future – the shift from fossil fuels to renewable energy – is technically achievable. We can do it. “It’s absolutely not true that we need natural gas, coal or oil,” Jacobson told New York Times environmental reporter Elisabeth Ronsenthal last year. “You could power America with renewables from a technical and economic standpoint.”

So what’s the hang up? “The biggest obstacles,” Jacobson observes, “are social and political — what you need is the will to do it.” Any good “Marxist” should appreciate the dilemma: the technical know-how and technological capacity exists for a deep and broad, eco-friendly transformation in how we extract, produce, and use energy. What’s blocking this great transformation is a matter – and no small matter – of social and political and indeed (though it is unlikely Jacobson would say so) class relations.

There’s a big difference with the hand-mill and steam-mill eras, however. This time the contradiction between productive forces and sociopolitical relations is a matter of life and death for the species and other living things.

Neither Jacobson nor Rosenthal identified the precise “social and political obstacles” to the necessary conversion to wind, water, and solar. They may have felt that such elaboration was unnecessary. Everyone who cares seriously about AGW knows that the big oil, gas, and coal corporations and their financial backers – the vast Carbon industrial complex – have invested heavily in elections (campaign finance), lobbying, and “public relations” (propaganda) to convince politicians, policymakers, and citizens that it is unnecessary, impractical, and economically disastrous to try to move from fossil fuels to renewable energy.

And, as every good climate justice activist knows, Big Carbon One-percenters have huge sunk capital committed to the existing ecocidal hydrocarbon-addicted energy system – giant fixed capital investments that make the giant petrochemical corporations and utilities all too “rationally” (from a profits perspective) resistant to a clean energy conversion. According to the leading US climate activist Bill McKibben, “‘the existing fossil fuel infrastructure, from power plants and supertankers to oil furnaces and SUVs,’ is worth at least $10 trillion, and scheduled to operate anywhere from ten to fifty more years before its capital costs can be paid off.” That’s a lot of “asset inertia.”

Another significant social and political hurdle is the dominant “neoliberal” ideology that big corporations and financial institutions have underwritten and advanced for decades. This is the leading barrier that the progressive author and activist Naomi Klein emphasizes in her important new tome This Changes Everything: Capitalism vs. The Climate.

“What,” Klein writes, “is really preventing us from putting out the fire that is threatening to burn down our collective house? …the answer is far simpler than many have led us to believe: we have not done the things necessary to lower emissions because those things fundamentally conflict with deregulated capitalism, the reigning ideology for the entire period we have been struggling to find a way out of this crisis.  We are stuck because the actions that would give us the best chance of averting catastrophe…are extremely threatening to an elite minority that has a stranglehold over economy, our political process, and most of our major media outlets.”

Despite its subtitle, there’s really not much on capitalism as such in Klein’s book. There’s little in This Changes Everything that explicitly challenges the (insane) “inner logic” of the profits system. When Klein says “capitalism vs. the climate,” she really seems to mean (a) “the climate” (livable ecology) versus (b) neoliberal ideology, market logic, and the disproportionate political and ideological power of Big Carbon.

Still, the notion that we have to move beyond capitalism to save life on Earth is implicit in the book’s conclusion. Klein writes there that “The task is to articulate not just an alternative set of policy proposals but an alternative worldview to rival the one at the heart of the ecological crisis – embedded in interdependence rather than hyper-individualism, reciprocity rather than dominance, and cooperation rather than hierarchy.” (Klein, This Changes Everything, p.462) That alternative world view, I would assert, is 21st century participatory ecosocialism.

Can the climate crisis be solved and a livable Earth saved under the competitive, chaotic, hierarchical, regressive, imperial, authoritarian, and growth-and accumulation-addicted capitalist system? The answer is almost certainly “no.”  At the same time, we have little choice but to push forward towards toward the great renewable energy transformation as best we can under current social and political conditions.

As Noam Chomsky observed four years ago, if we don’t act very soon to avert the unfolding environmental catastrophe, then little else that progressives and leftists talk about is going to matter very much. Who wants to turn the world upside down only to find that it has been polluted beyond repair? Who wants to more equally share out a poisoned pie?

There is no reason to delay starting on the path towards environmental healing and climate justice where we are, living under capitalism. Perhaps other radicals and I are mistaken to doubt that ecological salvation can occur under the profits system. I would be happy to be proven wrong. At the same time, we should not discount the possibility that a revitalized socialism will emerge (as Klein seems to suggest) precisely out of the struggle to save a livable Earth.

In pursuit of that chance, left progressives would do well also to heed French ecological writer Herve Kempf’s warning half a decade ago: “the left will be reborn by uniting the causes of inequality and the environment – or, unfit, it will disappear in the general disorder that will sweep it and everything else away.”