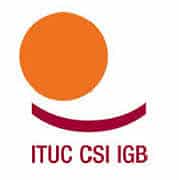 This Statement was submitted to the 20th Conference of Parties to the United Nations Framework Convention on Climate Change (COP20), currently meeting in Lima, Peru, by the International Trade Union Confederation (ITUC)

The international community shares today more scientific evidence than it needs to inform decision-making on climate change. The impacts on people’s lives, livelihoods and prosperity if we fail to act now will be calamitous. Yet the opportunities for social progress and decent work behind an ambitious climate protection agenda are such that it would be irrational to let go this unique time in history where we can still solve the problem.

The international labor movement has supported the UNFCCC convinced that it is the place for delivering a fair, ambitious and binding global Agreement on climate change. But time is running out. Solutions must be found at all levels: from community based diversification to sectoral transformations, from macroeconomic planning at the national level to an international deal that sets a global goal for inspiring massive action.

The global crisis of climate change comes in parallel with another global crisis, the crisis of inequality. Never in history has humanity has created so much wealth and concentrated it in such a small number of hands – according to recent data the 66 wealthiest people in the Planet have the same amount of wealth than the poorest 3.5 billion!

Tackling these two challenges together requires bold measures, and most important, ensuring efforts towards the improvement of one goal are coherent with addressing the other. Climate measures must contribute to protecting the weakest in society; equality measures must put the need for moving towards a sustainable future at its heart.

Trade unions are convinced that only a massive demand from citizens will be able to correct the current unambitious path in which leaders have set their comfort zones. That said, it is our duty as workers’ representatives to expect leadership and vision from the very people we elect.

A renewed climate change agreement is needed for 2015. It must ensure the stabilization of GHG concentrations in the atmosphere, at a level which will avoid the worst effects of human-driven interferences in the climate system.

It must ensure a high likelihood that it will keep the rise in global temperatures to below 2 degrees, or 1.5° if possible, above pre-industrial levels.

The Paris 2015 agreement must include contributions in the form of targets, commitments and actions within a framework that provides sufficient support to countries with low capacity and ensures sustained and predictable funding for those particularly vulnerable to the impacts of climate change. It should also develop strong rules including on accounting and compliance.

The Lima negotiations, which will lead to the Paris COP21 are not about negotiating a full new climate regime, but about building on UNFCCC principles, in a way that the outcome responds to the climate challenge looking at present and future planetary realities. They are also about filling the gaps of the Convention when it comes to the linkages between climate action and the world of work.

A renovated framework for climate action will have to be informed by science, based on equity, be environmentally effective and ensure broad participation of all countries, while respecting their different responsibilities and capacities. It will have to provide clarity on emission reduction and the 2° degrees global temperature objectives, adaptation, support (financial, technological and human), strengthen its commitment to just transition and develop strong mechanisms for verification, compliance and review.

We suggest the following wording: Parties commit to accompany their climate policies and actions with the promotion of decent work opportunities arising from a low-emission society as well as with a strategy aimed at ensuring a just transition for workers, contributing to protecting them in times of hardship, strengthening social dialogue, securing their rights, growing new sectors and promoting prosperity and sustainable development.

The labor movement positions itself clearly among the actors calling for climate ambition: