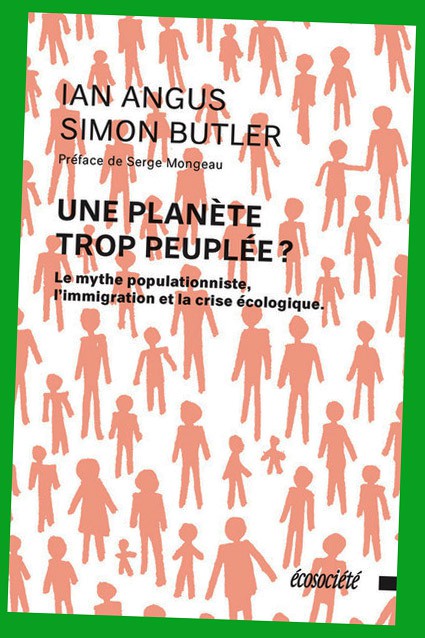 I’m very pleased to announce that Too Many People? Population, Immigration and the Environmental Crisis (Haymarket Books, 2011) which Australian ecosocialist Simon Butler and I authored, has been published in French, by the Québec publisher Les Éditions Écosociété, with a new preface by Serge Mongeau.

Une planète trop peuplée? Le mythe populationniste, l’immigration et la crise écologique is available now in print form, epub and pdf. It can be purchased from bookstores in Québec, from online booksellers, or directly from Écosociété.

Of the English edition, best-selling author Raj Patel wrote: “This excellent book is steadfast in its refutations of the flabby, misogynist and sometimes racist thinking that population growth catastrophists use to peddle their claims. It’s just the thing to send populationists scurrying back to their bunkers.”