A 1960 passage that is even more relevant today … 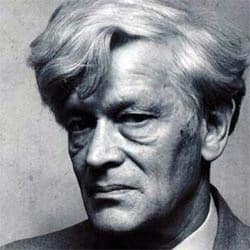 E.P. Thompson is best remembered today as the author of William Morris: Romantic to Revolutionary (1955) and The Making of the English Working Class (1964), both superb historical studies and classics of 20th century Marxism.

But he was also a lifelong socialist activist, part of the group of intellectuals who quit the British Communist Party in 1956 and founded what became known as the New Left, which – unlike the similarly-named current in North America – retained a strong commitment to Marxism and working class politics.

So I was pleased to learn that Monthly Review Press has published a collection of his essays from 1955 to 1963, when the British new left was defining itself. This will be a valuable addition to every radical’s bookshelf.

While waiting for my copy of E.P. Thompson and the Making of the New Left: Essays and Polemics to arrive, I’ve been looking at some original, long out-of-print editions, and I’m struck by the continuing relevance of his arguments and analysis.  Here’s just one example:  with allowances made for the gender-insensitive language of his time, the following passage on the relationship between human nature and socialism could – and perhaps should — be included in any ecosocialist manifesto today.

Human nature is neither originally evil nor originally good; it is, in origin, potential. If human nature is what men make history with, then at the same time it is human nature which they make. And human nature is potentially revolutionary; man’s will is not a passive reflection of events, but contains the power to rebel against “circumstances” (or the hitherto prevailing limitations of “human nature “) and on that spark to leap the gap to a new field of possibility.

It is the aim of socialism, not to abolish “evil” (which would be a fatuous aim), nor to sublimate the contest between “evil” and” good” into an all-perfect paternal state (whether “Marxist” or Fabian in design), but to end the condition of all previous history whereby the contest has always been rigged against the “ good” in the context of an authoritarian or acquisitive society.

Socialism is not only one way of organising production; it is also a way of producing “human nature.” Nor is there only one, prescribed and determined, way of making socialist human nature; in building socialism we must discover the way, and discriminate between many alternatives, deriving the authority for our choices not from absolute historicist laws needs and possibilities, disclosed in open, never-ceasing needs and possibilities, disclosed in open, never-ceasing intellectual and moral debate.

The aim is not to create a socialist State, towering above man and upon which his socialist nature depends, but to create a “human society or socialized humanity” where (to adapt the words of More) man, and not money, “bearethe all the stroke.”