Least Developed Countries warn that if substantial progress isn’t made this year, the Paris climate meeting is likely to be another failure

From the International Institute for Environment & Development 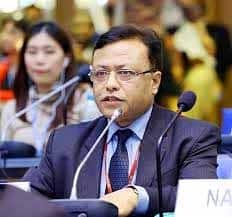 (June 15, 2014)  UN climate change negotiations concluded today after two weeks of discussions in Bonn, Germany. Central to the talks was the continuing dialogue on establishing a universal, legally-binding agreement on climate change.

From the outset, the Chair of the Least Developed Countries Group, Mr. Prakash Mathema, stressed that substantial progress was needed to ensure that a legal agreement is reached in Paris, December 2015.

As talks suspend, Mathema notes progress but warns that time is running out. Mathema emphasized the need to get to work when talks commence in October this year.

“We hope that we will advance on elements for a draft negotiating text to be agreed in the major climate change meeting later this year in Lima, Peru. This means that the coming months of climate change talks are critical. We cannot be delayed by procedural discussions. We must put our heads together and start drafting the new agreement.”

All Parties are requested to come forward by the first quarter of 2015 with substantive proposals on how they will contribute to the 2015 agreement.

“The LDC Group appreciates the efforts that Parties are undertaking to ensure climate change is adequately and urgently addressed. We welcome the progress made here in Bonn for advancing work on both process and substance towards this goal, but we must do more. We have only 18 months left before we must adopt the agreement, which is a very little time in the international negotiation processes” says Mathema.

He also said that Parties must meet three milestones in Lima, in order to be able to adopt the new Agreement in Paris:

He also indicates that meeting these milestones will give the poorest and most vulnerable nations some assurance that we are on the right path to address climate impacts effectively. Mathema reminded all, “reaching a strong conclusion in Paris is crucial for us; it is about the very survival of our communities and future generations. If there is no progress, we stand to lose the most.” The UN climate change negotiations will recommence on 20th October in Bonn, Germany.