The Anthropocene epoch requires us to rage against the few anthropods who are making a killing off of the extraction and burning of fossil fuels at the expense of the human race. 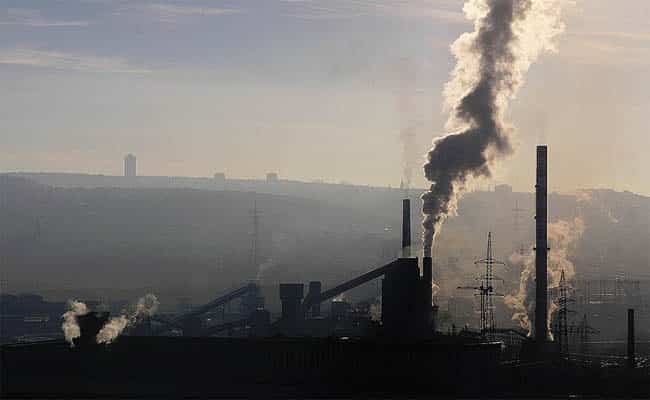 The Anthropocene epoch requires us to rage against the few anthropods who are making a killing off of the extraction and burning of fossil fuels at the expense of the human race.

by Peter Rugh
Reposted with the author’s permission from Occupy.com

The 19th Conference of the Parties (COP19) is now underway in Warsaw, Poland, where thousands have gathered in the streets calling upon UN delegates to agree to drastic reductions in carbon emissions in order to stave off the harshest results of climate change and preserve human life on this planet.

That’s why I was a little distressed in reading Roy Scranton’s recent opinion piece in The New York Times, “Learning how to die in the Anthropocene.” The words of the Russian poet Vladimir Mayakovsky came to mind. I believe a translation goes something like: “In this life / it’s not hard to die. But to make life / is trickier by far.”

Scranton’s tour of duty in Iraq and his time spent providing relief in post-Katrina New Orleans gave him a glimpse of an apocalyptic future; a time when ruination and havoc will not confine themselves to war zones surgically chosen by the Pentagon, and when superstorms are commonplace. He asks us to ponder what it means to live in the Anthropocene Epoch, as emissions of heat-trapping greenhouse gases lead to an uptick in droughts, floods and food shortages. For Scranton, however, the answer lies in learning to die.

“The biggest problem we face,” he writes, “is a philosophical one: understanding that this civilization is already dead. The sooner we confront this problem, and the sooner we realize there’s nothing we can do to save ourselves, the sooner we can get down to the hard work of adapting, with mortal humility, to our new reality.”

Again, a poet offers an apt response from beyond the grave: “Do not go gentle into that good night. / Rage, rage against the dying of the light.”

Climate change is already upon us, as the recent typhoon that hit the Philippines testified, leaving thousands dead and approximately 4 million displaced. We have to adapt to this new reality. But that doesn’t mean we must accept – with “mortal humility” – civilization’s collapse.

Now, more than ever, movements that push for an alternative, more just, sustainable and democratic future are needed. Instead of going gently into the night, the Anthropocene Epoch demands that we learn to live without killing and exploiting each other, and without poisoning our biosphere. It also demands that the voices of billions of poor and working people who stand on the front lines of climate change be heard.

This struggle for life requires us to rage against a certain few anthropods who are making a killing off of the extraction and burning of fossil fuels at the expense of the human race. In an email from Warsaw, Chris Williams, a biologist from Pace University who travelled to Poland to take part in the climate demonstrations, reports: “This is the most corporate-friendly COP yet. The logos of major financial sponsors, many of whom are giant fossil fuel corporations, are plastered all over the conference center.”

Perhaps it makes more sense to describe our current age not as the Anthropocene but as the “Corpocene” Epoch, since financial and energy corporations along with Wall Street banks are the ones driving climate change.

“The most likely outcome of the conference, after almost two decades of talks, is that no further targets or decisions will be taken until Paris – in 2015,” reports Williams. “And only then will countries seek to begin to take action – but not until 2020.”

There’s no conspiracy underway to destroy Earth. UN delegates inside the climate conference, shirking their obligations to us and future generations, are simply following the logic of a system that organizes billions of people’s lives and which is contingent on endless growth in the interest of profit.

According to the most recent calculations, about 465 Gigatons of carbon can be burned on Earth before we reach the 2 degree Celsius temperature rise that the UN’s Intergovernmental Panel on Climate Change (IPCC) warns will send global warming spiraling out of control. The latest IPCC report estimates that there are currently about 3,000 Gigatons worth of known fossil fuel reserves on the planet.

We would really be in a scientific — and existential — quagmire if the only fuel at our disposal came from the gaseous liquified remains of dinosaurs. But numerous studies detail just the opposite. Research from Stanford’s Atmosphere and Energy Program, for instance, shows that we have at our disposal enough wind and sun energy to power the planet 30 and seven times over, respectively.

“There’s no reason to continue with the natural gas, oil, and coal industry,” Mark Z. Jacobson, the program’s director, told me. “These fuels kill people through air and water pollution and through effecting the climate which harms people and ecosystems. It’s a political and social issue rather than a technical issue.”

Even though alternatives to planet death shine in our face and blow under our noses, the suicidal logic of our profit-driven economy looks at dinosaur goo, sees a big pile of money, and says: “Burn it!” If drastic reductions to fossil fuel emissions were more immediately profitable than torching Earth, a climate agreement would be reached in a heartbeat. The problem is not, as Scranton posits, philosophical, but rests in a human system that can be altered through collective power.

One popular chant at the climate demonstrations in Warsaw which, as Williams put it, reverberated “through the coal-choked air,” went: “Philippines, New Orleans: System Change Not Climate Change.”

What does system change mean?

It means money for schools, healthcare and public transport rather than superhighways, and jobs in industries that mitigate and stave off the climate crisis rather than exacerbate it. After all, every pipeline we build, every open-pit mine we dig, every frack well we drill is a step towards death.

System Change means keeping our tax dollars away from the Pentagon, the largest institutional consumer of fossil fuel on the planet, and refusing to subsidize the fossil fuel industry to the tune of billions of dollars a year. It means overcoming the scar of alienation that separates us from our neighbors and building movements that heal the rift between humanity and nature.

Superstorm Sandy was indicative of the kind of destruction climate change has in store for humanity. But when the winds and waters ripped apart East Coast homes last autumn, they also exposed the depths of human compassion and ingenuity that typically goes suppressed in everyday life. Thousands of people mobilized under the Occupy Sandy banner to cook food, provide medicine, remediate mold and save lives against the indifference of the state.

Neighbors who had lived beside one another for years, but had never spoken, were suddenly weeping and laughing together over hot meals. Entire communities came together in a struggle for life. Perhaps something similar will occur in the aftermath of Typhoon Haiyan, which this month devastated the Philippines.

Learning to live means harnessing that spirit of comradeship awoken by the storm. “Only by building mass movements for radical change on the streets, and in the fields, factories and forests of the world,” writes Chris Williams from Warsaw, “can we hope to save ourselves from the clutches of capitalism and its incessant drive for profit that will sink our world below the rising oceans.”

Tricky. But in a word, it means survival.