“My view is that you don’t take no for an answer. We haven’t had that, but if we were to get that, that won’t be final. This won’t be final until it’s approved and we will keep pushing forward.”

— Stephen Harper, speaking to U.S. investors about the Keystone XL tar sands pipeline on September 25, the day before the IPCC warned that global warming will be unstoppable unless most fossil fuels are left in the ground. 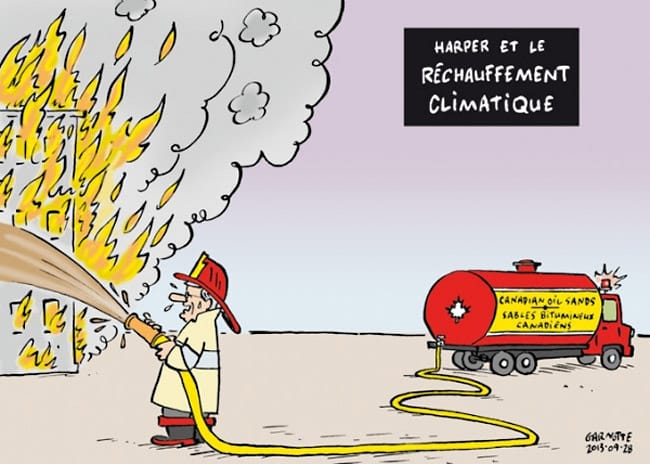 Thanks to Richard Fidler for alerting me to this cartoon by Garnotte, in the Montreal daily Le Devoir, September 28, 2013.