Simon Butler is co-author, with Ian Angus, of Too Many People: Population, Immigration, and the Environmental Crisis. This article is based on his talk at a plenary session of Australia’s Climate Summit 2013, in Sydney, June 22-23. 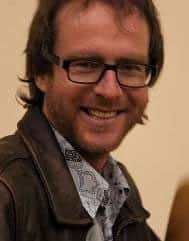 Later I’ll share some ideas about what the climate action movement could focus on for the federal elections and beyond, but mostly I want to talk about a campaign we should abandon. We should stop saying yes to a price on carbon.

At the launch of last year’s Climate Summit, I argued that carbon pricing – the notion that we can best reduce pollution by extending private property rights to pollution – had a fatal flaw at its core. Prices can never reflect true ecological values because those values simply cannot be expressed in dollar terms.

Indeed, we’re in such an ecological mess because our economic system, and the social and political institutions that defend it, seem to know the price of everything but the value of nothing. I said we can’t expect to solve the climate crisis with the same kind of thinking that has got us into it.

A year has passed and Europe’s pollution market – the world’s biggest – has collapsed in the meantime. A tonne of carbon now sells for about $4 and gives zero incentive to roll out more renewable energy. There are so many surplus permits in the EU scheme that some analysts say it won’t start to bring emissions down until about 2045.

The EU scheme has also subsidised big polluters. Europe’s energy firms have passed on to consumers the cost of carbon permits that they received for free. In just five countries, they gouged between 20 and 70 billion euros from the public between 2008 and 2012. In at least one case, a Czech energy company used its carbon trading windfall profits to open a new coal-fired power station.

The problems with Europe’s carbon price are not new. Back in 2010, EU climate commissioner Connie Hedegaard admitted that more than 80% of carbon offset credits used in Europe had “a total lack of environmental integrity.” The United Nations carbon trading scheme is in even worse shape: recently, its carbon offsets were selling for just 1 cent per tonne.

We all know that incoming prime minister Tony Abbott has pledged to scrap the carbon price scheme. And we all know that his stance is inspired by climate change denial and hostility to any serious climate action.

But I can think of something worse than Abbott scrapping the carbon price scheme: imagine if he kept it. I say this because Australia’s scheme is due to become part of the European system in 2015. The Australian scheme would inherit all of Europe’s problems. The Australian market would be flooded with millions of bogus carbon permits, the price would plummet and, just like in Europe, the low cost would help price fossil fuels back into the market.

It’s time for our movement to pause and consider the implications of the repeated failure of carbon trading in other countries. We should also be aware that climate campaigners in Europe and in the global South are struggling to end Europe’s flawed scheme.

In February, more than 130 grassroots climate justice groups released a statement that said: “We believe that the ETS must be abolished no later than 2020 to make room for climate measures that work.”

They also said, “insisting on trying to ‘fix’ a system that is broken from the start diverts attention and resources away from just and effective policies … [we] affirm that there is only one option possible with a clear climate benefit: to end the scheme once and for all.”

So if we should say “no” to a price on carbon, what should we say “yes” to? Of course, we must continue our campaigns to end fossil fuel subsidies, keep fossil fuels in the ground, leave forests in the soil and roll out renewable energy, public transport, sustainable farming and other climate-proof infrastructure.

We’d also do well to have a clear national campaign focus. An Australia-wide campaign to build publicly-owned big solar thermal power plants, starting with Port Augusta, would be a good choice. Unlike carbon trading, big solar power is tangible, enjoys wide public support and is exactly what we need.

We also need a job-rich, public energy sector that can help us really deal with the climate threat. There is a precedent for this. Australia’s current energy system was built by public investment. A serious response to the climate change emergency would have the government do it again, but this time with 100% renewable energy and with real community/worker oversight and democratic control.

Our goal must be to force governments treat coal, oil and gas in the same way they now treat asbestos: as a deadly threat to public health that requires strict public regulation. Indeed, fossil fuels are far, far more deadly than asbestos when you add up the consequences of runaway climate change.