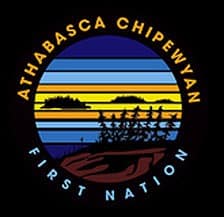 The Athabasca Chipewyan First Nation (ACFN) is calling for the removal of Gerry Protti as Chair of the Alberta Energy Regulator. ACFN is joined by non-governmental organizations, and special interest groups that have serious concerns with conflict of interest regarding Mr. Protti’s appointment.

For many First Nations this appointment is insult to injury especially those that have been pushing on the Alberta government to strengthen their engagement with First Nations in relation to energy and resource development with little success.

Mr. Protti has a long industry history as one of the founders of the Canadian Association for Petroleum Producers, was an executive for Encana, and is a lobbyist for the Energy Policy Institute of Canada. We question his ability to chair the Alberta Energy Regulator with transparency and accountability.

“Where is the justice for our communities?” stated Chief Allan Adam of the Athabasca Chipewyan First Nation.

“Our community has been raising serious questions about the provinces environmental standards and monitoring. We have repeatedly demanded more meaningful participation in the development of the provinces new environmental monitoring projects. Instead of better engagement they appoint the former founder of CAPP as the Chair of the new Alberta Energy Regulator? This is unacceptable and insulting.”

This appointment comes also with the Alberta government also announcement of it’s Corporate Guidelines for First Nations Consultation Activities, 2013 giving industry the upper hand and failing to meet First Nations expectations. The Athabasca Chipewyan First Nation has join in with the many groups that are outraged with this announcement and questioning provincial leaders interests.

“We are calling for the resignation of Gerri Protti as the Chair of the Alberta Energy Regulator. How can Gerri Protti be diligent to First Nations concerns and uphold treaty rights when he clearly has no previous experience engaging First Nations and still has such strong industry ties.

“Clearly the Government of Alberta has sent a strong message to First Nations of whose interests are important in this province by appointing an industry leader and setting the stage with the release of its new corporate guidelines for First Nations Consultation Activities.”

The Athabasca Chipewyan First Nation has long been a leader in elevating Treaty rights and First Nations concerns regarding development in Alberta.