A Marxist analysis of farming today, from landless peasant movements to corporate agribusiness 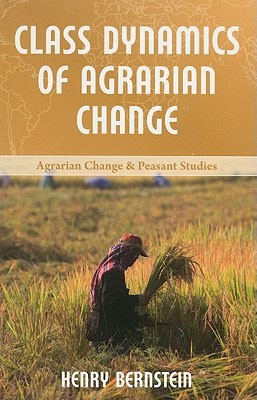 Henry Bernstein’s short book is a useful introduction to studies of contemporary agrarian questions. Using an explicitly Marxist approach Bernstein attempts to unravel the complexities of capitalist agriculture, from its origins in pre-capitalist modes of production to the numerous different forms it takes today.

Bernstein begins by pointing out the realities of modern farming. We are used to seeing farming as being dominated by enormous capitalist conglomerates. But this is only half the story. While in the US only 2.1% of the labour force were employed in agriculture in 2000, the industry employees around 1.3 billion people world wide. 97 percent of these are in the developing world. The vast majority of these people (some three quarters of the world’s poor live in rural areas) live lives of poverty.

The author argues that this poverty is closely linked to the resistance of working people in the countryside. His book, he argues, is in part about helping such movements understand the nature of the class dynamics that shape their struggles. The issue is complex, because Bernstein argues that there is no single “class” of peasants. In this he echoes Marx’s famous quote describing the mass of the French peasantry as a “a sack of potatoes.” Bernstein gives one telling example of the differing interests and needs of different sections of farmers or peasants when he quotes Toby Shelley pointing out that “France prides itself on its self-sufficient peasant agriculture, yet without Moroccan field workers many farmers would struggle.”

These differences within the peasantry are often, but not always, related to whether or not the peasant owns land. Indeed Bernstein’s book is a useful explanation of the way, in different parts of the globe, the development of capitalism has been associated with the privatisation of land. This is further explored by looking at the destruction of existing peasant relations in the eras of colonialism and imperialism.

As a result of these developments, Bernstein writes:

“In agrarian societies before the advent of capitalism… farming was what most people did. What we call “agriculture” was then simply an aggregation, the sum total, of farmers and their activities. Farmers connected with non-farmers to some degree through the exactions of rents and taxes and through typically localized exchange but were not affected by the wider divisions of labour, process of technological change and market dynamics that came to characterize the “agricultural sector” in industrial capitalism.”

Today’s capitalist economy is geared to the maximisation of profits and almost no part of the agricultural world can be separated out from that. Indeed in many parts of the world capitalism has (and continues to) explicitly turn the family farmer into a wage labourer “working with other people’s means of production.”

Bernstein’s book is short (of the order of 120 pages) but it covers a multitude of ideas and useful analysis. It is an excellent primer for discussions of wider agrarian questions but its Marxist approach makes it particularly useful for activists. The authors examination of some contemporary peasant movements (such as the Brazilian Landless Workers Movement) should be of particular interest.

Martin Empson is the author of Marxism and Ecology; Capitalism, Socialism and the Future of the Planet. This review also appears in his blog, Resolute Reader.