Book review: “A vision of an alternative world system, based on social equity and justice and environmental sustainability” 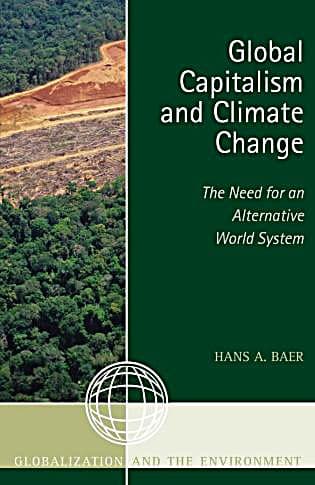 The science says it’s now far beyond sensible doubt that we can keep dumping greenhouse gases into the sky without terrible results – from more extreme floods, droughts and storms, to the disappearance of the Arctic ice cap, dramatic cuts in food yields and the drying out of the Amazon rainforest.

“Why” is the climate question of questions because you can’t solve a problem unless you grasp its real causes.

Hundreds of books on the climate crisis have been published in the past few years, but there is little consensus on how we’ve got into this mess. A common answer, favoured by mainstream politicians and economists, is that the problem is not enough capitalism. They propose creating new markets that trade in parts of the natural world (such as forests or carbon dioxide) in the hope it will make pollution unprofitable.

Others say the problem is mostly to do with bad technology and argue for various “techno-fixes” – such as geoengineering, genetically modified foods or nuclear power – as solutions. Many ecologists put an equals sign between people and pollution and say human overpopulation is tanking the planet.

Others still take refuge in various kinds of psychological approaches, saying the climate crisis results from the amoral greed of the superrich, or the unthinking selfishness of everyday consumers. A few even find a perverse comfort in misanthropic ideas about human nature: that human beings are simply hardwired to destroy the natural world no matter how society is organised. And, of course, the climate deniers neatly “solve” the climate crisis by saying: what crisis?

Hans Baer, a Melbourne-based anthropologist and radical activist, says all of these answers are unsatisfactory, and many of them downright dangerous. His new book Global Capitalism and Climate Change probes for answers into the web of social and economic relationships that define modern life.

He says the root cause of the climate emergency is capitalism, a global economic system that “systematically exploits human beings and the natural environment”. He concludes we need “a vision of an alternative world system, one based on two cardinal principles – namely social equity and justice and environmental sustainability.”

Baer says environmental destruction is inherent to capitalism because it thrives only on “profit-making” and “continued economic expansion”. Unable to jump off its “treadmill of production and consumption”, the system must continue to generate ever higher levels of waste and consumption, even though this threatens life on the planet in the long run.

Global Capitalism and Climate Change critically examines the claims that capitalism can be reformed and made “green” and rejects the argument that “the market will ultimately safeguard environmental values by placing a price on the planetary ecosystem and its components, including water, air, fauna, flora, and presumably human beings themselves”.

Furthermore, Baer says the notion of “green capitalism” does “not address the issue of social justice or equity and ultimately privileges profit making and economic expansion over environmental sustainability”.

Baer strongly supports the rollout of renewable energy, public transport and other green measures, but he also cautions that technological change alone cannot overcome the anti-ecological drive inherent in capitalism: “Technological innovations that on the surface appear to be more environmentally sustainable and energy efficient … must be part and parcel of a shift to a steady-state or zero-growth global economy if they are able to circumvent the Jevons Paradox [which says efficiency gains tend towards greater overall consumption] associated with global capitalism and its need for constant economic growth.”

Baer calls his vision of the alternative “democratic eco-socialism” and gives five principles that would define it.

Baer says such a system would also depart from the capitalist economy’s need for endless growth and also from the environmentally disastrous and undemocratic “socialism” of the former Soviet Union. He says: “Democratic eco-socialism rejects a statist, growth-centred or productivist ethic and recognises that humans live on an ecologically fragile planet with limited resources that must be sustained and renewed as much as possible for future generations.”

Baer insists that any shift towards democratic eco-socialism in any single country would have to be part of a “global process”, a “permanent revolution”. However, he also devotes a chapter to what he terms “progressive transitional reforms”, more immediately achievable measures that “can contribute to deeper systemic changes”.

Global Capitalism and Climate Change is an impressive work of scholarship, which draws on the work of a huge array of ecological writers and theorists. But the book also includes a meticulous analysis of the climate justice movement, in Australia and globally. Baer says this movement must develop into a much stronger global force if we are to have any hope of overcoming capitalism and solving the climate crisis.

Compared to most books published about climate change, Baer’s book is striking for its analytic rigour and its political commitment. It is easy to agree with Monthly Review editor John Bellamy Foster, who said of the book: “In his concrete and relentless examination of the social aspects of the climate problem, Baer has few, if any, equals.”