Monstrous as the consumer economy has become, consumer spending is not the biggest environmental problem.  Most waste and pollution is caused by industrial, military and commercial processes, over which consumers have no control.

CONSUMERS ARE NOT THE BIG GREEN PROBLEM

Most environmentalists would agree consumerism and consumer culture put too heavy a burden on the planet. Consumer spending is central to the economy, which is why economists and governments also pay it close attention.

But most mainstream economists say endless economic growth, which implies limitless consumption, is both possible and desirable. This ignores how it helps fuel our ecological problems.

Today, most things sold on the market are made to be thrown out and replaced. A big part of economic activity is made up of selling products “designed for the dump.” 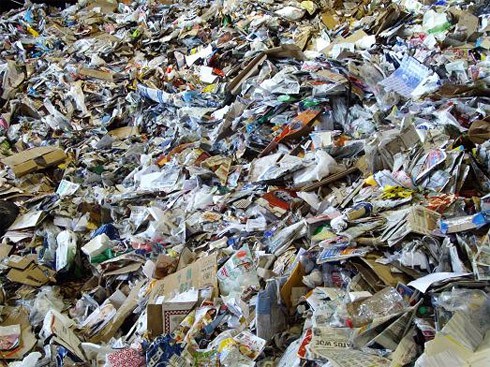 It’s not hard to see why this suits the biggest firms with the most market power. They make more money selling new products regularly than they can from products that are long-lasting, repairable and easy to upgrade.

This cycle begins with the extraction of raw materials from the earth. The throwaway economy needs to turn more and more of nature into products for sale: fossil fuels, soil nutrients, fresh water, metals and timber. The cycle ends with the steady release of waste back into the ecosphere: waste gases into the sky, waste pollutants into water, and waste chemicals and toxics into the soil.

In the rich nations and the upper class enclaves in the South, mass consumer society has also given rise to its own culture, which encourages individuals to define their happiness and social status by the things they consume.

These brands are sold on the promise they can satisfy complex emotional and social needs: happiness and relaxation, belonging and confidence, fun, sex, and respect. The promise is always an illusion. Having more stuff has not made us happier.

Advertising revenue is the corporate media’s main source of income. Rupert Murdoch, Ted Turner and Mark Zuckerberg would be nothing without it. Every media corporation is therefore a giant advertising machine.

The media’s role in the economy adds to the waste and pollution in the physical environment. But Adbusters‘ Kalle Lasn and Micah White say the advertising-driven media pollute the “cultural environment” too.

Perhaps the most glaring lie told is that the consumer society brings freedom and choice. John Bellamy Foster, Brett Clark and Richard York say in their book The Ecological Rift:

“The entire marketing system, in which trillions of dollars are spent persuading individuals to buy commodities for which they have no need, and no initial desire … is not a system for expanding choice but for controlling it in the interest of promoting ever-greater sales at higher profits.” 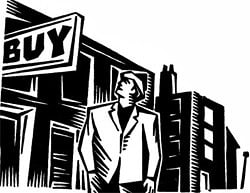 But while most environmentalists agree consumerism is a problem, differences emerge about what do about it and how to overcome it. Many are tempted to blame consumer choices for causing our environmental problems and insist too many consumers are wrecking the planet because they aspire to affluent, wasteful lifestyles.

Some radical ecologists also focus most attention on consumer choices. In a recent interview with Green Left Weekly, Ted Trainer said consumer “demand for affluence is a key driver of today’s global problems”. He said this meant “the main problem group is not the corporations or the capitalist class … The problem group, the key to transition, is people in general.”

But as monstrous as the consumer economy has become, consumer spending is still not the biggest environmental problem — not by a long shot. Most waste and pollution is caused by industrial, military and commercial processes, over which consumers have no control. For example, in her 2009 book The Story of Stuff, Annie Leonard said household waste makes up only about 2.5% of the US total — 97.5% of solid waste comes from business and government operations, not consumers.

Limiting personal consumption is a good idea where possible. But it hardly scratches the surface of the ecological problem, which lies in how our stuff is made and distributed.

That statistical fiction, “the average consumer”, does not reveal much either. It’s true that average personal consumption has risen in the West. But the average figure conceals the extent to which the ultra-rich are super-consumers and super-producers.

In 2005, Citigroup analysts decided the wealth gap in Western economies is so large they are best called “plutonomies” — economies powered by, controlled by and reliant for growth on a small, rich elite.

Trainer is a critic of capitalist growth and consumerism. But his focus on “people in general” as the source of environmental problems takes growth and consumption out of this social context. In a 1989 article in The Progressive, US radical ecologist Murray Bookchin said this kind of approach tends to “distort and privatize the problem.”

“It is inaccurate and unfair to coerce people into believing that they are personally responsible for present-day ecological dangers because they consume too much or proliferate too readily.”

It’s not much help to call on more people to choose simpler lifestyles because, “ironically, many ordinary people and their families cannot afford to live ‘simply’” in the present society.

Bookchin agreed that capitalist growth was “eating away the biosphere at a pace unprecedented in human history”. But he also said:

“Public concern for the environment cannot be addressed by placing the blame on growth without spelling out the causes of growth. Nor can an explanation be exhausted by citing ‘consumerism’ while ignoring the sinister role played by rival producers in shaping public taste and guiding public purchasing power.”

But if appeals for people to consume less or live simply fall short, it’s also dubious that consumerism can be neatly overcome by a shift to a non-capitalist economy, where the profit motive no longer drives production and investment.

In his 1979 book The Self-Managing Environment, Australian ecologist Alan Roberts said overthrowing capitalism is crucial, but is still not enough to fully tackle consumerism. The ecological disaster that was the Soviet Union, for example, shows that “the mere existence of planned, nationalised industry cannot prevent the gallop towards a destructive consumerism”.

Roberts’ point was that “consumerism is not just a particular organisation of the economy, but a way of life.” By this he meant that consumer culture — or the values of consumerism — “are reproduced by the life experience of people in almost every social sphere they inhabit, not just on the job, in their neighbourhood or in political life.”

So the problem of consumerism is not just about advertising and corporate power in the marketplace, as important as these things are. Consumerism endures because it is also a kind of compensation for an alienated existence. Consumerism thrives when most people — the producers, the workers — are powerless in politics and society.

Roberts summed up his argument in this way:

“Ecological values are those linked with consumption, but they are in fact substantially derived from the way in which people experience life as producers. It is that exploited, alienated and relatively powerless period, the working day, which reduces them to settling for commodity satisfaction in their ‘free time’.

“The bargain just struck — the deprivation of goods related to human community and creative effort, in exchange for commodities or the promise of them — extends its influence throughout all levels and institutions, marking out the shape of the ‘consumer society’. It is this society which threatens the environment with its unlimited appetite — unlimited precisely because its objects are so unsatisfying.”

To really tackle the consumer society and to stop it from reemerging, today’s powerless consumers need to win real control over their lives and labour. Roberts said a new system based on grassroots democracy — worker and community self-management — is the best ecological alternative.

This view of consumerism and how to tackle it also raises strategic issues for environmentalists today.

Roberts said it means environmentalists have a stake in “every struggle in an industrial society, whatever the immediate issue.”

How these struggles develop is key. Are they powered by grassroots activists or led by unaccountable functionaries? Do they try to build mass movements for change or do they focus mostly on lobbying politicians?

These are important ecological questions because it is by taking part in such struggles that people can begin to throw off their imposed social role as passive consumers.

After all, asks Roberts:

“What sort of self-management, what turn from consumerist values, could be expected of workers who meekly accepted a cut in real wages, or of women who surrendered to others their right to decide on child-bearing?”

This is a very different conclusion to Trainer, who said in his GLW interview that “the essential aim is not to fight against consumer-capitalist society, but to build the alternative to it”.

It is a mistake to separate the fight against present conditions from the building of an alternative way of life. It is through struggle against the injustices of capitalist society that the new values, ideas and institutions of an alternative, ecological society will emerge.