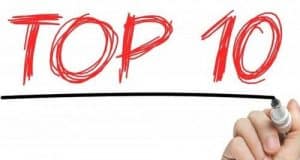 In 2022, this column introduced 68 new books for red-greens and green-reds. These were my ten favorites. This is a highly subjective and personal selection, in alphabetical order by author.

Guillaume Blanc
THE INVENTION OF GREEN COLONIALISM
Polity Books, 2022
Africa’s national parks were created by European imperial powers by forcibly evicting thousands of people from lands where they lived for centuries. Today, international conservation organizations continue to impose coercive models of “nature protection,” displacing local people, restricting access to resources, and criminalizing the use of the land. They are maintaining and extending a new type of imperial oppression: green colonialism.

Adrienne Buller
THE VALUE OF A WHALE
On the Illusions of Green Capitalism
Manchester University Press, 2022
A searing and insightful critique that examines the fatal biases that have shaped the response of our governing institutions to climate and environmental breakdown. Buller shows what’s wrong with carbon pricing, ‘green growth’, and the commodification of nature, exposing the self-defeating logic of ‘solutions’ based on creating new opportunities for profit.

John Bellamy Foster
CAPITALISM IN THE ANTHROPOCENE
Ecological Ruin or Ecological Revolution
Monthly Review Press, 2022
Humanity’s future is threatened by the capitalist system in which we live. The quality and even existence of the human future will depend on the nature of our struggles, on our ability to reinvent the world by reinventing ourselves, and on our willingness to transform the destructive social conditions that surround us. The planetary revolt of humanity in the twenty-first century will succeed only if it takes the form of a unified, revolutionary subject, emanating from the wretched of the earth.

Patrick Radden Keefe
EMPIRE OF PAIN
The Secret History of the Sackler Dynasty
Penguin Random House, 2021
Through Purdue Pharma, the Sackler family accumulated vast riches by promoting drug addiction, first to Valium, and then to deadly OxyContin. In a powerful work of investigative journalism, Keefe documents the greed, arrogance and inhumanity of a corrupt capitalist enterprise in search of profits at any cost.

James Poskett
HORIZONS
The Global Origins of Modern Science
HarperCollins, 2022
The history of science is often told as an account of great men, all European, making discoveries on their own. Poskett breaks through that mythology, revealing that the most important scientific breakthroughs have come from the exchange of ideas from different cultures around the world, and uncovering the vital contributions of scientists in Africa, America, Asia, and the Pacific. “Whatever period we look at,” he writes, “the history of science cannot be told as a story which focuses solely on Europe.”

Jeff Sparrow
CRIMES AGAINST NATURE
Capitalism and Global Heating
Scribe Publications, 2021
Sparrow challenges the claim that we are all to blame for climate change, showing that again and again, pollution and ecological devastation have been imposed on the population without our consent and (often) against our will. He argues that ordinary people have consistently opposed the destruction of nature and so provide an untapped constituency for climate action.

Julia Adeney Thomas, editor
ALTERED EARTH
Getting the Anthropocene Right
Cambridge University Press, 2022
Twelve important essays, ranging from solid science to speculative fiction, united by a common understanding that getting Anthropocene right means being accurate about the physical science, balanced about its implications, and just in envisioning potential futures for humanity. Counter to the claims of some, these readable, focused, and engaging essays show that science and the humanities need not be opposed, but can (and must) reinforce each other in understanding and countering the growing Earth System crisis.

Eric Williams
CAPITALISM AND SLAVERY
Penguin Classics, 2022
A new edition of a Marxist Classic! Arguing that the slave trade was at the heart of Britain’s economic progress, Eric Williams’s landmark study revealed the connections between capitalism and racism, and has influenced generations of historians ever since. Seventy years after its first publication, it remains absolutely essential reading for anyone who wants to understand racism, capitalism, and the origins of the modern world.

Mark Williams & Jan Zalasiewicz
THE COSMIC OASIS
The Remarkable Story of Earth’s Biosphere
Oxford University Press, 2022
A popular, non-technical account of the origin, history, and current state of life on Earth. The authors, who have played leading roles in defining the Anthropocene, show how patterns of diversity across the surface of the planet evolved, and how human activity is now degrading both biodiversity and the space in which life can exist.

Michael D. Yates
WORK WORK WORK
Labor, Alienation, and Class Struggle
Monthly Review Press, 2022
Mainstream economists tell us that workers and bosses negotiate as equals in the labor market. Michael Yates shows that labor market is really just cover for capitalist extraction of wealth from wage laborers. He explains how it really works, and demonstrates the nature and necessity of class struggle, which alone can end that exploitation and the system that makes it possible.

Ten is an arbitrary number. If my list had had been longer, it would have included …

Caroline Elkins, LEGACY OF VIOLENCE: A History of the British Empire, Alfred A. Knopf, 2022

China Miéville, A SPECTRE, HAUNTING: On the Communist Manifesto, Head of Zeus, 2022

Ed Yong, AN IMMENSE WORLD: How Animal Senses Reveal the Hidden Realms Around Us, Alfred A. Knopf. 2022