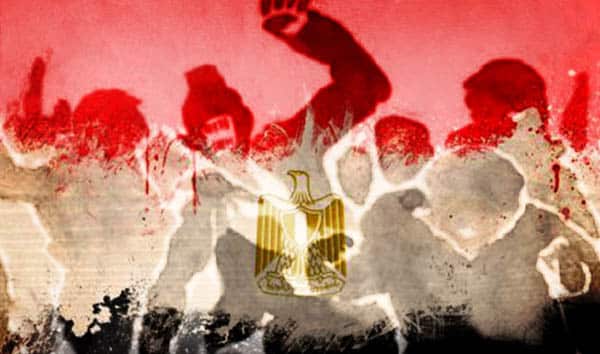 This statement was released in late June by a group of activists in Egypt. Censorship prohibits its publication there, but it is being circulated internationally by the UK-based Egypt Solidarity Initiative.

This November the COP 27 conference will be held in the tourist town of Sharm El-Sheikh in the Sinai Peninsula, in Egypt. The governments of the world have broken nearly all the promises made in the Glasgow COP 26. We are all inching closer to a climate catastrophe, but political leaders and major corporations are too immersed in their competition for resources, markets and geopolitical dominance to take the necessary measures to save our planet.

It is becoming clearer every day to millions of people across the globe that only a grassroots movement can force through actual change.

Yet the COP 27 conference is taking place in an isolated heavily policed tourist resort with only one major road in and out, and hotels that are required to charge rates that might push the entire COP beyond the means of many grassroots organizations, particularly those from poorer countries. The Egyptian government has announced that there will be space for opposition during the conference, but what they actually mean is that activists will be offered fake ‘astroturfed’ protests in which state-affiliated NGOs demonstrate near the convention center to deliver the impression of an independent local civil society. No real Egyptian opposition activists will be allowed near Sharm El-Sheikh during the conference. It would be a shame if genuine global grassroots movements are fooled into taking part in such a state-orchestrated charade.

While the Egyptian government is preparing to host COP27, thousands of people, among them human rights defenders, journalists, peaceful protesters, lawyers, opposition politicians and activists continue to suffer in Egyptian jails in brutal conditions, solely for exercising their rights to freedom of expression, association or peaceful assembly, without legal basis or following grossly unfair trials. Egypt is an African country and part of the Global South. But Egypt is also a country ruled by a brutal and corrupt military dictatorship. The regime of Abdelfattah El-Sisi, will present itself during the conference and in the months leading to it, as championing the needs and demands of the Global South in general and the African continent in particular. This is a great lie. The only thing this regime represents is the military junta that has been in power since 2013.

In July, 2013 General Sisi came to power through a brutal Military coup, taking advantage of the failed policies, political paralysis and betrayed promises of the presidency of Mohamed Morsy and the Muslim Brotherhood. The regime since then has crushed all forms of opposition through a campaign of terror. This regime does not represent the Egyptian people nor in any way does it represent the African continent or the Global South. Sisi will do everything he can to greenwash the regime and highlight a few showcase projects of alternative and renewable energy. The reality is that he is ravaging both the Egyptian people and the environment.

The aim of this greenwashing is twofold: first, to extract as much financial aid as possible from the rich industrialized countries. Most of this money will end up being syphoned out of the country into the bank accounts of Sisi and his generals in those same industrialized countries. Second, is to distract from his abysmal human rights record, and as usual, the leaders of the supposedly democratic Western governments will allow him to get away with it.

It is the people of the Global South including Egypt, who will pay the heaviest price for climate change and the degradation of the environment. It is therefore essential that they become part of the global movements putting pressure on governments for changes that would slow or reverse those processes.

But the Egyptian people are denied the right to organize or demonstrate. They are also denied any kind of freedom of expression. (Over 500 Egyptian opposition internet sites have been blocked since 2014). All this is done through draconian laws, extra-legal imprisonment, torture and even murder.

Egyptian activists who have opposed aspects of the government’s environmental policies have been harassed, imprisoned, put under surveillance and silenced. Whatever the issue, whether the fight against the importing of coal, or against cement factories close to residential areas and the health damages they cause, or against fertilizer factories polluting water sources, or even against the destruction of trees and green areas in urban centers to make way for construction projects, the response is always the same: repression.

These words are not meant for the political leaders that will take part in the conference or their governments. Those leaders are travelling to Sharm el-Sheikh in November to celebrate the Egyptian regime and help Sisi greenwash his government. They are also coming to make business deals and consolidate alliances and make mediocre insufficient promises about climate change that they have no intentions of fulfilling (Just watch them groveling to make new oil and gas deals with the Gulf absolute monarchies after the Russian war on Ukraine).

These words are meant for activists in the global grassroots movements against climate change, but also for those fighting for democracy, freedom and social justice. In fact, it is becoming clearer than ever that separating these two struggles can only be detrimental to both.

To all those who are organizing counter-events, in the run up to the November conference or during the event itself: Your fight is our fight, do not let Sisi get away with claiming to represent the south, do not allow him to greenwash his murderous regime. Let us work together in the Global South and North for a world free of climate change and environmental degradation. That can only be possible if we also stand together in solidarity for democracy, human dignity and freedom.

The Egyptian Campaign for Climate and Democracy
June 2022