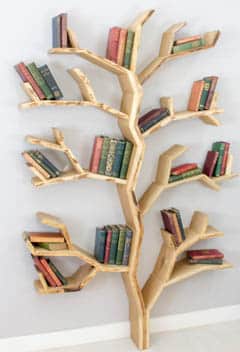 Terry Irving
THE FATAL LURE OF POLITICS
The Life and Thought of V. Gordon Childe
Monash University Publishing, 2020
The Australian archaeologist and prehistorian V. Gordon Child was one of the great Marxist scholars of the 20th century. His books, including What Happened in History? and Man Makes Himself, are classic works, fundamental to a materialist understanding of humanity’s early years. Finally, we have an in-depth biography, focusing on the central place of socialist politics in Childe’s life, and the theory of history that his politics entailed.

Clifford D. Conner
THE TRAGEDY OF AMERICAN SCIENCE
From Truman to Trump
Haymarket Books, 2020
For nearly a century, the primary motive driving American science and technology has been the search for new and more efficient ways to kill people. Conner argues that replacing the current science-for-profit system with a science-for-human-needs system is not an impossible, utopian dream — but to do so, we need to understand the sources of its dark history.

Neil Shubin
SOME ASSEMBLY REQUIRED
Decoding Four Billion Years of Life, From Ancient Fossils to DNA
Penguin Random House, 2020
An accessible account of the great transformations in the history of life on Earth. The author of Your Inner Fish provides a new view of the evolution of human and animal life that explains how the incredible diversity of life on our planet came to be.

Elaine Graham-Leigh
MARX AND THE CLIMATE CRISIS
Counterfire, 2020
In some quarters, the idea that we should look to Marx and Engels for ecological thinking is a counterintuitive one. In fact, their ecological thinking is essential for understanding what is really needed to save the planet. A manifesto for system change and an account of why humanity faces its greatest crisis.

Shaun Richman
TELL THE BOSSES WE’RE COMING
A New Action Plan for Workers in the Twenty-First Century
Monthly Review Press, 2020
In an age of rampant inequality, of increasing social protest and strikes—and when a majority of workers say they want to be union members—why does union density continue to decline? Shaun Richman takes on some of the labor movement’s sacred cows, and describes what it will take to re-establish unions and worker militancy in workplaces across America.

Paul LeBlanc
THE LIVING FLAME
The Revolutionary Passion of Rosa Luxemburg
Haymarket Books, 2020
Marxist essays on the life, ideas, and lasting influence of a great revolutionary leader, dealing not only with her remarkable contributions to political, social and economic theory, but also her vibrant personality and intimate friendships.