Six important new books: The Return of Nature … Deaths of Despair … Rebel Cinderella … August Bebel … The Green New Deal and Beyond … The Triumph of Doubt 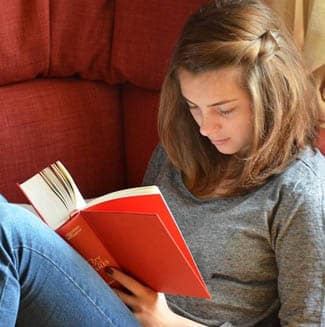 John Bellamy Foster
THE RETURN OF NATURE
Socialism and Ecology
Monthly Review Press, 2020
Frequent C&C contributor Martin Empson writes: “John Bellamy Foster’s classic work Marx’s Ecology was published in 2000. Since then it has rightly become a classic study of the ecological core to Karl Marx’s thought. The Return of Nature is his latest work which, he says, has taken nearly twenty years of research. This detailed study of those scientists, thinkers, activists and socialists who, in the years following the death of Marx developed and expanded the dialectical thinking that Marx and Engels first developed, is ground-breaking. It will join Marx’s Ecology as a classic work of radical ecology.”

Anne Case & Angus Deaton
DEATHS OF DESPAIR
and the Future of Capitalism
Princeton University Press, 2020
Deaths from suicide, drug overdose, and alcoholism claim hundreds of thousands of American lives each year — and the total is still rising. Case and Deaton explain the overwhelming surge in these deaths and shed light on the social and economic forces that are making life harder for the working class. For those who used to prosper in America, capitalism is no longer delivering.

Adam Hochschild
REBEL CINDERELLA
From Rags to Riches to Radical, the Epic Journey of Rose Pastor Stokes
HMH Books, 2020
The astonishing but forgotten story of an immigrant sweatshop worker who married an heir to a great American fortune and became one of the most charismatic radical leaders of her time. A pioneering feminist and birth control advocate, Stokes was active in the Socialist Party before World War I, wrote frequently for left-wing publications, and became a founding member of the Communist Party in 1919.

Jürgen Schmidt
AUGUST BEBEL
Social Democracy and the Founding of the Labour Movement
Bloomsbury, 2018
A long-overdue biography of a towering figure of socialism in 19th century Europe. He was a founding member of the first Marxist party in Germany and later the undisputed leader of the Social Democratic Party and the leading figure of the German labor movement until his death in 1913. Eleanor Marx said he was “perhaps the finest orator of his country,” and Alexandra Kollontai described his book, Women Under Socialism, as “the bible” of the socialist women’s movement.

Stan Cox
THE GREEN NEW DEAL AND BEYOND
Ending the Climate Emergency While We Still Can
City Lights, 2020
The Green New Deal will be a step in the right direction, but it isn’t enough. Author and plant scientist Stan Cox explains why we must abolish the use of fossil fuels as soon as possible, and how it can be done. He addresses a host of glaring issues not mentioned in the GND and offers ideas for a solution to the deepening crisis.

David Michaels
THE TRIUMPH OF DOUBT
Dark Money and the Science of Deception
Oxford University Press, 2020
Michaels traces the rise of science-for-hire in U.S. business and government, the powerful  think tanks and consulting firms that produce reports, studies and testimony designed to block regulation of untested, unsafe and often deadly products and activities. Michaels, a former head of the Occupational Safety and Health Administration, offers a unique insider’s view of the amoral industry that is paid to deceive.