New books for reds and greens. How the Richest Drive Climate Change; Planning from Below; The Scottish Clearances; Slime; Here Comes the Sun; Eco-Socialism and Practical Utopias 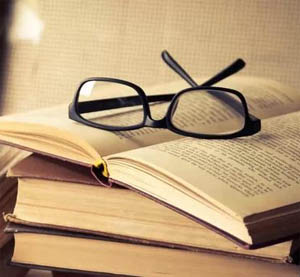 Dario Kenner
CARBON INEQUALITY
The Role of the Richest in Climate Change
Routledge, 2019
Focus on the US and UK, Kenner studies the role of the richest people in contributing to climate change through luxury consumption investments. He shows how the richest people running large oil and gas companies have successfully used their political influence to lobby the governments, and have played a crucial role in blocking a low-carbon transition in the US.

Marta Harnecker and José Bartolomé
PLANNING FROM BELOW
A Decentralized Participatory Planning Proposal
Monthly Review Press, 2019
Political scientist, author, and activist, Marta Harnecker devoted her life to collaborating in building radical democracy in Latin American communities. In her last book, written with Spanish economist José Bartolomé, she shares  her wisdom on how communities everywhere can gain empowerment. When impoverished people became involved in the planning process, they can become the creators of their own destiny.

T.M. Devine
THE SCOTTISH CLEARANCES
A History of the Dispossessed, 1600-1900
Penguin Books, 2019
A story of forced clearance, of the destruction of entire communities and of large-scale emigration. In 18th century Scotland, traditional ways of life were overturned by the ‘rational’ exploitation of land use. A superb and highly original account of this terrible process, which changed the Lowlands and Highlands forever.

Ruth Kassinger
SLIME: How Algae Created Us, Plague Us, and Just Might Save Us
Houghton Mifflin Harcourt, 2019
Algae created the Earth we know today, with its oxygen-rich atmosphere, abundant oceans, and coral reefs. Crude oil is made of dead algae, and algae are the ancestors of all plants. It is hailed as a new source of food and fuel, and condemned as the cause of oceanic dead zones around the world. Kassinger takes readers on an around-the-world, behind-the-scenes, and into-the-kitchen tour.

Steve Jones
HERE COMES THE SUN
How it feeds us, kills us, heals us and makes us what we are
Little, Brown, 2019
Life on Earth is ruled by our nearest star, the massive nuclear in sky. Its output controls the physics and chemistry of our home as much as it does the lives and deaths of its inhabitants,. Geneticist Steven Jones charts some of his own research in places hot and cold across the globe on the genetic and evolutionary effects of sunlight on snails, fruit-flies and people.

Robert Albritton
ECO-SOCIALISM NOW AND FOR THE FUTURE
Practical Utopias and Rational Action
Palgrave Macmillan, 2019
It is increasingly apparent that capitalism cannot stave off the truly frightening ecological disasters that threaten the future of life on earth. While changes at a local level are important, changes at a global level are essential. Albritton proposes ‘practical utopias’ as a process of thinking by which short-term changes tend in the direction of desirable changes in the long term.