“The National Park model of excluding indigenous peoples and local communities is fundamentally flawed. We have witnessed countless examples of human rights abuses in conservation projects.” 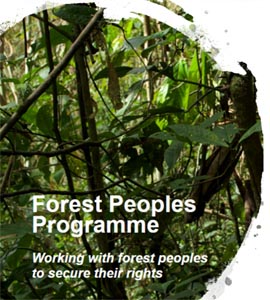 “To protect the world’s forests and wildlife while respecting the rights of those who have lived for generations in these areas we need a fundamental change in the approach taken to conservation globally.

“The National Park model of excluding indigenous peoples and local communities is fundamentally flawed ­– we have witnessed countless examples of human rights abuses in conservation projects, stretching back to our formation in the 1990s.”

Yet conservation and human rights are not intrinsically opposed. There is mounting evidence that conservation based on respect for the rights of traditional owners of the lands is more effective than exclusionary protected areas. For example, in the Amazon deforestation is between 2 and 6 times lower in areas where indigenous people have land rights.

Despite the long-standing formal commitments of WWF and many other conservation agencies to respect human rights, the reality experienced by many communities on the ground is very different and the abuses very real. Whitehead said:

“With so much information now in the public domain, governments, conservationists and donors cannot ignore these abuses. At this time of threats from climate change and environmental destruction, the need to place conservation in the hands of those well placed to ensure the worlds biodiversity is secured is critical. Now is the time for a real shift to a conservation model that works to uphold and extend the rights of indigenous peoples and local communities.”

FPP calls on the donor community to step up and ensure that none of their funding results in rights abuses and that it in fact invests in the types of conservation that strengthens the rights of indigenous peoples and local communities, and ultimately provides the most effective protection for our natural environments.

In early work in the area, in the 1996 report ‘Salvaging Nature’, FPP & UNRISD argued that conservation increasingly seeks to limit human activities in biodiversity-rich areas. Marcus Colchester, the author of the report and Senior Policy Lead at FPP, said:

“Mainstream conservationists have sought to impose their culturally-bound vision of natural resource management on indigenous peoples without taking into account their rights under international law or their different priorities and perceptions. Forced relocation, impoverishment, cultural destruction and the undermining of traditional systems of natural resource management have been common results of this type of conservation. Conflicts between indigenous peoples and conservation agencies have resulted, making protected areas unmanageable and inoperative.”

The Durban Accord, in 2003, called for the need for “a fresh and innovative approach to protected areas and their role in broader conservation and development agendas,” and spelled out that “this approach demands the maintenance and enhancement of our core conservation goals, equitably integrating them with the interests of all affected people. In this way the synergy between conservation, the maintenance of life support systems and sustainable development is forged.”