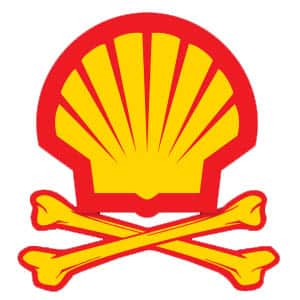 Royal Dutch Shell’s scientists warned the oil giant about the threat that fossil fuel emissions pose to the planet as early as the 1980s, according to a trove of documents obtained by a Dutch journalist and published Thursday at Climate Files.

Environmental advocates say the documents—which bolster an investigative report published last year—demonstrate the “stunning” immorality of oil and gas companies. The records are expected to aid global efforts to hold the industry to account for its contributions to global warming.

One such document, a confidential 1988 report entitled “The Greenhouse Effect,” outlines a comprehensive study of climate science and the projected impact of fossil fuels, and reveals that the company secretly had been commissioning such analyses since at least 1981. The report acknowledges the central role that fossil fuels—especially oil—play in increasing CO2 emissions that drive global warming.

“Although CO2 is emitted to the atmosphere through several natural processes,” the report states, “the main cause of increasing CO2 concentrations is considered to be fossil fuel burning.”

This latest confirmation that Shell, for more than three decades, has been privately aware of its products’ contributions to the climate crisis but opted to publicly promote skepticism about climate science mirrored similar findings about ExxonMobil in 2015.

“Just like Exxon, Shell knew about the dangers of climate change and instead chose to embark on a decades-long campaign of deception. These reports reaffirm that fossil fuel companies have been—and always will be—bad actors,” declared 350.org executive director May Boeve.

“To all elected officials and institutions let this be a sign: there’s no excuse left to have ties to these rogue corporations,” Boeve added. “It’s up to all of us to hold the likes of Shell accountable, and build the fossil free world that puts people and our planet first.”

Friends of the Earth Netherlands, or Milieudefensie, sent Shell—a Dutch company—a liability letter on Wednesday informing the oil giant that it has eight weeks to bring its policies into compliance with the goals outlined in the Paris Agreement, or it will be forced to face off against the environmental group in court.

“Many of us are doing [our] best to put an end to the climate problem,” said Milieudefensie director Donald Pols. “In the meantime, Shell continues to invest in new oil and gas sources. Shell, just like the rest of us, should take its responsibility to stop wrecking the climate.”

“If we win this case,” added Friends of the Earth International chair Karin Nansen, “it has major consequences for other fossil companies, and opens the door for further legal action against other climate polluters.”