István Mészáros, one of the finest political philosophers of our time, died on October 1. As this article shows, he was one of the first Marxists to identify the global environmental crisis as a central contradiction of late capitalism. 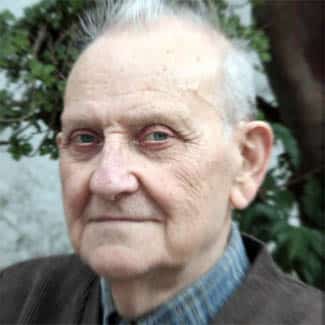 “István Mészáros is one of the greatest philosophers that the historical materialist tradition has yet produced. His work stands practically alone today in the depth of its analysis of Marx’s theory of alienation, the structural crisis of capital, the demise of Soviet-style post-revolutionary societies, and the necessary conditions of the transition to socialism. His dialectical inquiry into social structure and forms of consciousness — a systematic critique of the prevailing forms of thought — is unequaled in our time. No less a historical figure than Hugo Chavez referred to him as the ‘pathfinder’ of twenty-first century socialism.” —John Bellamy Foster

István Mészáros, one of the finest political philosophers of our time, died on October 1. As this article shows, he was one of the first Marxists to identify the global environmental crisis as a central contradiction of late capitalism.

In 1970, he received first Deutscher Memorial Prize for his book Marx’s Theory of Alienation. The following is an excerpt from the lecture he delivered at the prize ceremony in January 1971.

A decade ago the Walt Rostows of this world were still confidently preaching the universal adoption of the American pattern of “high mass-consumption” within the space of one single century. They could not be bothered with making the elementary, but of course necessary, calculations that would show them that in the event of the universalization of that pattern — not to mention the economic, social and political absurdity of such an idea — the ecological resources of our planet would be exhausted well before the end of that century several times over. After all, in those days top politicians and their Brain Trusts did not ride on the bandwagon of ecology but in the sterilized space-capsules of astronautical and military fancy. Nothing seemed in those days too big, too far, and too difficult to those who believed — or wanted us to believe— in the reli­gion of technological omnipotence and of a Space Odyssey around the corner.

Many things have changed in this short decade. The arrogance of military power suffered some severe defeats not only in Vietnam but also in Cuba and in other parts of the American hemisphere. International power relations have undergone some significant changes, with the immense development of China and Japan in the first place, exposing to ridicule the nicely streamlined calculations of escalation experts who now have to invent not only an entirely new type of multiple-player chess game but also the kind of creatures willing to play it, for want of real-life takers. The “affluent society” turned out to be the society of suffocating effluence, and the allegedly omnipotent technology failed to cope even with the invasion of rats in the depressing slums of black ghettos. Nor did the religion of Space Odyssey fare any better, notwithstanding the astronomical sums invested in it: even the learned Dr. Werner von Braun himself had to link up the latest version of his irresistible “yearning for the stars” with the prosaic bandwagon of pollution (so far, it seems, without much success).

“The God that failed” in the image of technological omnipotence is now revarnished and shown around again under the umbrella of universal ecological concern. Ten years ago ecology could be safely ignored or dismissed as totally irrelevant. Today it must be grotesquely misrepresented and one-sidedly exaggerated so that people—sufficiently impressed by the cataclysmic tone of ecological sermons—can be successfully diverted from their burning social and political problems. Africans, Asians, and Latin Americans (especially Latin Americans) should not multiply at pleasure—not even at God’s pleasure, if they are Roman Catholics—for lack of restraint might result in “intolerable ecological strains.” That is, in plain words, it might even endanger the prevailing social relation of forces, the rule of capital. Similarly, people should forget all about the astronomical expenditure on armaments and accept sizeable cuts in their standard of living, in order to meet the costs of “environmental rehabilitation”: that is, in plain words, the costs of keeping the established system of expanding waste production well oiled. Not to mention the additional bonus of making people at large pay for, under the pretext of “human survival,” the survival of a socioeconomic system that now has to cope with deficiencies arising from growing international competition and from an increasing shift in favor of the parasitic sectors within its own structure of production.

That capitalism deals this way — namely its own way — with ecology, should not surprise us in the least: it would be nothing short of a miracle if it did not. Yet the exploitation of this issue for the benefit of “the modern industrial state”—to use a nice phrase of Professor Galbraith’s—does not mean that we can afford to ignore it. For the problem itself is real enough, whatever use is made of it today.

Indeed, it has been real for quite some time, though of course, for reasons inherent in the necessity of capitalist growth, few have taken any notice of it. Marx, however—and this should sound incredible only to those who have repeatedly buried him as an “irretrievably irrelevant ideologist of nineteenth-century stamp”—had tackled the issue, within the dimensions of its true social-economic significance, more than one hundred and twenty-five years ago.

Criticizing the abstract and idealist rhetoric with which Feuerbach assessed the relationship between man and nature, Marx wrote:

“Feuerbach . . . always takes refuge in external nature, and moreover in nature which has not yet been subdued by men. But every new invention, every new advance made by industry, detaches another piece from this domain, so that the ground which produces examples illustrating such Feuerbachian propositions is steadily shrinking. The “essence” of the fish is its “existence,” water—to go no further than this one proposition. The “essence” of the freshwater fish is the water of a river. But the latter ceases to be the “essence” of the fish and is no longer a suitable medium of existence as soon as the river is made to serve industry, as soon as it is polluted by dyes and other waste products and navigated by steamboats, or as soon as its water is diverted into canals where simple drainage can deprive the fish of its medium of existence.” [Marx and Engels, “The German Ideology,” Collected Works, vol 5, 55-6]

This is how Marx approached the matter in the early 1840s. Needless to say, he categorically rejected the suggestion that such developments are inevitably inherent in the “human predicament” and that, consequently, the problem is how to accommodate ourselves to them in everyday life. He already fully realized then that a radical restructuring of the prevailing mode of human interchange and control is the necessary prerequisite to an effective control over the forces of nature that are brought into motion in a blind and ultimately self-destructive fashion precisely by the prevailing, alienated and reified mode of human interchange and control. Small wonder, then, that to present-day apologists of the established system of control his prophetic diagnosis is nothing but “parochial anachronism.”

To say that “the costs of cleaning up our environment must be met in the end by the community” is both an obvious platitude and a characteristic evasion, although the politicians who sermonize about it seem to believe to have discovered the philosopher’s stone. Of course it is always the community of producers who meet the cost of everything. But the fact that it always must meet the costs does not mean in the least that it always can do so. Indeed, given the prevailing mode of alienated social control, we can be sure that it will not be able to meet them.

Furthermore, to suggest that the already prohibitive costs should be met by “consciously putting aside a certain proportion of the resources derived from extra growth”—at a time of nil growth coupled with rising unemployment and rising inflation—is worse than Feuerbach’s empty rhetoric. Not to mention the additional problems necessarily inherent in increased capitalistic growth.

And to add that “but this time growth will be controlled growth” is completely beside the point. For the issue is not whether we produce under some control, but under what kind of control; since our present state of affairs has been produced under the iron-fisted control of capital that is envisaged, by our politicians, to remain the fundamental regulating force of our life also in the future.

These are the main reasons why we cannot help being rather skeptical about the present-day institutionalization of these concerns. Mountains are in labor and a mouse is born: the super-institutions of ecological oversight turn out to be rather more modest in their achievements than in their rhetoric of self-justification: namely Ministries for the Protection of Middle-Class Amenities.

Republished with permission from István Mészáros, The Necessity of Social Control (Monthly Review, 2015).