Science, schmience. Now the elitists want us to buy special glasses. Don’t fall for their lies! 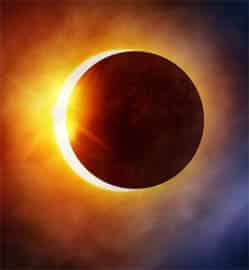 by Peter Dykstra, The Daily Climate

Scientists who claim some training in the workings of the human eye are all over the Main Stream Media, insisting that the eclipse can only be viewed through a list of viewing devices that they control.

Once again, they’re using eclipse alarmism to unnecessarily frighten the public, and they’ve created a tidy little eclipse-viewing business as the latest way to augment their already-huge paychecks.

Just as America stands virtually alone in rejecting the Paris Climate Accord (thanks, Syria and Nicaragua! Our little Coalition of the Illing!

In other words, a science scam, a pointy-headed Ph.D. Ponzi scheme, which, conveniently enough, has the path of the eclipse pointed almost exclusively at the U.S.

Doesn’t anybody remember just 13 years ago, when the same frenzy was packaged as a total lunar eclipse? I sure do—shortly after 10pm on October 28, 2004, the Boston Red Sox won their first World Series in 86 years, and 20 minutes later, we were told that God blotted out the moon in celebration.

A shameless cross-promotional tie-in for the national pastime to boot.

We’ve been told that global warming will make us sick, wipe out our coastlines, and move Spring Break from Padre Island to Winnipeg if we don’t drop a few billion into the climate science donation plate.

Now, we’re told that enjoying a good, unfettered look at a rare solar eclipse is still one more thing that will make young men go blind before their time. Fool me once … shame on you. So on Monday, I’ll be calling BS on the so-called science.

I won’t just be looking straight at the eclipse, I’ll be giving it the ol’ Stinkeye. Join me if you dare, and together, let’s stick a fork in this great global warming swindle, turning a blind eye to Big Science.

So, it’s up to all of us: And, as Chico Marx might say, who are you are you gonna believe, your own eyes or your own science?

And you know I’m kidding, right? Don’t try this at home, or anywhere else.

The Daily Climate is an independent, foundation-funded news service covering energy, the environment and climate change. Climate & Capitalism recommends it.