Ian Angus offers his opinions and recommendations, pro and con, on seven books he read while Climate & Capitalism was taking a break. 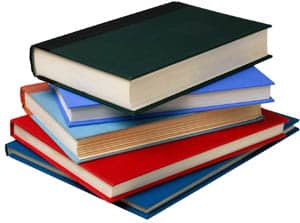 Climate & Capitalism is back, after a much-needed winter solstice and year-end break. I spent a lot of that time curled up with books, some excellent, some not so much. Here are my notes seven of them.

I particularly enjoyed two excellent accounts of the role of trees and other plants in Earth System. The Emerald Planet, by David Beerling, (Oxford University Press, 2007) covers the 500 million years since plants migrated from the oceans, and not only responded to climatic and other changes, but actively influenced conditions on Earth. He argues that studying the history of plants can provide important indicators of how climate change may impact conditions on Earth. The Hidden Life of Trees, by Peter Wohlleben, on the other hand, focuses on trees in the Northern hemisphere today. I found his anthropomorphism annoying and overdone, but despite that, this is a valuable and very accessible account what science has learned about the trees around us: how they respond to environmental change, communicate with each other, share nourishment with each other, and interact with a wide variety of living things. One major lesson: the way most forests are “managed” actually harms the trees.

The most deadly pandemic in human history was not the medieval Black Death, but the influenza epidemic that killed 50 to 100 million people in 1918. In Big Farms Make Big Flu (Monthly Review Press, 2016) Rob Wallace shows how agribusiness and industrial agriculture has created the conditions in which another such catastrophe is not only possible but likely. In this collection of posts from his blog Farming Pathogens, and other articles and talks, Wallace makes the case that the emergence of new strains of flu, and of other diseases like Ebola, isn’t just a health issue, and that only social and economic change can reduce our risks.

The only fiction I read over the break was Splinterlands, by John Feffer (Haymarket Books, 2017), and I recommend it highly not just for its politics, but because it is an enjoyable, if disturbing, read. In 2020, Julian West wrote a best-selling book predicting imminent social and political decline. In 2050, his predictions and worse are coming to pass, and he has been commissioned to write a follow-up report. To prepare it, he locates and speaks to his ex-wife and grown children, from whom he has long been estranged, and it becomes clear that there is something more sinister going on. Splinterlands is a short and powerful dystopian novel, framed as an all-too-credible account of what might happen in our lifetimes.

The philosopher Massimo Pigliucci has described some supposedly scientific writing as “a hodgepodge of good stuff and sheer nonsense, with no way to separate the chocolate from the manure, so to speak.” That’s a perfect description of two books I don’t recommend. Can Science Fix Climate Change? by Mike Hulme (Polity, 2014) combines an effective critique of climate engineering with a call for what he calls climate pragmatism, which amounts to doing as little as possible in the hope that new technology will save us. Hulme supports the anti-environmental Breakthrough Institute, and it shows. Even worse is Austerity Ecology & the Collapse-Porn Addicts, by Leigh Phillips (Zero Books, 2015). Phillips, who claims to be a radical, even a Marxist, makes some effective criticisms of Malthusian environmentalism (he uses Too Many People? by Simon Butler and me, as a major source) but his alternative is a leftish version of ecomodernism, including unlimited economic growth and technology worship — “We must push through the Anthropocene, indeed accelerate our modernity, and accept our species’ dominion over the Earth.” When a book contains a chapter titled “There Is No ‘Metabolic Rift'” it’s a clear sign that the author is delivering manure, not chocolate.

The Frankfurt School claimed to be Marxist, but, as Stuart Jeffries says in Grand Hotel Abyss (Verso, 2016) it “never stooped to revolution.” Theodor Adorno, Marx Horkheimer, Erich Fromm and others associated with it, “were virtuosic at critiquing the viciousness of fascism and capitalism’s socially eviscerating, spiritually crushing impact on western societies, but not so good at changing what they critiqued.” Their impact on the academic left in Europe and North America was extensive, and, for anyone who thinks that changing the world is the point, almost entirely negative. There are many books that try to explain their ideas — a difficult task, given their penchant for impenetrable jargon-laden prose — but Jeffries’ book is a history and group portrait that profiles the major figures and outlines their history from the school’s beginnings in the 1920s. His title comes from Georg Lukacs, who sarcastically described them as living in a luxury hotel, “equipped with every comfort, on the edge of an abyss, of nothingness, of absurdity.” It’s a valuable introduction to the lives and ideas of an influential group of 20th century philosophers. I recommend it to anyone who wants to understand why much of what passed for radical thought in academia in the late 20th century was so obscure and depressing.