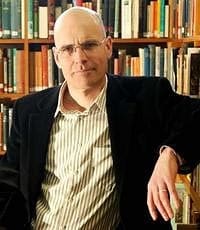 Australian environmentalist Clive Hamilton, author of Growth Fetish, Requiem for a Species and Earthmasters: The Dawn of the Age of Climate Engineering, is on a speaking tour in England — his topic is The Anthropocene and the Rupture of Climate Change. I haven’t always agreed with him in the past, but his work on the Anthropocene is very strong.

I like his summary of common misinterpretations of the new epoch, from the description of his UK talks:

A number of scientists and social scientists have put forward interpretations that, mostly unwittingly, deflate the significance of the new epoch and the threat it poses to humankind and the Earth. It has variously been:

Each of these can be shown to be a misreading arising either from a misunderstanding of Earth system science or from the imposition of an unscientific gloss.

Readers in the UK can see Clive Hamilton in Manchester June 5, Lancaster June 8, or Oxford June 12. If the talk is recorded, I will try to post it.