Our job is not to stand across the street yelling at people until they pass resolutions calling for the abolition of surplus value. We must be with the masses, where and when they are willing to struggle.

DO MARXIST PRINCIPLES PERMIT US TO BE GREENS? 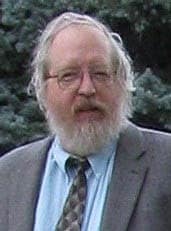 Mark Lause is author of  A Secret Society History of the Civil War, and a member of the State Committee of the Green Party of Ohio.

by Mark Lause
Reposted, with permission, from The North Star

If I had a dollar for every time I heard somebody say that they wouldn’t support the Greens because they were “a bourgeois party,” I’d probably be able to buy my very own state legislator . . . or, at least, a cheap city councilman.

While this assertion seems usually intended to kill the subject, I think a more refined understanding about the class nature of political parties among American Marxists is worth the risk of a discussion.

Not that this is easy in 21st century America. Unlike countries where citizens actually hold members in political parties, working people who are not officeholders or functionaries of an American party are only “Democrats” or “Republicans” in the sense of being consumers drawn to a party’s image. All things being equal, they and their class can no more “own” their party than they can the company that made the car they drive. We know which class owns that company.

So, too, in other countries, historically vibrant labor movements have had a direct association to a political party. In contrast, the generally miniscule trade unions in the U.S. haven’t even explored the idea of independent working class political action seriously for ninety years or more.   It’s true that the Democrats claim to represent workers, but so do the Republicans–and the sources of money and leadership clarify the class allegiances of both parties. Any Marxist worth the term – any real materialist of any sort – knows better.

You just can’t have a workers’ party without workers.

On the other hand, what we do have in the U.S. is a bourgeoisie. Over generations, sections of the managerial elites in government form parties in the service of those willing to finance their campaigns. These parties then compete over who can best hoodwink enough of the voting public to get a mandate to govern. So, you have a section of the bourgeois supporting the Republicans and another section supporting the Democrats. It seems obvious that is what makes them “bourgeois parties.” They have a section of the bourgeoisie engaged in its leadership and promotion.

You can’t really have a bourgeois party without the bourgeois.

The Green Party finances its campaigns on a shoestring. Their candidates are not full time politicians and almost always are working for a living while running for office. And whatever campaign workers there are contribute their time and efforts. No materialist can look at the Green Party and say with an honest face that they’re seeing the bourgeoisie or any part of it.

However, it is unclear as to what extent any of this has to do with materialism.

After all, when pressed, those who denounce the Greens as a “bourgeois party” often make the same sweeping charge against any party that does not include “socialist” or “labor” or some variation of this in their title. (This includes the Peace and Freedom Party which explicitly declares itself a socialist organization but doesn’t place this label in its name.)

Or – more generally – “bourgeois” is said (erroneously) to describe parties seen as insufficiently “socialist.” Certainly, the Greens are not an explicitly socialist party, as is the PFP, but the dynamic of Green politics clearly aims the direction of greater democracy, an extension of democratic rights into the economy, and the necessity of a democratically planned economy. True, some libertarian currents pretend to believe that the capitalist marketplace can address global warming, the present mass extinction event, and the low priorities – if any – accorded consideration of the natural world implicit in the modern industrial life. However, any Marxists recognizes that these problems scream for planning, socialism and democracy.

More than this, Marxists understand the dynamic of mobilizing people to fight on behalf of those issues. It is apt to recall the position Marx and Engels took in the Manifesto (as well as other works) on this question. They boasted that their followers “do not form a separate party opposed to the other working-class parties. They have no interests separate and apart from those of the proletariat as a whole. They do not set up any sectarian principles of their own, by which to shape and mold the proletarian movement.”

None of those “existing working-class parties” to which they referred – “the Chartists in England and the Agrarian Reformers in America” – explicitly advocated the overthrow of capitalism and the establishment of a socialist order (though the Blanquists, who are sometimes included, certainly did advocated the toppling of the French government).

Marxists do not make “any sectarian principles” as a barrier to keep us from struggling right alongside all workers who are willing to fight the system now and on the terms around which they are ready to fight.

More than this, I have been involved in situations where socialist candidates could have had the Green endorsement for the asking. However, they deigned to ask for it. When asked for an explanation, those socialists gave the same answer as BP after punching a hole in the Gulf of Mexico.

What roots Marxists – and this is according to Marx and Engels – are concerns that grow directly from the needs of the working class as a whole–regardless of nation, race, gender, industry, etc. Our job is not to stand across the street yelling at people until they pass resolutions calling for the abolition of surplus value. Nor is it to cross the street and stand with them while yelling at them.

Rather, what distinguishes the Marxists is the consistency of our efforts to generalize the concerns that move people around specific questions to the wider issue of class and power. Greens understand that national borders have come to mean little in the effects of an irresponsible environmental policy. They have always been very good in striving to reflect gender concerns in their candidates and leadership. And their international vision includes a deep anti-imperialism.

Nevertheless, American Greens need every kick in the ass we can give them to move away from being a party of aging white Baby Boomers towards a party that engages the young, who disproportionately account for the Green voting base. And to make a top priority of recruiting African-Americans and Latinos. There is also the need to establish venues that create an engaged Green membership that permit it to educate itself on any issues that concern them.

These are the kind of issues that should concern Marxists, not trying to get the Greens to embrace our terminology and traditions as a prerequisite to our joining with them on the electoral front.

In the end, though, the largest group of those self-described American “Marxists” who see some invisible class line between us and the Greens are the same ones who can’t abide the PFP because it doesn’t have “socialist” in its label.

Certainly, we can appreciate that it’s much more comfortable for those using an electoral campaign to get out socialist ideas to express those ideas in the familiar language of the last century, though it may not be widely understood by those we want to address. We even understand that those wanting to wage such campaigns can make it even easier on themselves if they insist that they can only support a ticket explicitly calling itself “socialist.” There is a practical argument for this, in that the totals might provide a measure of the political strength of good old-fashioned socialism in one incarnation or another.

To make this a point of principle, though, simply smacks of magical thinking – the idea that if we have to use the right words in the right order, we will finally turn American capitalism into a pumpkin.

It seems obvious, though, that more basic and visceral considerations weigh more than merely theoretical arguments. That is, those who argue most stridently for only supporting explicitly “socialist” campaigns running on a self-labeled “socialist” ticket have also historically deigned to support socialist campaigns by any but their own group.

I also got the abstract idea that elections are a way to gauge our strength. I just don’t know how to do it for these numbers. The 2012 presidential election included:

I’m sure I’m probably missing a few others who made splashes that were even more microscopic. For example, I found no totals for Stephen Durham of the Freedom Socialist Party. [Justice Party (Rocky Anderson) got 43,106.]

So, how does anyone seriously try to break down the meaning of such numbers?

Remembering that most election reporting processes don’t even bother reporting the rather large number of ballots for Vermin Supreme, Mickey Mouse, or Jesus, enough do slip through into the local election reports to hint that nationally, it’s a fair bet that Popeye won more votes than the Brother White.

Indeed, with 130 million voting, it seems a statistical certainty that a certain portion of them could have sneezed at the last minute sneeze, randomly adding a similar cluster of accident votes to every line on the ballot. That, party members, and family members might account for most of what went to Alexander and Harris.

Arguments that Marxists can principally support only support explicitly self-labeled socialist campaigns coming from these quarters might carry some weight if they actually took this advice themselves and did not run against each other.

True, the real life Green Party – a mix of hundreds of thousands of people among which white collar and professional workers predominant – is nowhere as enticing as the mass party of blue collar workers storming through our imaginations waving red flags and struggling–an an old Spartacist League acquaintance used to say – “for proletarian clarity amidst the factional frenzy.”

Perhaps, as Marxists we need to fall back on the insights of the Manifesto. Our principles do not require us to raise great sectional barriers between us and the rest of the working class. Quite to the contrary.

We will struggle with the masses where and when they are willing to struggle. There are hundreds of thousand of people voting against the profit system in defense of the environment, of labor’s rights, of gender equality – and supportive of mobilizations of power beyond the electoral arena.

However, acknowledging that there is no point of principle or line of class that precludes Marxist support for or involvement in the Greens is only the first point of our concern.

Once we agree that Marxist involvement with the Green electoral project is a matter of strategy and tactics rather than principle, we can finally move on to a productive and fruitful discussion what criteria should inform those strategic and tactical considerations.