Four decades after the U.S. military fled Vietnam, millions of children and adults still suffer the devastating effects of its deliberately ecocidal assault

H. Patricia Hynes, a former  professor of environmental health at the Boston University School of Public Health, now directs the Traprock Center for Peace and Justice. She has kindly given permission for Climate & Capitalism to repost these articles, which were originally published in Truthout in 2011. 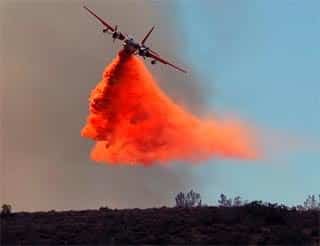 As long as Agent Orange is not addressed, along with the reparations that the US agreed to offer the Vietnamese, the Indochina War cannot be considered over. Rather, it entered a different phase, a phase without artillery and gunshots, but a phase in which millions continue to suffer and die in agony.

During the ten years (1961-1971) of aerial chemical warfare in Vietnam, US warplanes sprayed more than 20 million gallons of herbicide defoliants in an operation code-named Ranch Hand. Agent Orange, the dioxin-contaminated and exceedingly toxic herbicide manufactured by a handful of chemical companies for the US Department of Defense, constituted about 61 percent of the total herbicides sprayed in the war.[1] The particular dioxin found in Agent Orange (TCDD) is the one of the most toxic environmental contaminants, found to cause cancer, birth defects and disruptions to the immune and endocrine systems.

A late 1980s investigation by Adm. Elmo Zumwait, former commander of the US Navy in Vietnam and father of a naval officer who died following exposure to Agent Orange in Vietnam, unearthed evidence that the US military had knowingly augmented the defoliant’s toxicity by spraying “Agent Orange in concentrations six to 25 times the suggested rate.” Other investigations of court and National Archives documents have uncovered that the Agent Orange manufacturer Dow Chemical Company knew as early as 1965 that the dioxin contaminant in the defoliant was “one of the most toxic materials known …” and that, as early as 1957, the company knew that dioxin could be eliminated by lowering the temperature and slowing the manufacturing process. But eliminating dioxin would delay production and reduce company profits when wartime production called for rapid, high-quantity manufacture.

The US government also knew of the defoliant’s toxicity, according to a memo found during Zumwait’s 1988 investigation. Dr. James R. Clary, a former senior scientist at the US Air Force Chemical Weapons Branch who had designed the spray tanks for Operation Ranch Hand, wrote in response to a Congressional investigation into Agent Orange:

When we initiated the herbicide program in the 1960s, we were aware of the potential for damage due to dioxin contamination in the herbicide. We were even aware that the military formulation had a higher dioxin concentration than the civilian version due to the lower cost and speed of manufacture. However, because the material was to be used on the enemy, none of us were overly concerned. We never considered a scenario in which our own personnel would become contaminated with the herbicide.

The herbicide defoliant was used to destroy the Vietnamese and adjacent Laotian forest cover and food crops for Viet Cong forces and also to force Vietnamese farming peasants to relocate into cities. Extensive loss of forest cover, rubber plantations, mangroves, wildlife, crops and freshwater fish ensued. Agent Orange was also truck- and hand-sprayed to clear vegetation around US military bases. Former US pilots later revealed that they dumped hundreds of thousands of gallons from their planes into forests, rivers and drinking water reservoirs because military regulations required that herbicide spray planes return to base empty.

In this methodical “ecocide,” one-seventh of the land area of South Vietnam was sprayed, the key targets being mangroves on the fringe of the Mekong Delta, inland hardwood forests along the demilitarized zone separating North Vietnam from South Vietnam and the jungle canopy along the Viet Cong supply line. Arthur Westing, who documented the scale of US environmental destruction in Vietnam, wrote of the strategic ruination of tropical forest canopy and consequent destruction of its biodiversity: “I suspect the only satisfied animals, at least for a time, would be termites.”

While successive US administrations denied that they were employing first-strike chemical warfare in contravention of the 1925 Geneva Convention against biological and toxin weapons warfare, over 5,000 American scientists signed a petition in 1964 protesting the use of chemical warfare agents in Vietnam. Even after military analysis revealed in 1967 that the defoliation program did not advance the war and, conversely, may have been counterproductive by turning peasants who lost their crops against the US and toward the Viet Cong, the government continued using the chemical weapon.

In June 1971, defoliation in Vietnam was discontinued following National Institutes of Health-sponsored research that found dioxin caused deaths and stillbirths in laboratory mice. In the early 1980s, Times Beach, Missouri, put dioxin on the map of US awareness and, with Love Canal, topped the Environmental Protection Agency’s list of Superfund sites. Dioxin-contaminated oil had been sprayed for several years on the town’s road to suppress dust. Contamination was so severe that the government bought all the homes, relocated all the residents, fenced in the town and posted guards and signs reading, “Caution, Hazardous Waste Site, Dioxin Contamination.” No such protections for the affected Vietnam vets nor the Vietnamese.

By the end of the war, nearly five million Vietnamese had been exposed to Agent Orange, an exposure which has resulted in “400,000 deaths and disabilities and a half million children born with birth defects,” according to the 2008-2009 President’s Cancer Panel Report. Agent Orange was so extensively sprayed that all of the two million Americans who served in Vietnam are presumed exposed. The Veterans Administration now associates a multitude of cancers; heart disease; diabetes type 2; neuropathy; Parkinson’s disease and birth defects, including spina bifida, suffered by veterans and their children, with Agent Orange exposure. However, it took veteran advocates, their lawyers and concerned scientists decades of confronting inept and corrupt government health studies to overcome expedient myths and achieve this governmental acknowledgement of the human health harm of Agent Orange. Vietnam veterans continue to eke out needed health services from a reluctant government, which still contends that it used the deadly chemicals to protect the soldiers and refuses to accept any responsibility for multi-generations of Agent Orange victims in Vietnam.

This is a war that will not end; and a veterans’ web site proposes, “its victims names could be added to the black granite wall of the Vietnam memorial, casualties of the rainbow herbicides that followed them home from war.” In 1984, Vietnam veterans won a $180 million settlement against manufacturers of Agent Orange, including Dow Chemical and Monsanto, a settlement that, in reality, provided little compensation per veteran (an average of $1,200 for the most affected). Other US veterans and veterans in Australia, Canada and New Zealand have also received compensation in settlements with the manufacturers. In all cases, the manufacturers settled without admission of liability. Since the 1984 settlement, the Agent Orange manufacturers have argued successfully they are exempt from legal action — whether that of US veterans or Vietnamese victims — under laws that protect government contractors.

The war also persists in the dioxin residues accumulated in the Vietnamese environment and food chain and in the pollution of millions of human bodies, by now transmitted to three generations of Vietnamese. On January 31, 2004, The Vietnamese Association for Victims of Agent Orange/Dioxin (VAVA), a victims’ rights group, filed a lawsuit in US district court against several US manufacturers of Agent Orange. The lawsuit alleged that the United States conducted chemical warfare against the Vietnamese and violated the 1925 Geneva Convention banning biological and toxin weapons warfare. It sought restitution for the victims and the cleanup of chemical hotspots that remain from the war. The lawsuit was dismissed in district court, in appeals court and recently by the US Supreme Court.

Up to three million Vietnamese have suffered health-related problems from exposure to Agent Orange, according to the Vietnam Red Cross. Despite irrefutable science on the harm of dioxin exposure and evidence of exposure, the Vietnamese victims have received nothing by way of compensation, cleanup or services from the US government or Agent Orange manufacturers. That is, until 2007 when the US Congress appropriated $9 million for cleanup of contaminated sites and health-related activities. In 2011, USAID joined the Vietnamese government in the first phase of a $32 million dioxin-contaminated soil removal program at a former US air base in Danang, prompted by findings of a pivotal 2009 Canadian/Vietnamese study on patterns of dioxin contamination.

When the US fled Vietnam, it left behind its military waste. Toxic waste sites — which would qualify as highest ranking Superfund sites — remain around the former US airbases, among them Danang, Bien Hoa and Phu Cat, where Agent Orange was sprayed, stored, loaded into spraying equipment and planes and spilled. The 2009 Canadian/Vietnamese study documented the dioxin contamination pattern from Agent Orange on former US bases, the resulting food chain accumulation and the consequent contamination of human blood and breast milk in Vietnamese living on the former bases. The study found that spills on former airbases persist as “hot spots” of dioxin contamination when compared to jungle areas that were sprayed. Migration of dioxin through the food chain, especially in fish and duck fat, have resulted in very high levels in humans who are living and raising their food on the former bases. Levels of dioxin in breast milk of women living on these bases exceed World Health Organization standards for breastfeeding infants.

The research team called for the United States to take responsibility for a mitigation and remediation plan, working with the Vietnamese government to:

The 2011 USAID soil removal program at Danang is a start, on one of many comparable sites poisoning Vietnam ecosystems and people. However, weighing the $32 million military site cleanup against the estimated cost of $300 million for a proper site cleanup and health care services for the injured and ill, or the $2 million per day air war the US is waging in Libya, suggests that this rare and very overdue cleanup, from the most massive chemical warfare campaign in history, is but a few copper pennies from the military’s vast coffers. In her October 2010 visit to Vietnam, Secretary of State Hillary Clinton praised the joint USAID-Vietnam dioxin remediation project while she also chided the Vietnamese government for their human rights violations in jailing activists and censoring the Internet. The biblical metaphor in Matthew 7 comes to mind: “How can you say to your brother, ‘Let me take the speck out of your eye,’ when all the time there is a plank in your own eye? You hypocrite, first take the plank out of your own eye and then you will see clearly to remove the speck from your brother’s eye.”

In contrast, the Vietnam Friendship Village Project, a collaboration of American, Vietnamese and French combat veterans and former enemies is a model of restorative justice. The Friendship Village is a place with classrooms, a clinic and organic gardens where Agent Orange victims live and receive rehabilitation, education and vocational training, inspired by the human desire to heal what had been broken by war.

Continued in Part 4: A biological bargain with the devil