In a related article posted today, The climate march cynics are wrong, Paul D’Amato says “the depiction of marchers as dupes of a sinister corporate campaign betrays an elitist view about ordinary people and their supposed gullibility.” 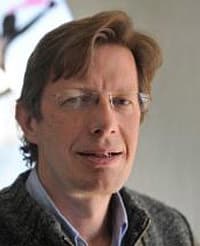 Patrick Bond is director of the University of KwaZulu-Natal Centre for Civil Society in Durban, South Africa

The world’s largest ever march against climate change on Sunday brought 400,000 people to the streets of New York, starting a lively parade at Central Park. On Tuesday, 120 of the world’s political leaders – notably not including the Chinese and Indians – gathered 25 blocks away at the United Nations. The message they got from society was symbolised by the march route: instead of heading towards the UN building, the activists headed the other way, west.

This directional choice reveals that hope for action on climate change comes not from the apparently paralysed heads of state and their corporate allies, who again consistently failed on the most powerful challenge society has ever faced: to make greenhouse gas emissions cuts necessary to halt certain chaos.

Instead, momentum has arisen largely from grassroots activists, even those fighting under the worst conditions possible, amidst denialism, apathy, corporate hegemony, widespread political corruption and pervasive consumer materialism. Nowhere is this better illustrated than in the place which according to Pew Research polling of major countries, suffers the second most poorly educated citizenry on climate (only 40 percent acknowledge it is a crisis): the United States itself. (Keep travelling west and the country with the least knowledge of climate – only 39 percent are informed – emerges on the horizon: China. In Brazil, awareness is 76 percent.)

So the main encouragement offered by this march, for me as a witness to similar but smaller outpourings of protest at UN Summits in Copenhagen, Cancun, Durban, and Warsaw between 2009-13, comes from the harsh terrain crossed, especially at gaudy Times Square: amongst the most culturally insane, ecologically untenable and politically barren on earth. The US not suffers a congressional science committee led by Republican Party dinosaurs who deny climate change, but its civil society is populated by far too many single-issue campaigning NGOs unable to see outside their silos, defeatist environmentalists many of whom are coopted by big business, and mild-mannered trade unions scared to engage in class and environmental struggles.

Nevertheless, it is here in the US that the most extraordinary victories have been won by climate activists against coal-fired power plants (300 have either been shut or prevented from being constructed). In addition to a huge battle against Canadian tar-sand oil imports, which included 1200 arrests at the White House three years ago, there are countless micro-struggles against fossil fuel extraction and refining sites, whose activists made up the most vibrant delegations at the march.

Many of the battles involve black, Native American, Latino and low-income people, who because of an exceptionally wicked history of environmental racism – akin to South Africa’s systematic dumping of pollution on blacks – have had to take leadership where the ‘Big Green’ NGOs comfortable in Washington DC have failed miserably: insisting on justice as a central component of social-ecological harmony.

This movement named itself ‘Environmental Justice’ in 1982 when deadly toxins were dumped in a North Carolina landfill and African-American communities fought back. In earlier times, the cry was ‘Not In My Back Yard!’ (Nimby) – but as critical mass emerged and links became clear between oppressed people who saw that their plight was not just local racism but systemic ecocide, it became ‘Not On Planet Earth!’ (Nope!).

As climate activists increasingly became concerned with justice since the early 2000s, beginning perhaps most forcefully with Ecuadoran eco-feminist NGO Accion Ecologica’s work in the Amazon, slogans rang out: ‘Leave the oil in the soil, the coal in the hole, the tar sand in the land, the shale gas under the grass.’ Beyond just conservation, these slogans reflected front-line concerns as well as the need for the Global North to pay its climate debt and begin a Just Transition to post-carbon civilisation.

In New York on Sunday, a renewed Climate Justice Alliance – a name I last heard in Copenhagen five years ago – was the main network connecting dozens of these struggles by people of colour (especially Indigenous Peoples) across North America. They offer a vision that includes a fairer distribution of costs and benefits of climate policy, and a transformative view of a world economy that must go post-carbon and post-profit if our species and countless others are to survive.

What the march did, better than any other event in history, was demonstrate the unity of activists demanding genuine emissions cuts and government funding of an alternative way of arranging society. Whether public transport, renewable energy, organic agriculture oriented to vegetarian diets, new production systems, a shift in our consumption norms, new ways of developing cities (so as not to resemble ghastly US suburban wastelands) and even ‘zero-waste’ disposal strategies, the huge crowd showed support for genuine post-carbon alternatives.

Public health activists in the AIDS Coalition to Unleash Power warned of resurgent opportunistic infections thanks to climate change. Anti-war activists connected the dots between global warming and Middle East and African oil, as well as renewed water wars. Democracy activists noted the Koch brothers’ and other fossil fuel corporations’ malign influence in Washington and state capitals. Dozens more such groups related their particular concerns to our more general survival.

Even better, not a single sign I witnessed over six hours traipsing back and forth from start to finish promoted establishment ‘fixes’. We have been bombarded with ‘false solutions’ by business and their government allies in climate policy debates the past fifteen years: carbon trading, carbon capture and storage (‘clean coal’), lacing the air with sulphur as a coolant, dropping iron filings in the ocean to create algae blooms (to suck up CO2), biofuels which cause landgrabbing, nuclear energy, genetically modified organisms and other geo-engineering frauds.

That was surprising because the social media campaigning group Avaaz.org had paid for signs plastering New York subways this week, hinting at corporate greenwashing. “What puts hipsters and bankers in the same boat?”, one Avaaz advert asked, on a backdrop of ocean water, illustrating the commonality of our plight. This was also a reference to the October 2012 flooding of Wall Street by Superstorm Sandy, shutting off the subway as waters rose to the tune of $60 billion in damages – a profound wake-up call to the climate-sleepy, politically backward island of Manhattan.

Sorry, Avaaz allies, in my experience nothing but trouble comes from inviting bankers into coalition. After all, they cannot even sort out their own industry’s messes, and evidence of their involvement in climate politics is appalling. Banker logic promotes carbon trading, in which the air itself is privatised and sold to the highest bidder. It has been a disastrous experiment in the European Union since 2005 where carbon credit prices fell nearly 90 percent amidst persistent scamming.

Many feared that for-profit ‘Green Economy’ gimmicks like carbon trading – resurgent now in California, China, South Africa, Brazil and Korea – would result from a big march lacking a central demand. As activist-writer Arun Gupta put it the day before the march, in Counterpunch ezine:

“This is one of those corporate-designed scams that in the past has rewarded the worst polluters with the most credits to sell and creates perverse incentives to pollute, because then they can earn money to cut those emissions. So we have a corporate-designed protest march to support a corporate-dominated world body to implement a corporate policy to counter climate change caused by the corporations of the world, which are located just a few miles away but which will never feel the wrath of the People’s Climate March.”

It was a valid fear, yet Gupta’s critique proved excessively cynical. The prevalence of eco-socialist and anarchist marchers generated repeated anti-capitalist slogans. No one believes that the UN promise to ‘put a price on carbon’ can incrementally address the crisis, given how erratically the trading mechanisms have so far set that price, in a world continually battered by financial speculation.

So on Monday, several more thousand hard-core activists turned out at Flood Wall Street, which the Occupy Wall Street movement helped prepare. The planning session I attended was beautifully illustrated by activists using the water metaphor as a way to show participants the ebb and flow of people, attempting to block roads and access to the stock market and nearby banks, amidst an anticipated police crack-down. Even though New York City now has a progressive Democratic Party mayor, Bill de Blasio, there continue to be persistent police abuses, what with the return of the notorious chief Bill Bratton.

But on Monday from 9am-6pm, 3000 activists took first Battery Park at the island’s southern tip, then achieved a seven-hour long occupation of Broadway at the site of the Wall Street raging bull statue. Though police ultimately arrested 100, what with the world’s media glare they were under pressure from de Blasio not to bust heads in the process.

The crowd had been revved up by Canadian writer Naomi Klein whose new book, This Changes Everything, explicitly challenges capitalism as a mode of production. And from Cape Town, so too did Archbishop Desmond Tutu again call for divestment from fossil-fuel corporations, and reinvestment in post-carbon technologies.

The UN heard mostly meaningless babble from heads of state on Tuesday – for example, South Africa’s Jacob Zuma trying to pretend that three massive new coal-fired power plants, widespread fracking, vast increases in coal exports and deep-sea oil drilling all underway now can be made consistent with cutting emissions by 34 percent by 2020, as he promised in Copenhagen. But the hundreds of thousands who turned out on Sunday and a hundred thousand more across the world who had solidarity marches show conclusively that while there remains paralysis above, there is movement below. Climate justice has just received a new lease on life.