Artist Marc Bamuthi Joseph says that if we don’t connect it to race and class, then environmentalism will never win a hearing from people who face racism and poverty every day. 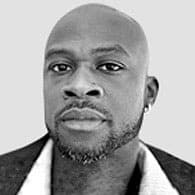 Marc Bamuthi Joseph  is a co-founder of Life is Living, a national series of one-day festivals designed to activate under-resourced parks and affirm peaceful urban life through hip-hop, the arts and focused environmental action, and Director of Performing Arts at Yerba Buena Center in San Francisco.

As environmentalism goes mainstream, corporations are marketing the word “green” as a panacea for the world’s climate crisis. Today the word describes a set of prescribed, mostly consumerist actions: buy local, organic and fresh; go vegan; eat in season; skip the elevator; take the stairs. “Green” has come to mean shopping at Whole Foods and possessing a Prius. Meanwhile, leading corporate polluters like BP and Exxon Mobil place commercials on CNN advertising their “green” practices.

It should come as no surprise, then, that “green” lifestyles don’t resonate with low-income communities; being “green” involves a set of behaviors that are financially or culturally inaccessible to millions of Americans. This presents a major problem for the environmental movement. If it is going to be successful, environmentalism simply cannot afford to be demographically segregated or isolated from the pathos of economic disparity.

The environmental movement needs to do a better job of connecting issues of race, class, poverty and sustainability; in short, it has to become a broader social movement. And people of color need visibility in the movement. By that, I don’t mean Barack Obama presiding over environmental policy from the White House or Lisa Jackson heading the Environmental Protection Agency during Obama’s first term. I mean the recognition that sustainable survival practices in poor communities are just as significant as solar panels and LED lights. Ultimately this is where the citizenry of the planet can and must come together in order to move forward.

For communities of color plagued by high rates of homicide, hypertension, cancer, HIV and imprisonment, it is far more urgent to ask people to sustain life than it is to pitch them green politics. In my adopted hometown of Oakland, an African-American male is as likely to be the victim of homicide as he is to graduate from high school at proficiency levels for a California state university. This tragic situation is both systemically entrenched and historically rooted (the destruction of the black home and family was integral to chattel slavery, as was the denial of literacy), making the present prospects for anything but survival bleak in our harshest urban environments. If we’re to talk about the environment in a city like mine, we must examine the impact of the death of another promising black boy on a local, social ecosystem.

Given this fact, it is naive and inappropriate to try to convert everyone to “green living.” We can’t ask struggling communities to change their values; we have to rally them in a different way. Mainstream environmental groups don’t tend to see underresourced neighborhoods as forward-thinking, but poor and working-class people have an intrinsic conservationist ethic, born out of necessity. They need only to develop their own vocabulary so that their actions aren’t dismissed as insufficiently “green” but are valued for their intrinsic merit. This notion goes back to the kind of pedagogy practiced by Paulo Freire, who helped members of oppressed Brazilian communities find new meaning in their everyday actions and use these insights to transform their own lives. The nonprofit-industrial complex, by contrast, too often imposes a set of values that is not easily transferred to the people it is meant to serve.

In underresourced neighborhoods, it is important to create platforms for environmental advocacy that do not revolve around “green” practices. I learned this gradually, beginning with my work mentoring economically marginalized teenagers at the Bay Area literary arts organization Youth Speaks. Some of the teenagers with whom I work are regularly selected to carry poetic messages of environmental accountability to the green movement’s elite global advocates. Invariably, when performing at gatherings featuring Bill Clinton or Paul Hawken, they are among the very few people of color present. Returning to Oakland from one high-profile conference, I was struck by the remoteness of its language—how it didn’t seem to apply to any experience in the urban communities that I lived in or passed through.

The festival series I cofounded, LIFE is LIVING, which features performances on public health and the environment alongside aquaponic gardens and nontoxic graffiti murals, initially employed some of this language. The first festival we hosted in Oakland was called “red, black and GREEN,” a name chosen both to invoke Marcus Garvey’s vision of pan-African solidarity and to serve as a precursor to red, black and GREEN: a blues, my performance documenting sustainable survival practices across African America. The word “green” would appear prominently in five festivals that we subsequently produced, until we realized that the festival wasn’t about “going green.” It was about the celebration of life. And this new message was delivered by artists, health workers and activists who live in urgent proximity to communities impacted by environmental issues, rather than by people considered ecological “experts,” who tend to take an Earthrise-inspired macro view. This intimacy lent integrity to the “messengers,” generating trust and empathy between artists and their audiences.

Once we let go of “green” politics, a single, crucial question remains: what sustains life in a community? Artists across the United States are responding to this question by placing communities in need at the center of environmental conversations. Take the Bay Area artist Keba Konte, who builds low-maintenance aquaponic gardens that don’t take up much space, don’t disturb the earth and can feed a family of four. Konte’s work is among several dedicated practices across African America that integrate creative intellect and environmental health at the local level. His arts-driven take on urban sustainability is part of a national trend that includes the work of DeWayne Barton in Asheville, NC, Rick Lowe in Houston, Theaster Gates in Chicago, Will Allen in Milwaukee and Majora Carter in New York’s South Bronx. Whether reviving decaying buildings or initiating arts education programs, these artists are sustaining their economic, social and physical environments.

With the sustainability of our planet hanging in the balance, it would be wise to continue to turn to the arts as a vessel for kindling empathy and inspiration in historically disenfranchised communities. If the environmental movement practices a more diverse, community-based form of sustainability, then all of us will ultimately benefit, even if it takes a generation. Forget green; let’s figure out how we can all live better together.