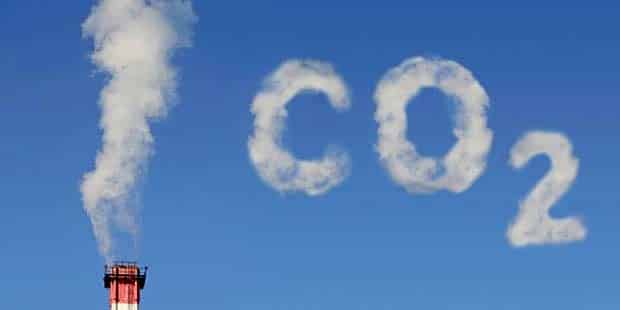 Simon Butler is a member of the Socialist Alliance in Sydney, Australia. He is co-author, with Ian Angus, of Too Many People? Population, Immigration, and the Environmental Crisis (Haymarket 2011)

There is one obvious answer to the climate change crisis that is rarely up for discussion — the government has to take the lead with a huge green public investment drive.

Of course, this is hardly what the climate denying Tony Abbott government intends to do. Same goes for the previous Labor government, which gave fossil fuel companies more than $10 billion in subsidies each year. On a global level, the Worldwatch Institute says public subsidies to the fossil fuel industry could be more than $1 trillion each year.

So even discussing it implies some pretty monumental changes, not least the advent of grassroots movements strong enough to dislodge big business from its domination over public institutions and government policy.

But it’s time we discussed it seriously because if we are not talking about massive public investments in green technology and social services then we are not really talking about responding to the climate emergency.

It’s hardly a secret that political elites are divided about what to do about climate change. Climate deniers worry that responding to it would so impinge on business-as-usual that it’s dangerous to admit there is any problem at all.

Their mainstream opponents reply that climate denial is crazy talk, but the cheapest and most efficient response is to set up clever carbon markets that give polluting firms more public subsidies to encourage them to trade pollution credits with each other.

And every time these emissions trading schemes collapse or fall victim to fraudulent scams, another barrage of reports and articles appear assuring us that these pollution markets really are so very cheap and efficient, despite not having cut emissions.

The mainstream choices on offer are no choices at all. We need a publicly funded response to climate change in the same way we need well-funded public firefighting and ambulance services. Government, not the vicissitudes of the market, must be the institution to act because climate change is the gravest public health issue we face.

Emergency action is needed to cut emissions fast, starting now. It’s rubbish to say, as the two big parties do, that we can start with a 5% or 15% or even 25% emissions cut over 10 years and leave the rest to later this century.

That is a guaranteed path to climate chaos, because climate change does not take place in a linear, straightforward way. Its impacts are non-linear — the build-up of heat-trapping greenhouse gases will cause abrupt and rapid collapse of ecosystems.

A public investment drive in renewable energy, energy efficiency, urban and intercity public transport, reafforestation and low-input farming is the only conceivable way we could drive emissions down fast and prepare for survival in a warmer world.

It’s not just that more than half of the Australian continent experienced record-breaking high temperatures over the three months from August to November. It’s not just that the country has gone through its warmest 12-month period on record, for two consecutive months.

And it’s not just that the Arctic hasn’t been warmer for 120,000 years, that the Earth’s atmosphere hasn’t had as much greenhouse gas for 5 million years or that the recorded pace of climate change is about 10 times faster than at any time in the past 65 million years.

It’s that the science is telling us these kinds of records are becoming the new normal, and new record-breaking extremes will rise above it. It’s that we have already entered an era of dangerous climate change and cannot afford to make it even worse.

Climate scientists say the upper limit of the climate safe zone is an atmospheric carbon concentration of 350 parts per million. We blew that limit years ago. Today, the figure sits above 400 parts per million, and it’s rising faster than ever.

“To even stay within an outside chance of avoiding dangerous climate change” we’d need to make emissions cuts of about 10% a year, says British climate scientist Kevin Anderson. Such a change is not going to happen without the government stepping in to completely reshape the economy, similar to how the government reshaped the economy during World War II.

Stronger public institutions – free public health care and education, public finance and insurance, and public emergency response teams – must also be a big part of the climate response. This is part of the climate adaptation measures we need – public services to make sure no one gets left behind.

A common objection to public investment on this scale is that it is too much like a Soviet-style “command and control” economy, where the government decided everything. That’s not what is being proposed here.

A strong public sector is necessary, but real community and worker control over these institutions is just as important. Without real grassroots democracy – a system where the people decide everything – a public investment drive can be corrupted by unaccountable vested interests.

However, such critics usually can’t see the irony in their defense of the status quo. They can’t recognise that we’ve got a “command and control” economic system right now. Its name is capitalism and it is commanded and controlled by the richest 1%, who put accumulating more and more wealth above everything else, including an inhabitable planet.

The climate change policy discussion we need is whether we can afford to leave the economy under their command and control for much longer. The evidence suggests we can’t.