Massive flooding kills and isolates thousands in Uttarakhand, a predictable disaster caused by the ‘development’ policies of India’s ruling class 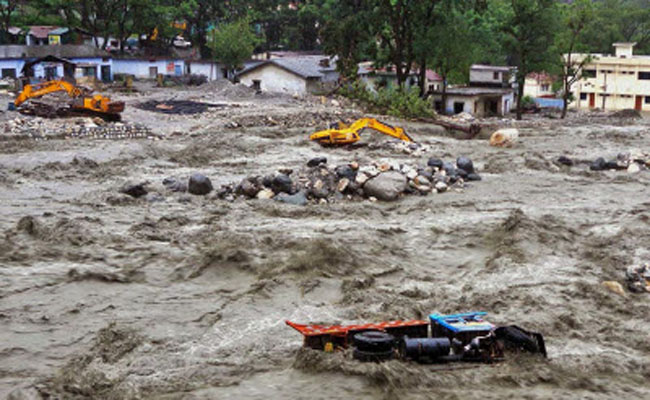 The catastrophic flooding in the Himalayan hill state of Uttarakhand, India, has received little coverage in the western press. Official reports say over 800 people have been killed, but local observers and journalists put the  figure in the thousands. Many more are stranded, and outbreaks of disease are feared.

In this article, Radhika Krishnan, a research scholar at the Centre for Science Policy at Jawaharlal Nehru University, Delhi, discusses the criminal policies that made such a catastrophe inevitable.

“Let us not, however, flatter ourselves over much on account of our human victories over nature. For each such victory nature takes its revenge on us. Each victory, it is true, in the first place brings about the results we expected, but in the second and third places it has quite different, unforeseen effects which only too often cancel the first… At every step we are reminded that we by no means rule over nature like a conqueror over a foreign people, like someone standing outside nature — but that we, with flesh, blood and brain, belong to nature, and exist in its midst, and that all our mastery of it consists in the fact that we have the advantage over all other creatures of being able to learn its laws and apply them correctly.”  –  Friedrich Engels, The Part Played by Labour in the Transition from Ape to Man

Yet again, we have floods devastating the Himalayan region; yet again the same criminal negligence and apathy of the administrative machinery exacerbating the tragedy. The lack of proper disaster management infrastructure in Uttarakhand, the delayed warnings, and moreover the government’s refusal to act on the warnings from the Meteorological department in Delhi – unfortunately, all of this is painfully familiar.

But, even as the people of Uttarakhand bravely attempt to rebuild their lives and shattered livelihoods, we need to remind ourselves that the recent devastation is man-made in more ways than one. These floods and the subsequent destruction have important lessons for us and in fact, point to far more than administrative inefficiency and indifference.

To begin with, we need to remember that the majestic Himalayas, which feed several rivers including the Ganga and the Yamuna and their tributaries, are relatively young mountains. These ‘new’ mountains need to stabilise with time, only then can they even attempt to cope to some degree with constant destabilising assaults in the form of massive construction of roads, highways and dams.

Secondly, the entire Himalayan region is an extremely fragile eco-system that can be tampered with only at our risk, it is an eco-system that demands respect, that requires us to “learn its laws” as Engels so eloquently put it. Something that our policy makers seem to have entirely forgotten in their quest for a ‘development’ paradigm premised on breakneck construction, on repeated interventions in the eco-system without regard to its disastrous consequences.

Time and again, environmentalists have pointed out that the large-scale mining activity in the Himalayas, the spate of hydro power projects, roads and highways will have serious consequences. Landslides and flash floods are after all not new to the people of the region – and with the increasing intensity of implementation of the ‘development’ project, this has only phenomenon has only strengthened in intensity.

The facts speak for themselves: around 300 big and small dams are being proposed over the Himalayan rivers, and according to a study (by the Chinese Academy of Sciences in Kunming and University of Delhi) this will result in the submergence of about 1700 square kilometres of forests.

Mining activity in the Himalayan region has also intensified. And together with the construction of large dams, this process has resulted not just in massive deforestation but also in the literal blasting of the young hills and deposition of huge amounts of debris in the Himalayan rivers.

As the Uttarkashi disaster in 2011-12 proved only too well, deposition of debris from dam construction and mining into rivers accentuates the possibility of flash floods during heavy rains. Moreover, with the government of Uttarakhand bent on promoting unregulated tourism (mostly religious tourism), the levels of traffic on the hill roads have already alarming levels.

According to an analysis done by the Delhi-based Centre for Science and Environment (CSE), the number of vehicles registered in Uttarakhand increased from 83,000-odd vehicles in 2005-06 to a whopping 180,000 by 2012-13. And as this report points out, most of these vehicles cater to tourists.

Moreover, the spate of construction of roads, bridges and entire townships anywhere and everywhere in Uttarakhand – even on the ‘flood ways’ which flank the Himalayan rivers, and of course on the floodplains and terrace regions of the hills – has left rivers in spate with no option but to cause massive devastation.

Ideally, a river needs wide flood ways to spread to in case of heavy rains; these flood ways essentially act as natural flood control mechanisms. Traditionally, large-scale housing and construction on flood ways was avoided. But now this important distinction between floodplains and flood ways has almost been wiped away by human activity.

Together, the paradigm of ‘development’ in Uttarakhand is an ideal recipe for landslides and flash floods. For our policymakers, it seems, concepts like ‘carrying capacity’ just do not exist.

It is not only environmentalists and the people of the region who have been warning the authorities about the possible consequences of unregulated tourism and construction in the hills. The World Wildlife Fund (WII) for instance has warned the government not to go ahead with several hydropower projects planned on the Alaknanda and Bhagirathi river systems in Uttarakhand. According to the WII report, incidentally commissioned by the Ministry of Environment and Forests (MoEF), these projects could destroy 22 per cent of the state’s forestland and affect the unique Himalayan ecology.

Similarly, the Comptroller and Auditor General (CAG) had warned three years ago that the spate of more than 200 hydropower projects in the state could be catastrophic in the event of a flash flood. But, such reports have rarely had an impact on the state’s aggressive promotion of its model of ‘development’. And as Engels puts it, nature takes its revenge on us.

Moreover, it is impossible to ignore the ominous role of climate change in this disaster. Several experts have correctly located the Uttarakhand catastrophe in the depressingly long list of ‘extreme’ climate events with their links to climate change. They point out that flash floods are related to the changing rainfall patterns due to warming up of the atmosphere.

The increased atmospheric temperature causes new precipitation patterns characterized by short spells of heavy rains rather than uniform rainfall over a longer period. It is indeed difficult to divorce the record rainfall of 340 mm in June in the hills from climate change and its impacts. And this, along with massive soil erosion and several other man-made factors only increases the possibility of flash floods.

The Uttarakhand disaster is indeed an ominous reminder to us. It is important not to see this disaster merely as an administrative failure, as the mainstream political ‘opposition’ in Uttarakhand as well as in Delhi is trying to do. The likes of BJP, deeply committed as they are to the ‘development’ paradigm in Uttarakhand – the paradigm of unregulated tourism, of big dams and unfettered mining, of construction of roads, bridges and townships everywhere in the fragile hills – are equally implicated in this disaster. It is high time that we wake up to the need of an entirely new model of development, in the hill regions, and also the rest of the country.

This article will appear in the July issue of the Liberation, published by the Communist Party of India (Marxist-Leninist) Liberation.