West Antarctica is one of the fastest warming regions on Earth 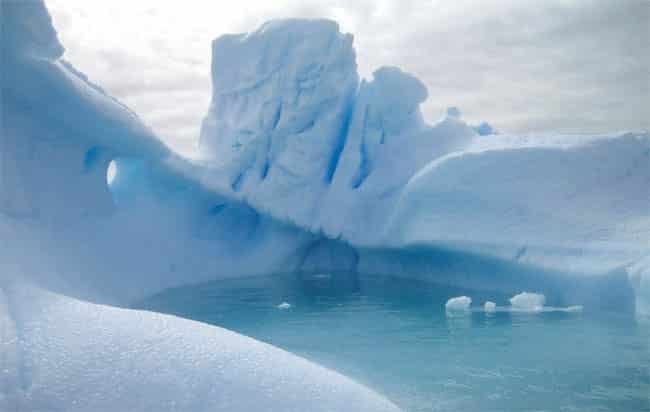 Two new studies conclude that the Antarctic — home to a huge percentage of the world’s frozen water — is heating and melting much faster than we thought.

The December 23  Nature Geoscience reports that temperatures in the western part of the Antarctica are rising twice as fast as previous estimates. A team of scientists headed by David Bromwich of Ohio State University found that previous estimates were based on faulty data, a result of frequent power failures that affect automated equipment at unstaffed bases.

Andrew Monaghan, a co-author of the study, says:

“Our results indicate that temperature increases during the past half century have been almost twice what we previously thought, placing West Antarctica among the fastest warming regions on Earth. A growing body of research shows that the West Antarctic Ice Sheet is changing at an alarming rate, with pressure coming from both a warming ocean and a warming atmosphere.”

The average temperature in the area has risen 2.4ºC since the 1950s,  three times more than the global average. If all the ice in the region were to melt, it alone would raise global sea levels by at least 3.3 metres.

And in the December 12 Nature, a team from the Potsdam Institute for Climate Impact Research examines claims that increased snowfall in the Antarctic, caused by global warming, will offset the rise of ocean levels. They find that although additional snowfall will expand the ice sheet’s area, it will also increase its weight — and that will speed its flow into the sea by up to three hundred percent.

“We now know that snowfall in Antarctica will not save us from sea-level rise,” says co-author Anders Levermann.