Here’s a map of the area. The star is the epicentre of the earthquake, just west of Haida Gwaii (formerly the Queen Charlotte Islands). 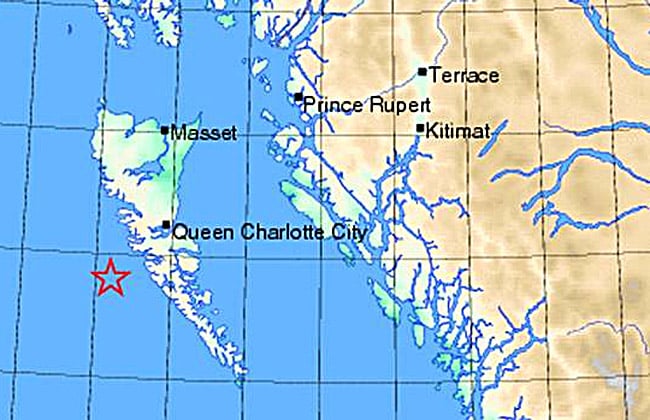 Note the location of Kitimat, which the Enbridge oil vandals and Canada’s anti-environment government want to make into a giant tar sands depot, the termination of the Northern Gateway pipeline from Alberta.

If the plan is approved, over 200 mega-tanker loads of toxic bitumen a year will travel through the narrow strait and along the BC coast, a difficult area for shipping under the best circumstances.

Now try to imagine another earthquake and tsunami occurring while those tankers are making their way through.

By comparison, Exxon Valdez would seem like a minor accident.

UPDATE: EcoJustice prepared this Google Earth mashup, showing the proposed Northern Gateway tanker route, in relation to the recent swarm of earthquakes in the area. Click for larger image. 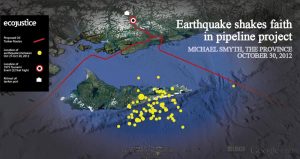