On July 25, 45 tonnes of copper concentrate slurry spilled from a pipeline Santa Rosa de Cajacuy, dousing the village with a witch’s brew of toxic dust and sludge. 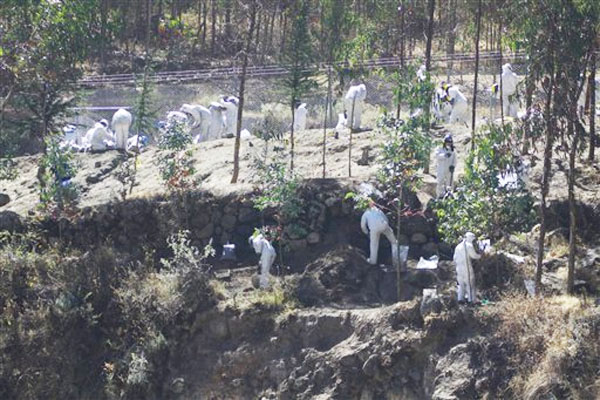 Workers at the Antamina copper mine, wearing white uniforms, clean the river in the mountainous Cajacay District of the province of Bolgnesi, in southeastern Peru. A pipeline carrying copper concentrate laced with volatile compounds burst open on July 25, spilling 45 tons of poison into the village of Santa Rosa de Cajacuy.

According to the mayor, 350 people, including at least 69 children, were treated for headaches, respiratory tract bleeding, nausea and vomiting. 42 people were hospitalized for up to 11 days.

The Antamina mine is owned by Xstrata (UK, Switzerland),  BHP Billiton (Australia), Teck-Cominco (Canada), and Mitsubishi (Japan). The world’s third-largest zinc and eighth-largest copper mine, it made profits estimated at $1.5 Billion last year.