“We cannot solve this crisis with out addressing the root cause: a fossil fuel economy that disregards the rights of Mother Earth” 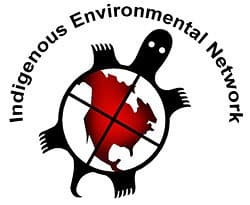 (Cochabamba, Bolivia) As Earth Day celebrations commence around the world, Indigenous Peoples from across the Americas are in Cochabamba, Bolivia today to close the historic conference on climate change and the “Rights of Mother Earth” hosted by President Evo Morales. Morales, the only Indigenous Head of State in the world, called this conference in the wake of failed climate talks in Copenhagen.

As the world prepares for the next round of talks in Cancún, Mexico, Indigenous Peoples vowed today to push for proposals that keep fossil fuels in the ground, protect Indigenous rights, and reject predatory policies like REDD (Reducing Emissions Through Deforestation & Degradation).

“REDD is branded as a friendly forest conservation program, yet it is backed by big polluters and climate profiteers. We cannot solve this crisis with out addressing the root cause: a fossil fuel economy that disregards the rights of Mother Earth,” said Alberto Saldamando, legal counsel for the International Indian Treaty Council. “President Morales has heard our recommendations on the structural causes of climate change and predatory carbon schemes like REDDs, and will bring our voices to the world stage in Cancún later this year.”

This morning President Morales was joined by representatives of 90 governments and several Heads of State to receive the findings of the conference on topics such as a Climate Tribunal, Climate Debt, just finance for mitigation and adaptation, agriculture, and forests.

The working group on forests held one of the more hotly contested negotiations of the summit, but with the leadership of Indigenous Peoples, a consensus was reached to reject REDD and call for wide-scale grassroots reforestation programs. The final declaration on forests states,

“We condemn the mechanisms of the neoliberal market, such as the REDD mechanism and its versions REDD+ and REDD++, which are violating the sovereignty of our Peoples and their rights to free, prior and informed consent and self determination.”

The working group on forests also challenged the definition of forests used by the United Nations, which permits plantations and transgenic trees, saying, “Monocultures are not forests.”

“REDD is not a solution to climate change,” said Marlon Santi, President of CONAIE, the Confederation of Indigenous Nationalities of Ecuador, the largest Indigenous organization in that country.

“REDD has been created by multilateral institutions like the World Bank that routinely violate Indigenous Peoples’ rights and pollute Mother Earth. It is perverse that these institutions are pretending to have the ‘solution’ when they have actually caused the climate crisis. REDD should not be implemented in any country or community.”

“REDD is a predatory program that pretends to save forests and the climate, while backhandedly selling out forests out from under our Indigenous People,” said Tom Goldtooth, Director of the Indigenous Environmental Network (IEN), based in Bemidji, MN. “REDD will encourage continuing pollution and global warming, while displacing those of us least responsible for the crisis, who have been stewards of the forests since time immemorial.”

The declarations forged by the working groups in Cochabamba will be taken to the Cancún summit by President Morales as a counter-proposal to the widely criticized “Copenhagen Accord.” Movements of Indigenous Peoples, trade unions, farmers and environmentalists are also building momentum out of Cochabamba with plans for mass demonstrations in Cancún.