Earth Day is limited by today’s corporate capitalism. In Bolivia, a different imagination is possible. 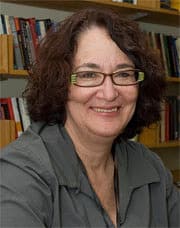 Judy Rebick, a well-known Canadian social justice activist, holds the Sam Gindin Chair in Social Justice and Democracy at Ryerson University. Her most recent book is Transforming Power: From the Personal to the Political.

It’s Earth Day and I wish I was in Cochabamba, Bolivia. More than 15,000 people from 125 countries, including a significant delegation from Canada, is meeting there for the first world people’s conference on climate change.

The mostly Indigenous government of Bolivia is now playing a leading role in making proposals to save the planet from the scourges of greed.

But if my experience means anything, it will be the dynamic of the conference that will have most impact. Two blogs give you some idea of this impact.

The first one from Kimia Ghomeshi a young climate justice activist from the Canadian Youth Climate Coalition. She says:

“I am now about half way through the 3 day peoples conference and feel a great sense of empowerment and sadness all at once. I feel a deep sadness for our civilization that is so incapable of living in harmony with one another and with mother earth. …

“But I also feel incredibly empowered because what I am seeing before me, here in Cochabamba, is a truly global resistance. A resistance to the world’s greatest polluters- polluters who refuse to accept their responsibility for causing this global catastrophe. And this movement is building, becoming more tactful, more united, more committed, with a common vision: Systems change, not climate change.”

Another one from award winning film maker Velcrow Ripper who is starting to shoot his new film, Evolve Love, love in a time of climate crisis, at the Cochabamba conference. Velcrow concludes a wonderful description of the conference and Bolivia itself:

“There is a sense of urgency here at the conference, but at the same time, I feel a great sense of excitement and possibility in the air. It is through the people of the world that real change and real action on climate change is going to happen, not through the nation states, and especially not from the rich nations. This gathering has, so far, been a tremendous start.

“My dream is that a movement of movements builds around the climate crisis, that a million – or better yet a billion – of small gestures can begin to open the hearts of a world that has fallen into separation, so that we can stop being outside of nature, and step inside. So we can come home.”

What is happening in Bolivia today began in Cochabamba when the climate justice movement met up with the Bolivian delegation and the basis for a new and powerful global movement for climate change was born. But without the extraordinary Bolivian process where a marginalized Indigenous majority took office in December 2005, it would not have been possible.

When I was in Bolivia in 2008, I got some idea of the incredible power of the ideas and practices of Evo Morales and the movements he leads. The Indigenous idea that we are part of nature, not outside of it is a powerful idea for an environmental movement that 40 days after Earth Day started has become co-opted by a narrow imagination where the possible is limited by the reality of today’s corporate capitalism. In Bolivia, a different imagination is possible.

When I asked Evo at the time what message Bolivia had for the world, he answered:

“The indigenous communities have historically lived in community, in collectivity, in harmony not only with each other as human beings but with mother earth and nature, and we have to recover that.

“If we think about life as equality and justice, if we think of humanity, the model of the West, industrialization and neo-liberalism is destroying the planet earth, which for me is the great Pachamama [Mother Earth].

“The model that concentrates capital in the hands of the few, this neo-liberal model, this capitalist model, is destroying the planet earth. And it’s heading towards destroying humanity.

“And from Bolivia we can make a modest contribution to defend life, to save humanity. That’s our responsibility. “

Maybe not so modest.