Following my review of The Progress of This Storm, a reader comments on a philosophical fad that is ‘burning through academia faster than a forest fire’ 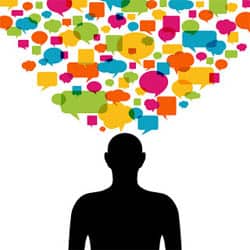 My review of Andreas Malm’s The Progress of This Storm did not address his discussion of “new materialism” a hybridist philosophy that claims inanimate matter has as much agency as humans.  The remarks below, first posted as a comment to that review, remedy my omission. The author is a socialist activist based in Vancouver, British Columbia.

A COMMENT ON ANDREAS MALM’S CHAPTER ON NEW MATERIALISM

I’ve only read the chapter ‘Against New Materialism’ so far. Based on your review it sounds like the rest of the book is as lively. I’m almost jealous of Malm’s ability to cut through bullshit — although I am less envious of the fact that he has to wade through it first.

I remember when I first caught wind of New Materialism and thought that it would at least mean a turn away from idealism in the humanities. No such luck.

New Materialism is burning through academia faster than a forest fire, but as Malm shows, its final effect remains an idealism of the most useless sort: we cannot change our relation to nature since even framing the problem in this way falsely posits a distinction between humans and nature. All we can really do, in fact, is to realize that there is no distinction between humans and things. This is combined with a sort of bizarre vitalism that attributes agency to everything — the net effect of which is virtually to deny human agency altogether.

Malm argues strongly that agency is a specifically human property (that only humans and human collectives may have agency, even if often we do not have much at all).

This is plausible, although it would be enough to at least admit that if non-human things can have agency then this must be both quantitatively and qualitatively different from the kinds of agency that humans may posses — but new materialists resolutely refuse to make even such minimal distinctions. In fact, they seem to be allergic to distinctions in general, take this claim from Timothy Morton: “what spoons do when they scoop up soup is not very different from what I do when I talk about spoons.”

Malm very rightly thinks that such sentences are so obviously vapid that in order to critique them, it is sufficient just to quote them. As soon as they have managed to understand the obscure claims of the various new materialists, most people will readily see that they are absurd. In spite of this, the new materialists are surprisingly influential among a certain layer of students and professors (Unfortunately, academics are not most people. Malm’s irritation with this fact is amusingly apparent.)

Malm probably would not have bothered if not for the fact that new materialists are posing as radicals while actively espousing positions that are absolutely debilitating to any serious action on climate change. As Malm points out, unless you are capable of actually recognizing the specific human agency behind the Anthropocene you will not be able to combat run-away climate change.

There is a secondary benefit to Malm’s critique though: as a total philosophy, New Materialism is explicitly anti-dialectical and anti-historical materialism. Malm dismantles New Materialism with clarity and humor — in so doing, he also demonstrates the power of the Marxist methodology more generally.