After 50 years of debate, academic philosophers of environmental ethics still interpret the world in various ways, but aren’t much help in changing it. 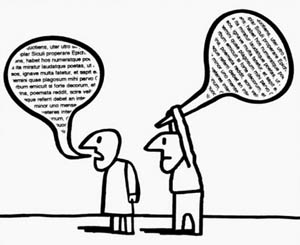 Members of the always interesting and often controversial Great Transition Initiative are currently discussing a paper on environmental ethics and the Earth Charter. A selection of the participants’ responses, along with the author’s original essay and his concluding thoughts, will be published in the public section of the GTI website in February.

I submitted the following comments on January 24.

“As historical experience reveals, voluntaristic wishful thinking — often wedded to a direct appeal to the authority of claimed moral imperatives — tends to predominate in politics precisely at times when the advocated political objectives are poorly grounded, due to the inherent weakness of those who promote them. Direct appeal to morality in such political discourse is used as an imaginary substitute for identifiable material and political forces which would secure the realization of the desired objectives.” — István Mészáros

The argument for a new environmental ethic, simply put, is that the dominant worldview in modern society considers human needs to be more important than those of non-humans. So long as such anthropocentric ethics predominate, the destruction of the natural world will continue unabated.

“If humans are taken to be more valuable beings than other species, then it would always follow that any human need, want or desire must necessarily take priority over the need or interests of nonhuman nature, no matter how critical or essential the latter needs may be.” — Robyn Eckersley

What’s needed, therefore, is a new system of ethics that recognizes the moral right of non-human nature to exist and develop without human interference and regardless of human needs.

The founders of ecocentric philosophy were convinced that they were making fundamentally important major advances in philosophy and ethics. Roderick Nash described the conclusions of environmental ethics as “revolutionary” and “arguably the most dramatic expansion of morality in the course of human thought.” That sounds radical, but in practice, evolutionary ethics has proven very difficult to pin down. Conflicting interpretations of non-anthropocentrism and intrinsic value multiplied.

The debates go on and on, reminiscent of medieval scholastics discussing how many angels can dance on the head of a pin.The philosopher Alasdair MacIntyre says that in our time, “in moral argument the apparent assertion of principles functions as a mask for expressions of personal preference.” The result is “simulacra of morality” characterized by interminable debates in which there is no rational way to choose between the various positions (After Virtue, 1985).

That’s certainly true of the debates among environmental ethicists. After fifty years of discussion, there is no agreement on what ecocentrism and biocentrism and intrinsic value and other key terms might actually mean in practice.

Indeed, the most notable feature of these debates is how abstract they are. Book after book discusses environmental ethics while making few concrete references to actual environmental problems. Instead, we are presented with “social/moral theories which presuppose a world radically different from the one we occupy, thereby rendering them irrelevant as solutions to the problems which face us in the real, non-fantasy world” (KeekokLee).

A case in point is Richard Sylvan’s widely cited “last man” argument for a new environmental ethic. Under the basic chauvinism that characterizes existing Western ethical systems, he wrote, it would be morally acceptable for the last man on earth to systematically and deliberately destroy every other living thing on the planet.

This fantasy has been justly called radically under-described. What happened to everyone else? Did they all die at once, or was this a long process? Could one man actually destroy every living thing? Why would the last man destroy everything? Is it wanton destruction, or an act of despair, or some bizarre religious rite?

Even if we willingly suspend disbelief in Sylvan’s Twilight Zone scenario, why should anyone believe that the existence (or not) of ecocentric ethics would have any effect whatsoever on the behavior of the last man — or of anyone else, for that matter?

MacIntyre’s critique of interminable moral discussions that “apparently can find no terminus” has rarely been better illustrated. The participants in these debates are professional academic philosophers using the most sophisticated tools of argument and analysis that the field has developed. The fact that they cannot agree strongly suggests, as MacIntyre says, that there is something fundamentally wrong:

“If those who claim to be able to formulate principles on which rational moral agents ought to agree cannot secure agreement on the formulation of those principles from their colleagues who share their basic philosophical purpose and method, there is once again prima facie evidence that their project has failed.”

“If all environmental values are anthropocentric and instrumental, then they have to compete head to head with the economic values derived from converting rain forests to lumber and pulp, savannas to cattle pasture, and so on. Environmentalists, in other words, must show that preserving biological diversity is of greater instrumental value to present and future generations than is lucrative timber extraction, agricultural conversion, hydroelectric impoundment, mining, and so on. For this simple reason, a persuasive philosophical case for the intrinsic value of nonhuman natural entities and nature as a whole would make a huge practical difference.”

To take this seriously, we have to believe that only the absence of a “persuasive philosophical case” has allowed giant corporations to continue destroying forests and savannas.

Imagine the president of Exxon or Monsanto explaining to shareholders that profits are down because a professor had alerted them to the intrinsic value of nonhuman natural entities. Imagine the shareholders applauding vigorously and voting him a big bonus for extending moral consideration to ecosystems!

In the real world, a mountain of hard scientific evidence, including detailed accounts of the probable impact of global warming on both human and nonhuman nature, has made no practical difference to greenhouse gas emissions. The power and profits of the fossil fuel industry and its allies determine the environmental agenda, not science or ethics.

“Lucrative timber extraction, agricultural conversion, hydroelectric impoundment, mining, and so on” don’t continue because of bad philosophy, but precisely because they are lucrative. Morality has nothing to do with the plunderers’ decisions: so long as it is profitable to destroy the earth, and there is no counterforce that can to stop them, they will continue to do so, even if they undermine the sources of their wealth and the conditions that make the earth livable.

That is not to say that anti-ecological behavior should not be condemned on moral grounds — rather, it is to insist on the vital distinction between morality and moralism. As Perry Anderson writes, that distinction helps overcome the tendency of moral judgments “to become substitutes for explanatory accounts of history.”

“Moral consciousness is certainly indispensable to the very idea of socialism: Engels himself emphasized that ‘a really human morality’ would be one of the hallmarks of communism, the finest product of its conquest of the age-old social divisions and antagonisms rooted in scarcity. Moralism, on the other hand, denotes the vain intrusion of moral judgments in lieu of causal understanding.”

Moral judgments in lieu of causal understanding — that phrase should be inscribed over the entrance of every department of environmental ethics.